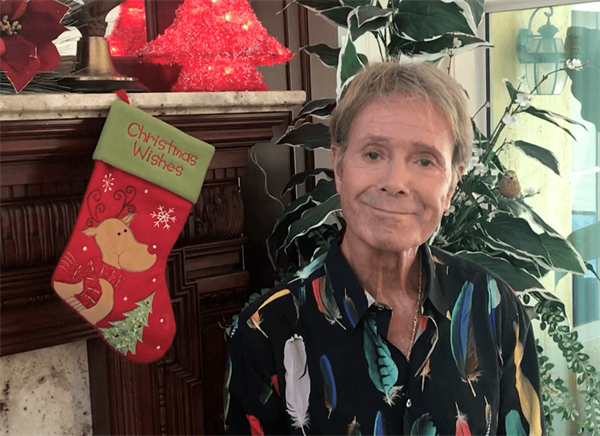 National treasure Sir Cliff Richard has recorded a video message for young brain tumour survivor Lyra Cole. The singing legend was responding to the news that Lyra’s Christmas single, a cover of ‘When a Child is Born’, has reached number one in the music download charts, beating Stormzy to the top spot.

Six-year-old Lyra, from Somerset, made the Christmas song for Brain Tumour Research, after going through emergency brain surgery as a five-month-old baby. Lyra’s tumour was a low-grade choroid plexus papilloma, a type most commonly discovered in children, often before they reach their first birthday.

Lyra and her aunt, Jessie Hawkins, chose to raise money by covering the song – also covered by Cliff in 2003. In the video, standing in front of a festive fireplace, the legendary singer says he thinks Lyra’s version is ‘absolutely wonderful’. He describes her as a ‘beautiful, brave young lady’ and says he is ‘thrilled’ she made the record to help other brain tumour patients in future. He pays tribute to Lyra’s ‘fantastic’ singing and wishes her all the luck in the world, adding that the song deserves to get to number one in the charts.

The music video has been viewed more than 62,000 times and has attracted messages of support from around the world.

Jessie, Lyra’s aunt told us: “We are so thrilled with the response we have had and to get a message from Sir Cliff really is the icing on the cake. We hope that when people listen, they think about everything Lyra has been through and make a donation to give hope to families who, like us, know the devastation caused by a brain tumour.”