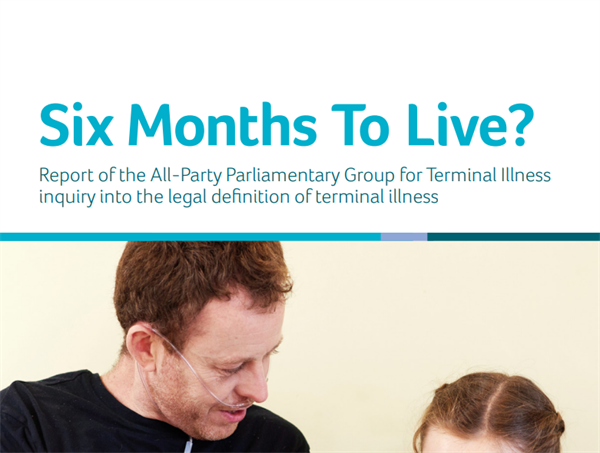 An inquiry by the All-Party Parliamentary Group on Terminal Illness (APPGTI) has published its final report. Brain Tumour Research submitted evidence earlier this year and we are glad that the inquiry has recommended reforms to the present system. Currently, it is much harder for those who have a terminal condition, such as a brain tumour, to access financial benefits if their prognosis is longer than six months.

Instead of this arbitrary six-month time limit, Brain Tumour Research believes that the opinion of a patient’s medical team should be considered and we were delighted that the APPGTI has suggested this should be enacted.

Key recommendations from the report include:

Speaking at the launch of the report, Chair of the APPGTI, Drew Hendry MP, said that the report’s recommendations merely sought “compassion and dignity for all those with terminal illness, their families and all of those people who support them”.