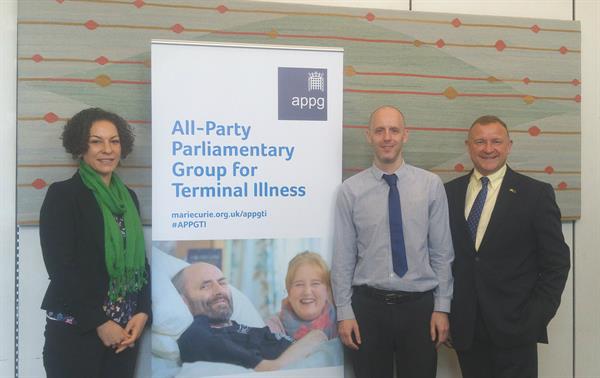 The current legal definition of terminal illness in the UK, which was written into legislation in 1990, states that someone must have six months or less to live to claim fast track access to a number of benefits at the highest rate under the Special Rules for Terminal Illness in the UK.

An Inquiry launched by the All-Party Parliamentary Group for Terminal Illness (APPGTI) has sought to build evidence and gain better understanding on whether the definition is still fit-for-purpose.

Having submitted written evidence to the Inquiry stating that the definition is in need of reform, Brain Tumour Research was invited to give oral evidence in Parliament this week (6th June).

A number of stakeholders, organisations, and individuals have provided written and oral evidence to the Inquiry. The APPGTI will collate evidence and publish a report that makes recommendations to Government.

We will update you when the report is published.