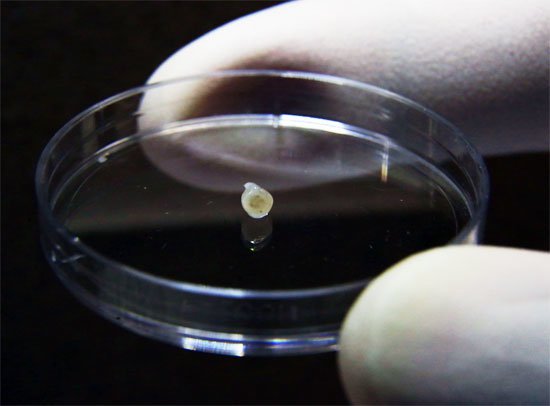 In the three years since biologists discovered how to create “brain organoids,” the lentil-sized structures have taken the field of neuroscience by storm. Brain organoids are made by taking human stem cells, mixing them with special molecules in lab dishes, which then transform them into a variety of specialist brain cells. The dishes are then placed within special chambers called bioreactors that keep them warm, encouraging the cells to form blobs with working neurons and many other features of a full-size human brain.

American oncologist, Dr. Howard Fine, is one of the few scientists using organoids to study brain cancer with the aim of personalising glioblastoma care by screening drugs in mini versions of cancer patients’ actual brains containing their own tumour cells.

In his recent interview with STAT, Fine talks about the fact that when scientists transplant pieces of human glioblastomas into mouse brains, the standard research approach, the result doesn’t mimic what happens in people. Although, mice models can be useful, one problem is that the mouse brain is very different from the human brain. Another issue is that the transplanted pieces of tumour can be very different from cancers when they are present within actual human brains. Fine and colleagues reported in 2006 that real-life glioblastomas grow and spread and resist treatment because they contain what are called tumour stem cells. However, tumour stem cells don’t grow well in the lab, so they don’t get transplanted into mouse brains.

According to Fine’s unpublished findings, when he puts glioblastoma cells from patients into lab dishes with brain organoids, the cells attach to the surface of the organoids, burrow into them, and within 24 to 48 hours grow into a mass that eventually “looks exactly like what happened in the patient’s own brain”.

It is hoped that research focusing on brain organoids might shed a new light on our understanding of brain cancer and challenge methods of studying brain tumours and finding cures. Recognising each patient’s brain as unique, with its distinctive immune system and genetics, and personalising treatments seem to be a really exciting way forward.