Tom was an adored son and soul-mate to his partner Sarah. They loved to go out to eat or enjoy techno electronic dance music – Tom was a DJ. Then, with no warning, Tom had a seizure which led him to be diagnosed with a glioblastoma multiforme brain tumour. He survived for three years, passing away, aged 33, because there were no further treatment options.

Here is Tom’s story, as told by his mother, Sally…

As a child, Tom was a delight – he was good at school, especially at drawing and sport – and was always such fun.

As well as sport, Tom loved his beloved Aston Villa, but his real love was techno. He was a DJ and travelled far and wide, including to the US, to watch others. He had built up a huge techno family and his network spread across the world, including into the Far East. 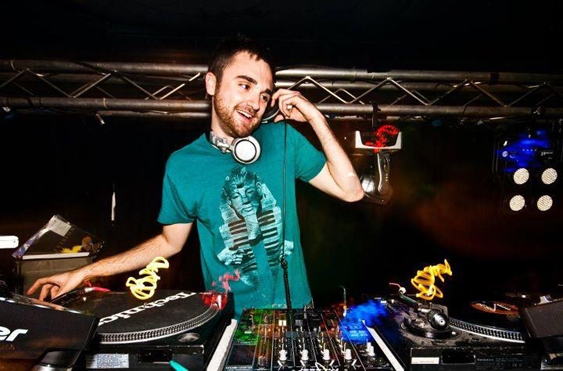 Tom was 6’ 5” tall, friendly, out-going, sociable, enthusiastic, and very good-looking. He started going out with Sarah in September 2012, about three and a half years before we knew anything was wrong.

The first time his dad David and I met Sarah was when Tom brought her to my 60th birthday celebrations. It was soon clear that they were very good for each other.

He was a manager in a recruitment agency, having recently been promoted, and loved his job which involved meeting people. Tom had lots of friends and had just got his first car: living in Manchester he hadn’t really needed one before. 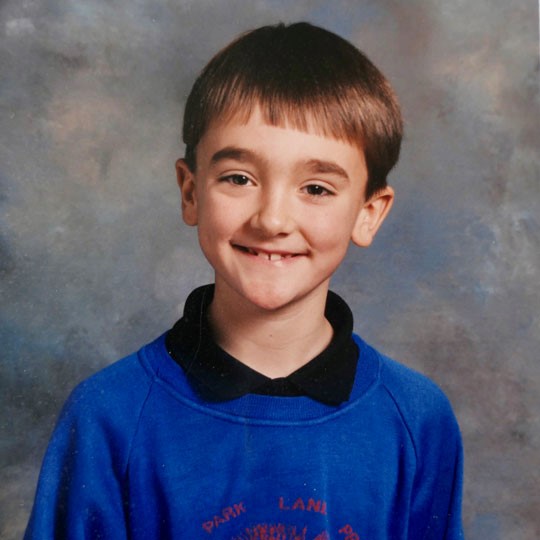 “Then, out of the blue, in February 2016, Tom had a seizure while at home in Manchester. He had no early warnings like headaches or balance issues.”

Sarah, who by then had moved from Liverpool to live with Tom, was terrified and rang a friend who was a nurse. By the time she got there, Tom had recovered but they took him to A&E where doctors carried out checks. They were satisfied that this was a one-off.

His GP also thought the seizure was a one-off, but nevertheless, Tom had his driving licence taken away.

On Friday, 4 March, Tom had another seizure – this time at work. He was taken by ambulance to the Manchester Royal Infirmary. His dad and I were at home and Sarah was at work. After a scan, Tom was transferred to the neurology department at Salford Royal Hospital. He spoke to us on the phone while critically ill in intensive care, having seizures.

By the Saturday, David and I were with Tom in hospital where he had had a stent put into his head. 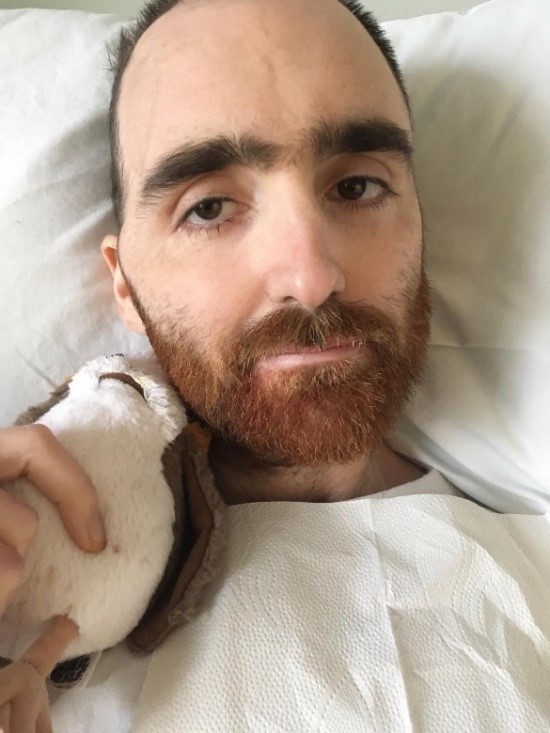 We saw the surgeon on Sunday. Tom had been put into an induced coma because of all the swelling in his brain. She told us she was planning on surgery the following day.

The surgery went ahead and lasted around 10 hours. We were told that it wasn’t possible to remove all of the tumour without affecting Tom’s mobility.

On Tuesday, Tom was still very much under sedation and hooked up to lots of machines.

“The following day Tom regained consciousness, but thought he was still at work. He was very confused. He had to wear mittens on his hands to stop him pulling out tubes.  ‘Get these off me, Mum!’ he shouted at me.”

A week or so later, however, Tom was ready to be discharged, sporting a big scar across his head. The neurosurgeon told us they had removed as much of the tumour as they could without damaging Tom’s left-side. She explained the tumour was actually a grade 3, but, as it was very likely to be fast-growing, they would treat it as a grade 4 glioblastoma multiforme (GBM) and that an oncologist would be in touch to talk about a programme of chemotherapy and radiotherapy. I remember Tom saying: “I didn’t think it was just a headache!”

I felt totally devastated. I knew that grade 4 was the worst it could be and it certainly wasn’t good news that they wanted to start follow-up treatment as soon as possible.

However, Tom had issues with the scar not healing and ‘head juice’ coming out which delayed the start of his treatment programme. 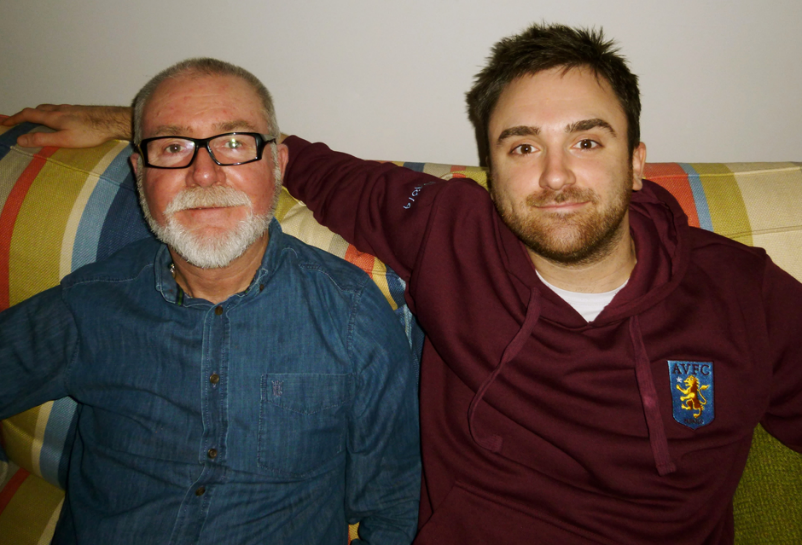 Finally, he had an appointment at the Christie in Manchester to have his radiotherapy mask fitted, but they couldn’t go ahead with the fitting as his head was still too swollen.

Then Tom was readmitted to hospital with an infection and had to have his wound opened up and washed out. He was on intravenous (IV) antibiotics for six weeks, spending three of these in hospital.

Eventually, at the beginning of May, Tom began six weeks of radiotherapy and concurrent chemotherapy. I was with him for the first three weeks, taking him to all his hospital appointments.

“He would walk into his radiotherapy sessions just as if he was going to a party – he was always so positive, just as Sarah always was.”

Sarah was a huge help and support to Tom. 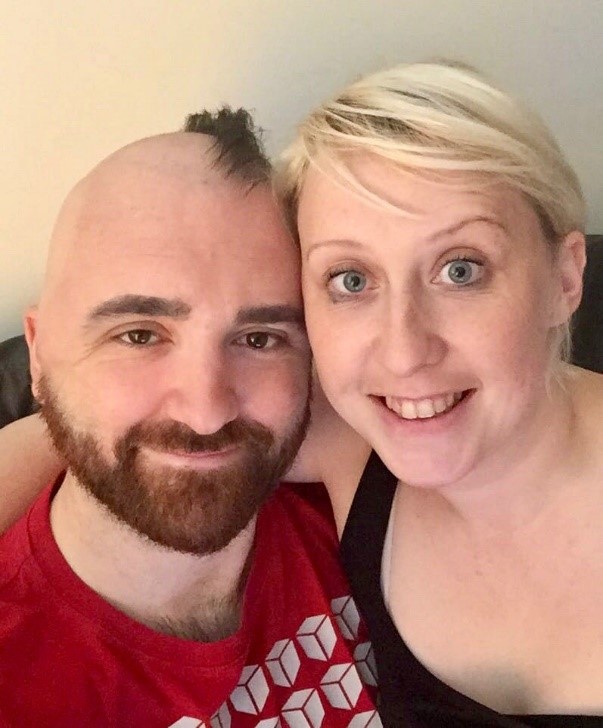 Further scans revealed no change. Tom, however, didn’t return to work ever again because he remained too ill and was still having seizures and taking lots of medication. Between us, David and I spent lots of time with Tom, allowing Sarah to continue to go to work.

A scan in January 2017 indicated that the tumour had reduced slightly so we all went out for lunch to celebrate.

Tom couldn’t do much as he was always so tired. He tried different diets but nothing helped to restore his energy. He did, however, manage to take on the fastest zip line in the world, Velocity 2 in North Wales, which travels at speeds of over 100mph, as well as go on a barge trip in Wales and have a holiday in Amsterdam.

By the spring of 2018, Tom was absolutely exhausted and suffering permanently with an upset stomach, so he couldn’t go out.

It turned out that his pituitary gland had packed up so he was put on steroids, which initially had an amazing impact, allowing him to go on holiday to Crete in June. He returned home feeling cheerful and lively.

Tom was still taking chemotherapy tablets, but, devastatingly, a scan in August revealed that the tumour had become active again.

We waited for a multi-disciplinary meeting in September when it was decided to try IV chemotherapy because surgery wasn’t an option.

Tom had two cycles of chemo at the Christie, but by October he was very poorly. It was thought he had a chest infection. 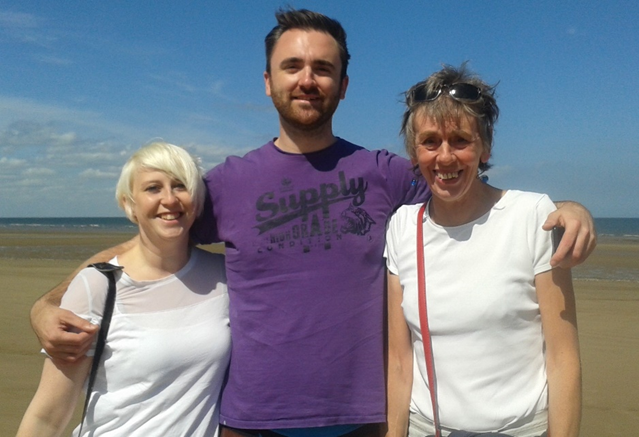 More radiotherapy was scheduled to start around Christmas so we went up to Manchester to be with Tom. He wasn’t at all well, was completely exhausted and, by this stage, was struggling to walk. On Christmas Eve we took Tom to the Christie and we had to get a wheelchair to get him into the hospital. They didn’t want to keep him in so he was discharged on Christmas Eve. Tom tried his best to make it a normal, cheerful time. David and I went home on Boxing Day to leave Sarah with Tom as she had some annual leave booked.

“On 30 December we had a phone call from Sarah who was extremely distressed. Tom couldn’t walk at all. We told her to ring 999. Tom was admitted to the Christie where they discovered the tumour had spread to both sides of his brain.”

It was then we truly realised how serious Tom’s condition was. He never walked again and could not communicate properly any more.

Tom remained in hospital until 21 January when he was transferred to St Ann’s Hospice. We went in everyday, while Sarah never left his side.

“For three months more or less, we watched our son die. He had lots of visitors, many of whom came and cried.”

At first Tom knew who they were. It was heart-breaking seeing him often getting so agitated, but not able to verbalise what was wrong.

The nurses told us he wouldn’t be feeling any pain, but it was still a horrendous nightmare, knowing he couldn’t speak, move or do anything, yet was still very aware. I can’t think of anything worse.

Around 300 people came to his funeral – too many to get into the crematorium – and a tribute page in Tom’s memory raised more than £17,000 for Brain Tumour Research.

Sarah and Tom had been in the process of buying a new-build together in Levenshulme – part-rented and part-mortgaged, but the process dragged on and Sarah ended up moving in after Tom died. She had never lived on her own before.

We are intent on supporting research to find a cure as we don’t want this to continue happening to others. GBM is a silent killer with often no apparent symptoms until it is too late. It also affects so many young people compared with other cancers. 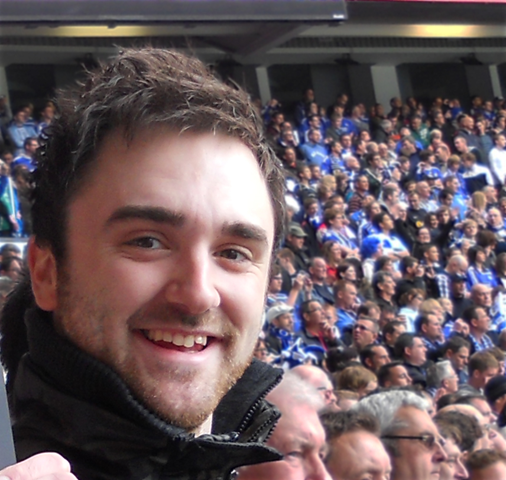