Susan was diagnosed with ‘lesions on the brain’ in November 2010 and died just six weeks later, aged 42.  As well as being a very special wife, mother-of-two and daughter, Sue was a committed and integral member of her North London, Roman Catholic parish and was always on hand to support, listen and help people in crisis, even when she had problems of her own.

Here is Susan’s story as told by her father, David…

“It was humbling how Sue faced death with such courage – she was truly amazing.  Her most worrying thought was how her family would cope when she had gone – she said: “I have got the easy job, I am going to die – you have got the hard job, carrying on without me.”

Susan was the eldest of our four children – we had three daughters and our youngest was a son.  Sue was a beautiful, lively, intelligent child, filled with a sense of joy, who always seemed to attract others to her with her warmth and loving nature.

Sue met Joe, the man she was to marry, in July 1992, at Saracen’s rugby ground on her 15th birthday.  They were blessed with two children – Sasha, born in 1998 and Daniel born in 2000.  Her family was very important to her – she was a loving daughter, wife and mother to her two children; a rock upon which a family was built.  Sue was a shining light, a beacon, in fact.  Her personality, warmth, beauty and love were on display for all to see.

Sue was an integral member of St Monica’s parish in Palmers Green – a strong North London, Catholic community.  She was always on hand to support, listen and help.  If any of her friends found themselves in a crisis, for example in their marriage, Sue would drop everything and help, even when she had her own problems.

Another very important part of Sue’s life was her career spent in recruitment with Reed, where she spent many happy years helping people find jobs, with many of these clients and colleagues becoming close personal friends.

Over the years, several members of our family have been diagnosed with cancer which had quite an impact on her and inspired Sue to take on five ‘Race for Life’ runs (the last one just six months before she died) to raise funds for Cancer Research UK, as well as a skydive, even though she was petrified of heights.

Eighteen months before she died, Susan changed careers and went to work at St Ignatius, a local Catholic college, where she worked in the office with specific responsibilities for the care of the students and contact with parents.  She loved this job with a passion that was visible to all, be it the children, their parents, or her fellow staff members.

On Thursday, 26th November 2010, at around 11.30pm, I received a phone call from Sue.  She told me that on the Monday of that week she had been in the canteen and someone had handed her a cup of tea which she had inexplicably not been able to grasp and it had gone straight through her hand.   She had gone to see the GP who had been concerned enough to request an MRI scan which Sue had gone to that day with her father-in-law (as she hadn’t wanted to worry us).  She told us that the doctors had found ‘lesions on the brain’.  I knew straight away they were talking about ‘brain tumours’ and was understandably shocked and heart-broken.

My faith was the only thing that kept me strong.  The very next day I asked everyone I knew to request that a Mass be said in Church for Susan.  In all, around 200 Masses were said around the world in places as far and wide as Africa and Australia.  Sue’s two best friends also started planning to take Sue to Lourdes in the South of France, a major place of Roman Catholic pilgrimage, where countless miracle cures have been documented.

Sue underwent surgery that night and on 10th December we were given the results of the biopsy; Sue had a grade 4 glioblastoma multiforme (GBM4), the most aggressive and incurable type of brain tumour.  She was given a prognosis of just six months to a year.

It was humbling how Sue faced death with such courage – she was truly amazing.  Her most worrying thought was how her family would cope when she had gone – she said: “I have got the easy job, I am going to die – you have got the hard job, carrying on without me.”

Chemotherapy treatment was supposed to have started in December, but the oncologist was ill.  Then Sue herself was ill.  Our granddaughter, Sasha, rang to say: “Mummy’s very ill.”  Her eyes were rolling in her head and she was having a massive seizure which starved her brain of oxygen.  An ambulance was called and Sue was put into an induced coma over Christmas.

On New Year’s Eve, Sue was able to get out of bed and come downstairs just before midnight for a toast with her family.  The following day, Sue came over to us for a visit, along with her husband and children, who didn’t know she was dying.

My two daughters visited Sue and encouraged her to write something that the children would have to keep after she was gone, which she agreed she would do.  She also asked that when she died her sister Niki should take care of her children.

Sue, however, suffered another fit on the Sunday and was admitted to the Royal Free Hospital.  The following day, she kept ringing for a nurse to help her go to the toilet, but kept being ignored so she got up by herself and ended up smashing her head on the site of the tumour, rendering herself unconscious.  It had been planned that the delayed chemotherapy would start the next day and, so, frustratingly, this was put off again.

In the end, Sue never got to start the chemotherapy properly – she managed just one day before it had to be stopped.  Tragically, she didn’t have the opportunity either to write some special words to treasure for her beloved children Sasha and Daniel.  Sadly, they only got to see her once when she was in a coma, on the day before she died, when they spent time combing her hair and cuddling her.

Sue was also too ill for the trip to Lourdes in search of a miracle to take place.

It was heart-breaking when Sue had a relapse and passed away, just six weeks after her diagnosis, on 8th January 2011, and just two days before my birthday.

Her funeral was attended by over 800 people and we received more than 400 cards and letters after her death.

A young priest asked me if I was angry with God for taking Sue.  I explained to him that I had enjoyed a close bond with Sue because of our shared love of God and that I saw it as a blessing that I got to have 42 years with my lovely girl and still had her lovely children.

While Sue was in hospital we discovered that two other young people in our parish, who later died, were undergoing treatment for brain tumours – one young man was in the room right next to Sue in hospital.  Also, a close friend of Sue’s had lost her mother to a brain tumour in 2009 and subsequently her brother died from secondary brain cancer.  After Sue died, we also learnt that a further two parishioners had, a few years earlier, both lost their fathers.

With the knowledge that brain cancer has had such a big impact on St Monica’s, we decided to set up a charity known as ‘In Sue’s Name’ in memory of our beautiful daughter Susan and all these other loved ones.  We have set ourselves a target to raise £1 million by 2027 to provide crucial research funds to support the Brain Tumour Research Centre of Excellence at Queen Mary University of London.  Research into brain tumours is woefully underfunded and treatments for this devastating disease have barely moved on for decades.

We hope also that, seeing what In Sue’s Name is doing, it will help Sasha and Daniel understand how much their mother was loved.  They were just 12 and 10 years old respectively when they lost her and Sasha in particular found her teenage years very difficult without her Mum.  We now have new life in the family as Sasha has given birth to her own daughter – a granddaughter that will never get to meet her wonderful grandmother.

Brain tumours are the biggest cancer killer of children and adults under the age of 40, yet just 1% of the national spend on cancer research has been allocated to this devastating disease.  At the current rate of spend it could take 100 years to find a cure. If you have been inspired by Susan’s story you may like to make a donation via www.totalgiving.co.uk/donate/in-sues-name 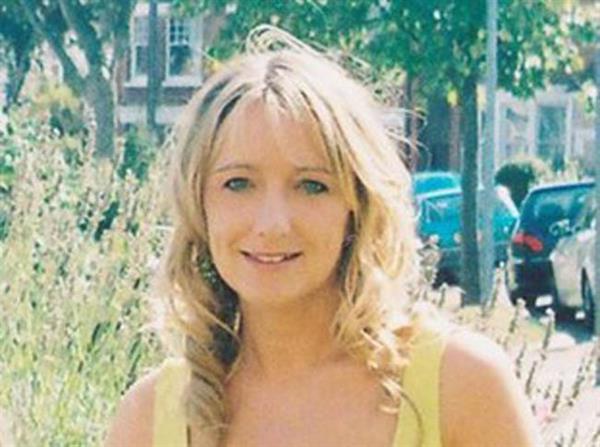