Steve, a loving dad to seven-year-old Rosie, was multi-talented, being a graphic designer, a drummer in three different bands and a toy photographer. He was diagnosed with a grade 4 gliosarcoma – a rare, fast-growing brain tumour – and passed away, aged 45, less than nine months later, just two weeks after getting married.

Here is Steve’s story as told by his wife Hannah …

“Steve was so creative and talented, the most generous, kind soul. He was so easy to love. I am so grateful to have had him in my life, even if it was for such a short time.”

I first met Steve, a well-known face on the Norwich music scene, when I booked The Hard Working Blues Band – one of three bands in which he was the drummer – for a gig in January 2020. We got talking, there was an instant attraction and we got together. However, just a couple of months later, the beginning of the first lockdown of the COVID-19 pandemic forced us apart for 10 long weeks as Steve remained in his home looking after his young daughter, Rosie. We kept in regular touch and had lengthy chats on the phone every night. 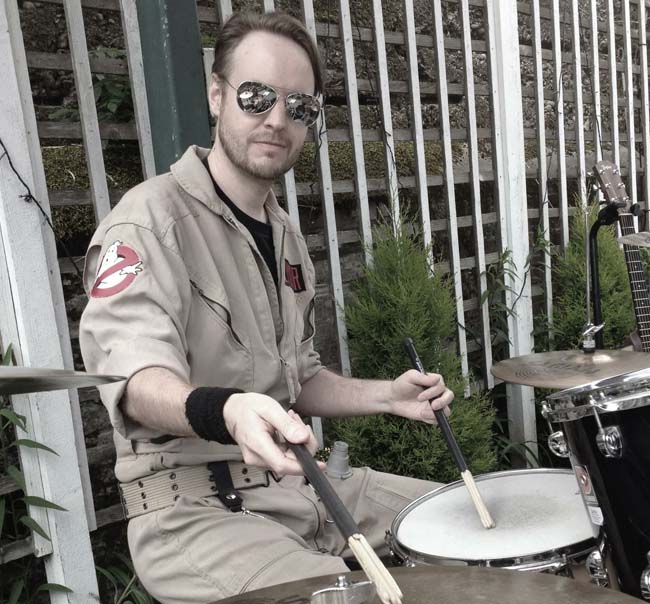 “We thought we were set up for a long and happy future together. But fate took an unexpected turn.”

Steve was very slim and healthy and didn’t smoke. Sure, he liked a drink but there was never any indication that he would suffer with anything serious, nor at such a young age.

During the pandemic, Steve was furloughed and then made redundant, but in July 2021 he started a new job as a graphic designer with Booja Booja – the Norwich-based vegan chocolate and ice cream manufacturer. Around the same time, he started having headaches, but we put that down to the stress of being in a new job with a new routine. However, after the August Bank Holiday, Steve started vomiting too and wasn’t getting any better. 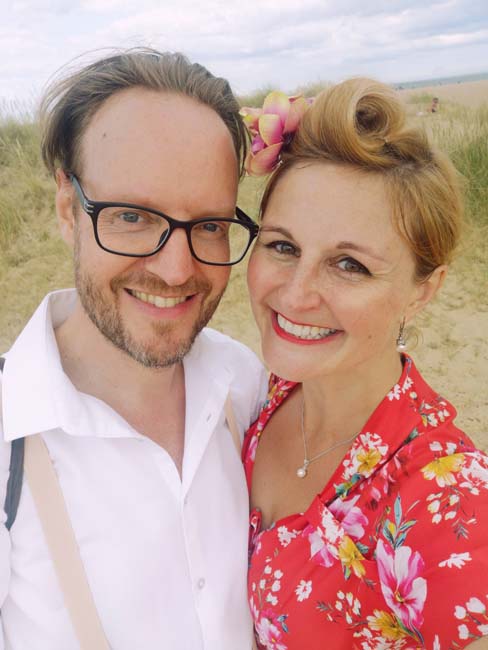 On 3 September, Steve went to Specsavers to rule out any change to his prescription. The optician saw something of concern and sent him straight to A&E at the Norfolk & Norwich University Hospital, which was where an MRI scan revealed the shocking reality that he actually had a brain tumour.

At the end of September 2021, Steve was at Addenbrooke’s Hospital where surgeons were successful in removing everything they had hoped to of a 22mm tumour, which turned out to be a grade 4 gliosarcoma.

“I remember doing some research and the very first thing I discovered was that fewer than 5% with this type of brain tumour live for five years or more. I had been looking for comfort and couldn’t believe how little hope there was. I couldn’t read any more for fear of what else I might find.”

After the craniotomy, which at least gave us a few more precious months together, Steve started on radiotherapy and chemotherapy, which finished just in time for Christmas. We celebrated hard, spending Christmas Day at my parents’ house with my brother and sister-in-law, my niece and godparents, Steve’s parents and his daughter, as well as his best friend. It was a huge crowd all together which, with hindsight, was absolutely perfect.

In January, Steve went back on chemo and we had great news at on 24 January when a scan showed no regrowth – a lovely cause for celebration!

Not long afterwards, in February, Steve had a bad reaction to the chemo and was put on steroids, which looking back must have masked symptoms of regrowth, because on 4 April, after an MRI, we were told the earth-shattering news that the tumour was back and three times bigger than before. On top of that, they said nothing more could be done.

Our immediate thought was to get married as quickly as we could and we managed this just a few weeks later on 14 May with a beautiful celebration along with 90 friends and family in my parents’ garden. It was a lovely day, even though Steve was already deteriorating and in a wheelchair. 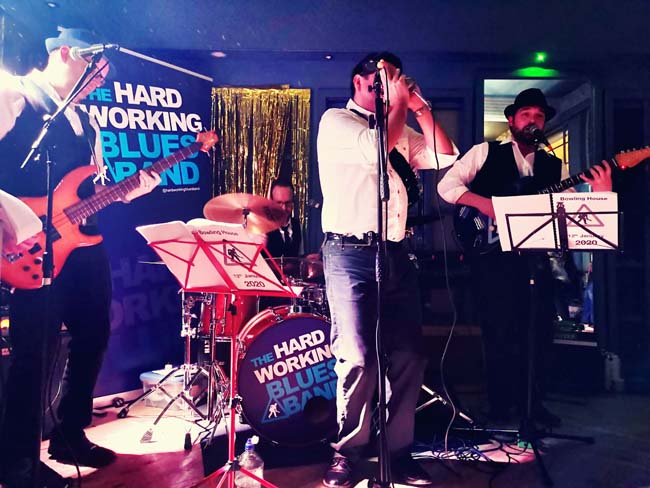 Steve was the most amazing person with so many passions and hobbies. He had graduated from the Norwich University of the Arts with a degree in graphic design and had been involved in music since before going to uni. He and his brother Martin and best friend Adam set up The Booze Brothers (a nod to The Blues Brothers and a real fun party band) when he was 17 and they were all at Stalham High School – there’s still some of Steve’s artwork on the walls there. He left his mark!

Along with The Hard Working Blues Band, again with Adam and Martin, there was also The Avi80rs, an acoustic 80s band with lots of neon and polyester and Steve with his flashing drumsticks! 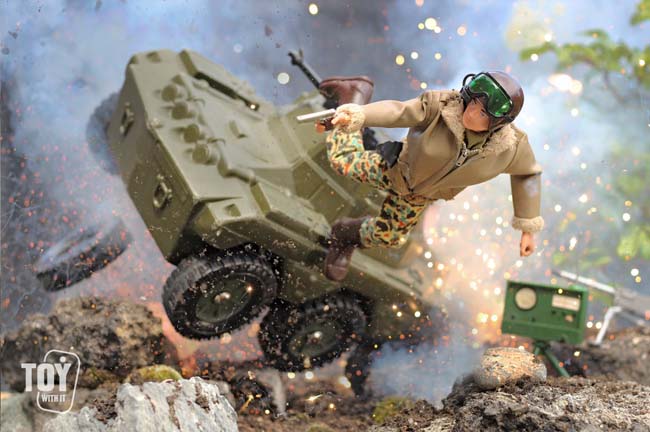 Steve was also an avid collector of restored vintage Action Man toys from the 60s and 70s, and amassed 97 in total! The pandemic and being made redundant gave him the time to develop his creative skills and turn his hand to dynamic toy photos of Action Men being blown up in explosions (using fireworks and blow torches), or submerged in water (in fish tanks) while being threatened by sharks, to name but a few. He shared these inventive images on Facebook and Instagram under the account name Toywithit and created quite a following.

There’s quite a big community of toy photographers and Steve was just starting to make his name in this field. He’d been interviewed in a national tabloid as well as on a Brazilian TV network. 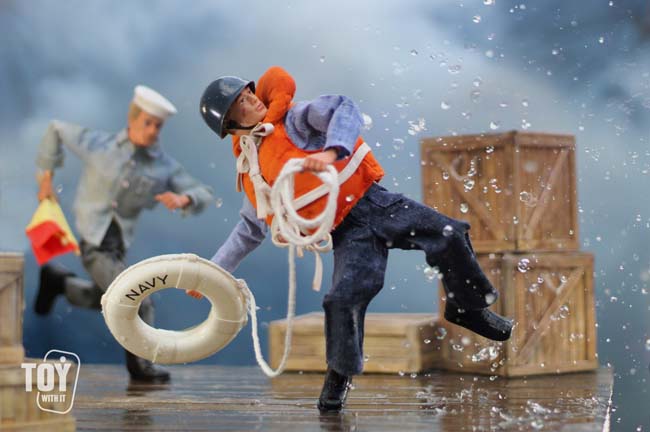 The Booze Brothers were all pall-bearers at Steve’s funeral. Last month the band regrouped for a gig, having had quite a hiatus because of the pandemic, and I was there listening and watching as the son of one of the band members took Steve’s place as their drummer.

“Tears were pouring down my face, especially when the band played a particular song with the line: ‘We’re not here for a long time, we’re here for a good time!’ which totally sums up Steve!”

I am committed to raising awareness of brain tumours and funds to help find a cure as part of Steve’s legacy. I want Rosie to remember her wonderful dad, lost far too soon, with pride. He will never be forgotten. 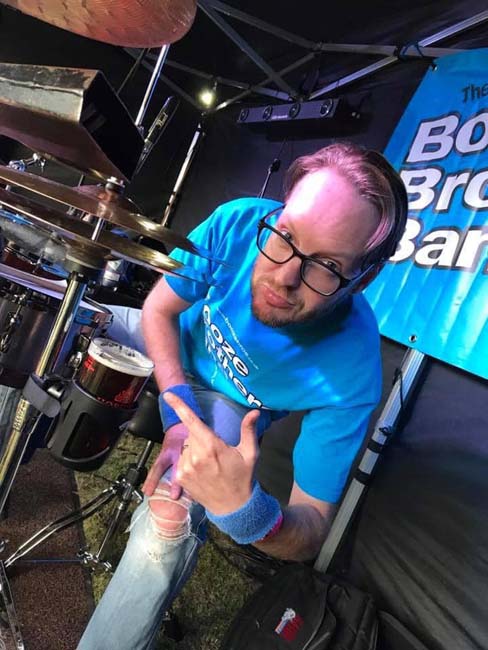 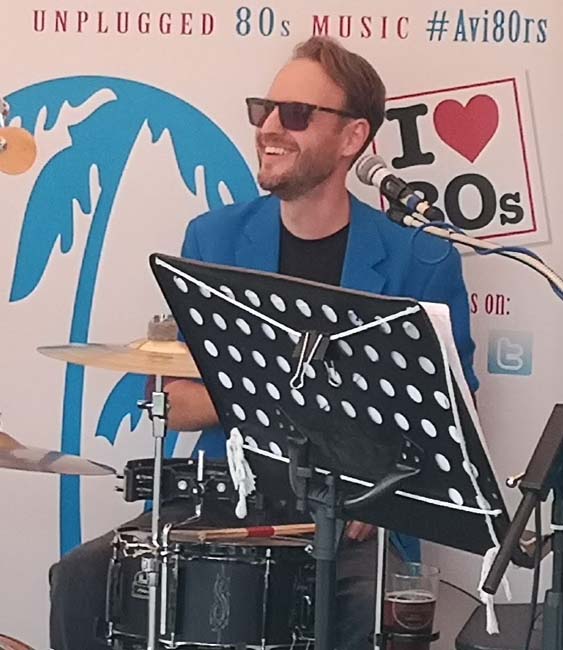