Out of the blue, Mark had a fit one evening and, following a visit to his local hospital, was diagnosed with a brain tumour.  Just three and a half weeks later he passed away.

“My only consolation was that Mark wouldn’t have liked to carry on if he couldn’t have lived the life he wanted to lead.”
One Saturday evening in early April 2011, we were preparing to go out for an Indian and Mark went into the kitchen to feed the cats.  I heard a noise from upstairs and came down to find Mark having a fit on the kitchen floor.

We went off to hospital with Mark feeling like a fraud, but then he had another fit in the hospital.  A scan revealed a mass on his brain, which was confirmed as a tumour when he had an MRI scan on Monday morning.  He was operated on immediately and surgeons removed as much of the tumour as was possible.

Just a week later when the results of the biopsy came through, we were confronted with the terrible truth that this was a grade IV malignant brain tumour.

The specialist told us he would do all he could and Mark started chemotherapy on the Saturday.  The next day he was rolling around in agony.  We then discovered that his tumour had grown from two to six centimetres in a week and his prognosis was given as two days.  We were both really gutted that it had grown, but while I was more positive, Mark was more negative.

Mark was given mannitol and he briefly seemed to bounce back.  It was planned that he would have whole head radiotherapy, but just six days later and before he started on the radiotherapy, Mark went into a deep sleep.  He was in a coma for 12 hours and then passed away on the 26th April, 2011.

Mark was a joker and, amazingly, he kept his sense of humour right to the end.  Even the nurses remarked on this as brain tumours normally cause a complete personality change.  The day before he passed away, he asked the doctors how long he had left because he wanted to go on a world cruise before he died.  He had already picked the songs he wanted at his funeral as well as the joke he wanted told to make everybody laugh at his expense.

My only consolation was that Mark wouldn’t have liked to carry on if he couldn’t have lived the life he wanted to lead, as well as the fact that I have since developed a much closer relationship with Mark’s family following his death.  I am their link with him.

Before becoming a resource manager for a computer company, Mark had been a pilot in the RAF and had broken his back, but had completely recovered.

He had only just turned 48 when he died – just a few days after his birthday, which he had spent in hospital.

Earlier this year I completed the Three Peaks along with some work colleagues and friends to raise funds for Brain Tumour Research – lots of customers at the bank where I work sponsored us, many of whom knew someone or knew a friend or relative of someone with a brain tumour.

It is quite shocking and scary the numbers of people you hear about with a brain tumour when you work somewhere like a bank – I once came across four such people in just one week. 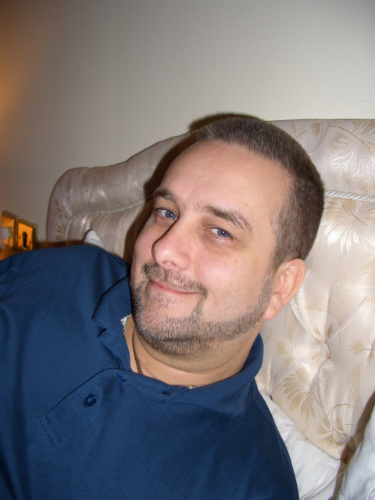