At the age of 53, Mark Duffy was diagnosed with a glioblastoma multiforme (GBM). His family supported him every step of the way but were devastated by how rapidly the tumour took hold. Mark passed away just 11 months after diagnosis and his loved ones are now determined to contribute to a brain tumour cure.

Here is Mark’s story, as told by his partner Tracey…

Brain tumours are devastating in so many ways: in the space of 11 months, Mark’s family and I watched him endure two operations, radiotherapy, chemotherapy, aphasia, seizures, the loss of independence and livelihood and so much more. But the hardest part was seeing him decline so rapidly and knowing that there was nothing that could be done to stop the tumour.

"As a family, we pulled together and concentrated on the practicalities of caring for him. His children Anna and Liam, sisters Jill and Ann, and myself knew we couldn’t beat the tumour but we could make him as happy and as comfortable as possible. It was our only way of coping"

Mark was a loving partner, brother and father and he was at his happiest with a pint of real ale in hand and a steam locomotive or car to tinker with. His day job was in IT but his real passion was trains and in his spare time you could either find him with his model railway at home, in a boiler-suit covered in oil, or travelling to steam rallies up and down the country. It struck me at his funeral how loved he was and I’m so grateful for the 14 years we had together. 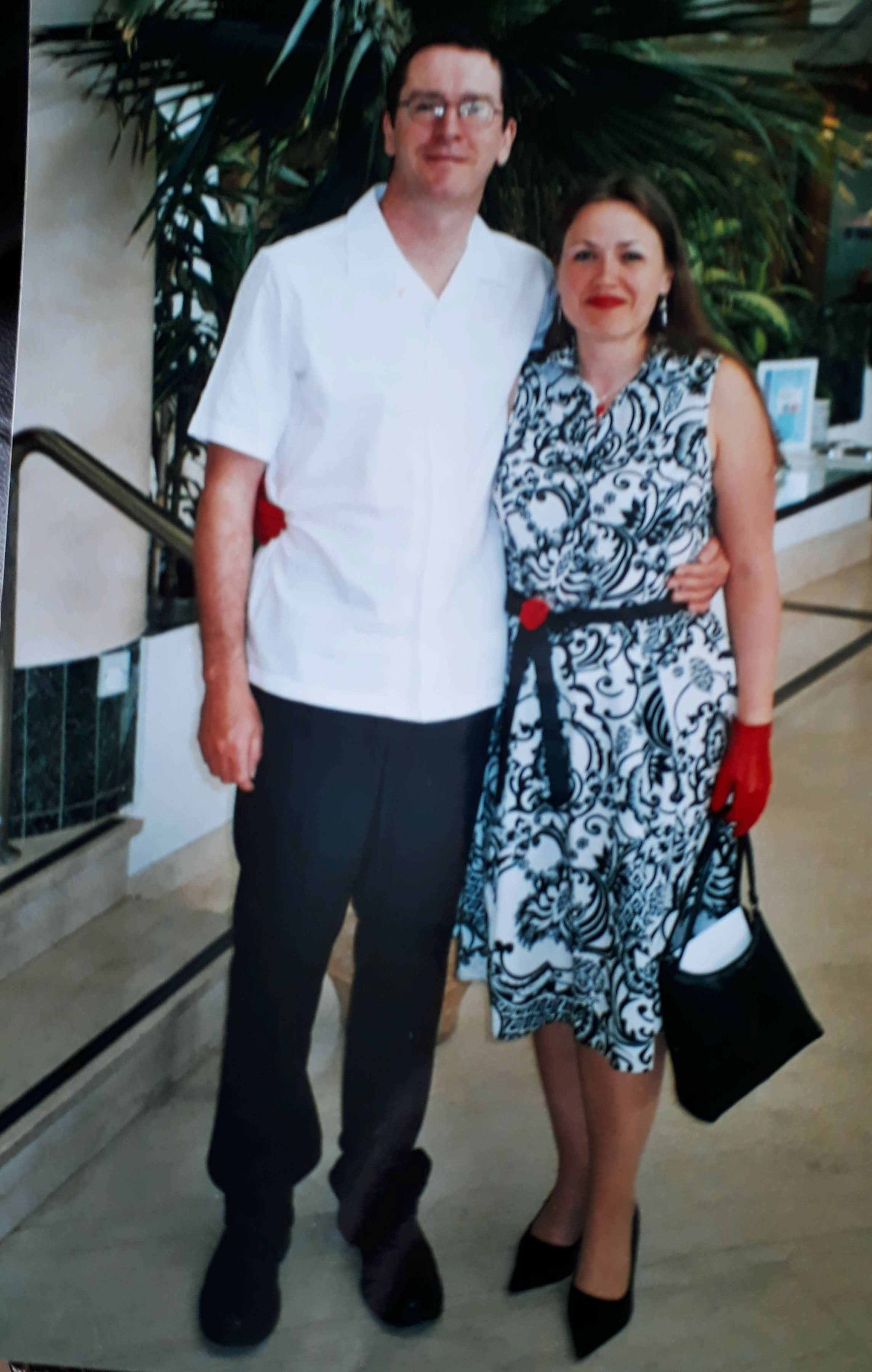 It was early 2017 when we first noticed a difference in Mark. The family was recovering from a stressful few months as Mark’s mum had recently died. Her death took its toll on all of us but Mark seemed to be suffering the most.

"He was really low and sometimes he would just sit and stare blankly into space which was unlike him, but we put it down to grief and depression."

It wasn’t until the physical symptoms appeared that we started to think there might be more to it than grief. In February he was sent home from work with shaky hands and his coordination was worsening. Then one day in March, Mark collapsed at home and his whole right side drooped. We feared a stroke and when Mark collapsed again at the GP practice, he was rushed to hospital for a CT scan. Something was seriously wrong.

Mark was like a zombie that day, he couldn’t speak or function and I’m not sure if he knew what was happening to him. We soon found out that a build-up of fluid and pressure in Mark’s brain was causing all of these symptoms, and a brain tumour was at the root of it. At the Newcastle Royal Victoria Infirmary, Mark was pumped full of steroids and taken straight into theatre.

"Surgery relieved the pressure in more ways than one: Mark was back to his normal self and had the clarity of mind to come to terms with what was happening to him, and the rest of us had a few weeks respite too."

It felt like we had made it through the worst but really, it was just the beginning. First came the news that the tumour was a glioblastoma multiforme (GBM), which was a huge kick in the teeth, then one night, Mark suddenly became ill with a violent headache and sickness. Before we knew it, he was back in hospital undergoing a second operation.

Mark made it through surgery and soon started a course of radiotherapy and oral chemotherapy. It was a tough time but he didn’t complain and once the treatment ended in September 2017, we managed to go away for a week to a converted railway carriage in North Yorkshire.

Around this time, Mark’s daughter Anna got engaged and set the wedding date for April 2018 hoping her dad would be there. My heart broke for her in February 2018 when it became clear Mark wasn’t going to make it.

Throughout all of this, Mark kept smiling. He understood the situation he was in and just got on with it. He struggled with not being able to do things – he fought me tooth and nail when I tried to have a stair lift installed at home, and losing his driving licence was tough for him to accept too – but he was so stoic throughout. For the most part, he was happy so long as we kept him well fed!

So, when he stopped eating and couldn’t swallow anymore, we realised that he was nearing the end. It was 23 February 2018 and the whole family sat with him at home and said their goodbyes; he passed during the night with Anna and me holding on to him.

We miss him so much but his memory will live on in all of us. Anna’s wedding went ahead in April 2018 and it was a beautiful day for a beautiful bride. Of course, it was hard and we went back and forth from happy tears to sad tears, but he was definitely there in spirit. I’m glad that Mark did get to see Anna in her wedding dress before he died. 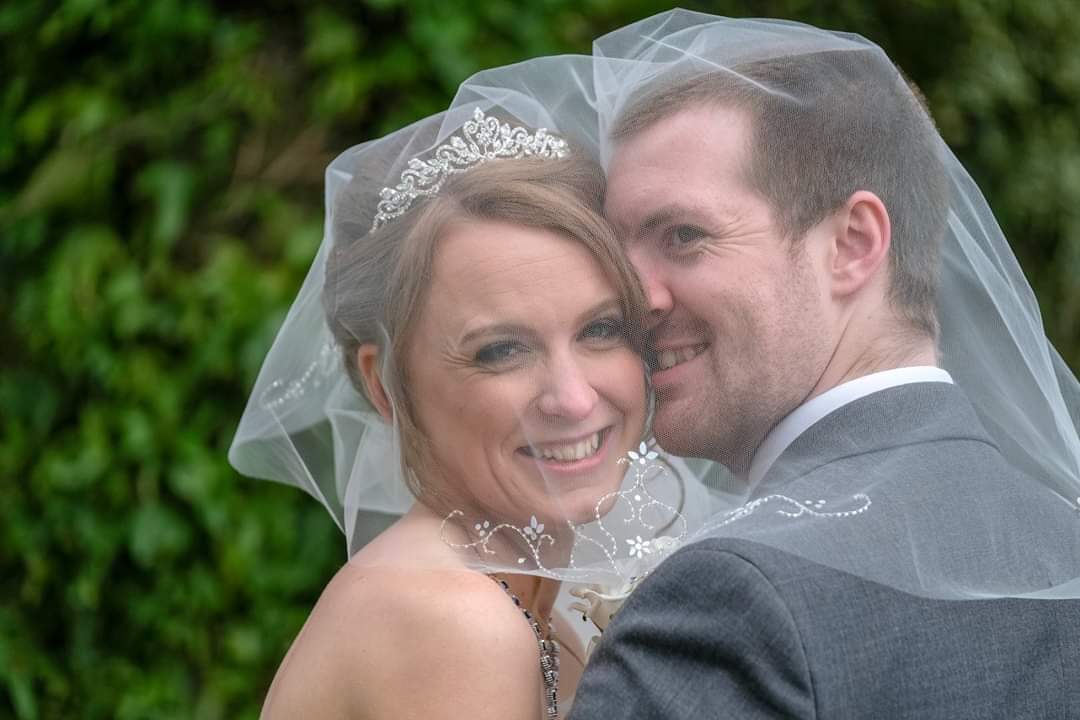 A cure wasn’t found in time to save our Mark but we can, and will, help to fund more vital research and save other people from this cruel disease. Whether it’s running the Great North Run, arranging a charity head shave or taking part in Wear A Hat Day, there’s something that anyone and everyone can do to make a difference. Together we will find a cure.” 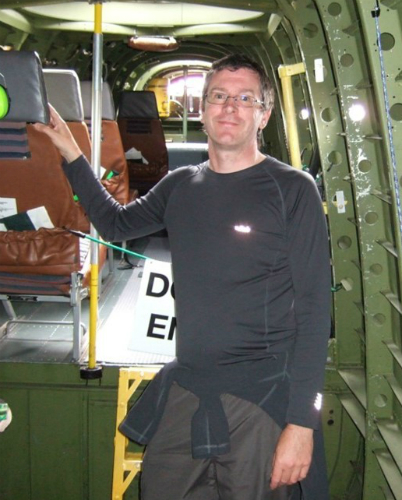