Lorna was diagnosed with an aggressive GBM4 brain tumour in September 2014.  She was an outgoing, healthy lady of 68, who enjoyed playing badminton regularly, going to Zumba and Boxerfit classes and spending time with her two daughters and her grandchildren. She had just moved into a new home with her partner of three and a half years when she was given the devastating news that she had a tumour in her brain.

Here is Lorna’s story as told by her daughter Lisa…

“Dad died very suddenly in 2009 from a heart attack, which was a massive shock to us all.  In many respects, the way he went was so much better, as he passed away being the same person we had always known him to be.  Mam’s brain tumour changed everything about her; her personality, her appearance, her behaviour; she had changed so much that she was barely recognisable as the same person as before.  Brain cancer is so cruel.”
In August 2014, Mam took us all away on a family break to Center Parcs in Penrith; her new partner, Harry Coundon, myself, my sister, Louise Bircham, her husband Martin and their three children. During the week, we noticed that Mam was repeating herself a lot, telling us the same story over and over again, and forgetting words for simple items.

One evening, we noticed Mam asking: “Where’s my…….?” “Where’s my…….?” repeatedly without finishing the question. We realised she was trying to ask us where her bag was, but she couldn’t seem to remember the word ‘bag’. We had had one or two drinks, so we didn’t think anything of it.

Over the coming weeks, she was repeating herself more and more, forgetting simple words and generally acting quite confused. Although we were concerned, we put it down to the stress of moving out of the home she had lived in for 33 years. Not long afterwards, Mam was out with her best friend, Susan Mulvaney. She broke down in tears because she had totally forgotten why she was there. This was totally out of character for her, as Mam was strong willed and feisty, and never cried over anything trivial. She had previously refused to go to the GP, as she didn’t want to cause a fuss, but Sue took her straight there and the GP told her it was possible Mam had suffered a mini stroke.

I had flown to Spain for a 10-day break that same day. Louise rang me in a panic that evening, telling me that Mam had been hospitalised, but they weren’t 100% sure what was wrong. Being a very close knit family, I decided to come straight home but the next available flight wasn’t until the following afternoon. That flight home was the longest, most nerve-wracking flight of my life. I honestly didn’t know what to expect when I landed.

Mam was sent to the Royal Victoria Infirmary in Newcastle where she had an MRI scan. It was a huge shock to be told that the diagnosis was a brain tumour, and it was the most aggressive kind you could get.  Even the neuro-surgeon couldn’t understand how she hadn’t had any symptoms previously. Worse was to come when we were told that Mam had a 12 to 18 month life expectancy with surgery, but without she would have just three months to live.

Mam had a craniotomy at the end of September 2014, when doctors were able to remove most of the tumour. We were told that it would be too dangerous to remove all of it, due to its position in her brain. She then underwent rounds of chemotherapy and radiotherapy which made her quite poorly and the steroids she had to take to reduce the swelling gave her deep vein thrombosis (DVT).  Nevertheless, despite the complications, Mam went back to being her normal happy, chatty self, enjoying spending time with her family and many friends. She retained her amazing sense of humour, posing and showing off her impressive craniotomy scar!

However, when her hair began to fall out and she started to put on weight, she became very withdrawn. She didn’t want to go out anywhere or have friends round. It was heart-breaking not to hear her laugh anymore.

My sister and I decided to set aside certain days where we would take Mam out for lunch or afternoon tea, so that she was still getting out, but it was clear that her mobility was becoming worse and worse. At one meal, Mam, who never liked tattoos, announced out of the blue that the three of us should get matching heart tattoos; three hearts to symbolise the three of us. My sister and I nearly fell off our chairs in surprise!

By February 2016, Mam was in a wheelchair and needed a stair lift to get upstairs.  Louise had taken time off work to help look after her, and my employers were fantastic, giving me plenty of time off to help too.  Mum was adamant she wanted to die at home and not in hospital so we had a team of district nurses and Macmillan nurses to give us support when needed.  Mam had also thought about funeral arrangements and drew up a list of what she wanted which actually helped us a lot after her death. Being the larger than life character that she was, the first thing she told us she wanted was white lilies on top of the coffin just as Princess Diana had on hers.

The following month, my sister and I had taken Mam out as usual in her wheelchair for afternoon tea, as had become our little Friday ritual. On arriving home, she cried out in pain when we tried to get her out of the wheelchair. We called the doctor, who came out to check on her, and he in turn phoned an ambulance, saying she needed to be admitted. Thinking she had a clot in her lung, the ambulance took her to hospital where we found she actually had pneumonia.  Within a week, on 25th March 2016, with Harry, Sue, Louise and I all gathered round her bedside, we lost our beloved Mam.

What haunts me most is that not only did she end up dying in hospital, which was what she had always said she didn’t want, but also she passed away on the ward with absolutely no dignity.  There were no side-wards available and just a thin curtain around her, so everybody on the ward could hear her last moments.  Many of the other patients were in tears too.  Ironically, we heard from the hospice the day after Mam had died that a bed had become available. In another twist of fate, because she died on Good Friday, there will always be two anniversaries of Mam’s death; the Easter holiday and the 25th of March.

We have decided to scatter Mam’s ashes later this year in two places. The first is a place near Keswick in the Lake District at a beautiful place called Surprise View, which looks out over Derwentwater and beyond to Bassenthwaite Lake.  Mam loved walking and each year would enjoy an outing with her Keep Fit class. The second is the beach in Seaburn, Sunderland, where Mam and Dad met as teenagers. We scattered Dad’s ashes there after he died.

My sister and I have both honoured Mam’s memory by getting tattoos, both of which incorporate the three hearts that Mam had mentioned, as well as three Ls (for Lorna, Louise and Lisa).

Shocked at discovering how little is allocated to research into this horrible disease, Louise and I have set up ‘The Lorn’s Legacy’, a fundraising group to raise funds for Brain Tumour Research. Back in January, we decided to organise a fundraising park run event, which we had hoped Mam could attend. Sadly, it was scheduled to take place in April, mere weeks after we lost Mam.  We had a target of £500, but in the event, incredibly we hit almost £5,000 – such was the regard held by so many for her.

We still can’t accept that Mam has gone and we both often find ourselves picking up the phone to call her. She was so loving and generous, and would often take us away on holiday. I have had some amazing ‘girls’ holidays’ with Mam, memories I will cherish forever.  It’s very hard without Mam, particularly on special occasions, like when Louise’s children have their birthdays, as Mam loved her grandchildren so very much and showered them with presents. We are both dreading Christmas this year, as it was Mam who made Christmas so very special. She would spoil the children (as well as us), arrange the best parties on Boxing Day for all of our friends and generally be the life and soul of the party. It will never be the same without her.

Dad died very suddenly in 2009 from a heart attack, which was a massive shock to us all.  In many respects, the way he went was so much better, as he passed away being the same person we had always known him to be.  Mam’s brain tumour changed everything about her; her personality, her appearance, her behaviour; she had changed so much that she was barely recognisable as the same person as before.  Brain cancer is so cruel. 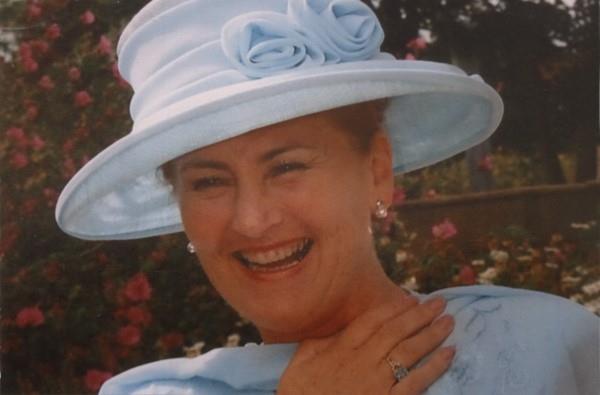