Logan passed away from a DIPG brain tumour 11 months after diagnosis. Shocked to find that any childhood cancer was incurable and at the lack of funding going into research of childhood cancers, his grandmother Fiona is doing everything she can to bring about change, including launching a petition to the Government.

Logan, from Largs in Ayrshire, was a typical wee boy who loved getting wet and muddy, especially if it involved jumping in puddles. He loved his dinosaurs and enjoyed roaring with them. 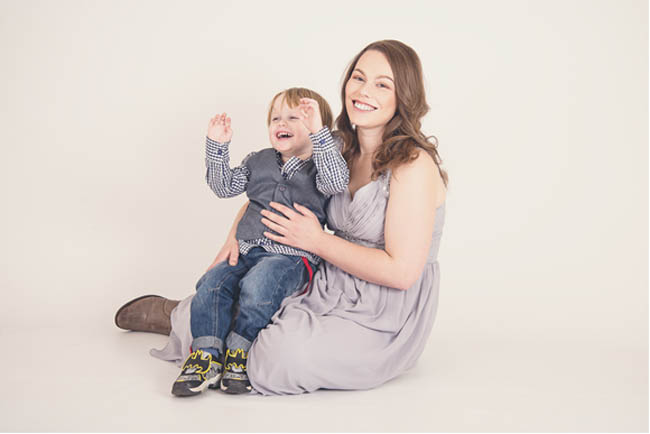 In October 2016, we noticed that Logan had a wee limp, as if he had twisted his right ankle. My daughter Sapphire was more worried about it than I was and went to the GP a couple of times. Then, as it didn’t improve, she went to A&E a couple of times at Crosshouse Hospital in Kilmarnock and was referred to the A&E outpatient clinic. Doctors started tests and exploring different possibilities, including a problem with Logan’s hip. Then a consultant noticed a corresponding weakness in Logan’s arm on the same side as his limp and they started to think it was something neurological. We were worried what it could be, but the consultant sent us home, strongly advising us not to Google and said he would consult with his colleagues, before asking us to come back for a scan.

The following day, 24 November 2016, we were asked to bring Logan into the hospital for an MRI scan the following morning at Crosshouse Hospital under general anaesthetic because of his young age.

Later, on the day of his scan, we found ourselves being taken into a side room.

“With no attempt to feign sympathy, the consultant said: ‘I think you’re expecting bad news and it is bad news. Logan has a mass in his brain.’”

Sapphire broke down at the horror of the news. She was upset, angry and disgusted with how the consultant had delivered the news, just as I was. Added to that it was just seven weeks since she had given birth to her second son, Ezra, so no doubt she had a lot of postpartum hormones raging around inside her too. I suppose for me it was like being in a lift when it gets stuck and someone loses it and you find yourself being determined to stay calm for them. 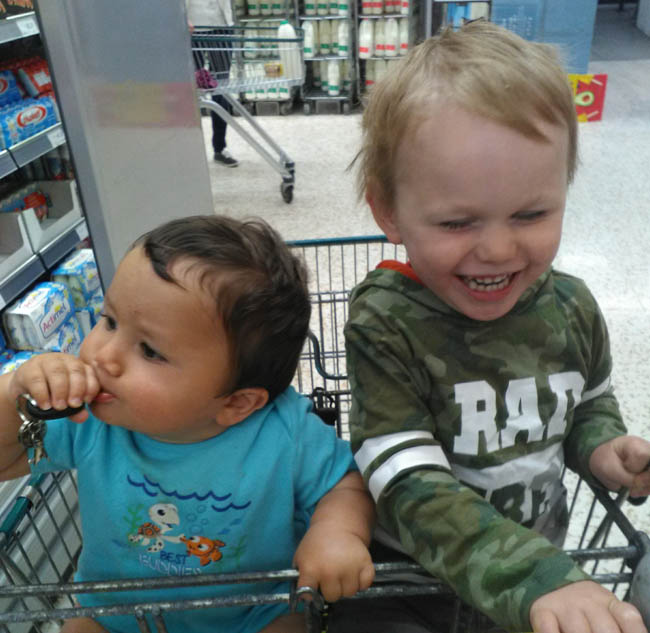 We were referred to the Royal Hospital for Children in Glasgow, where Logan was put on steroids. We were told that the tumour was presenting as a probable diffuse intrinsic pontine glioma (DIPG) for which there was no cure, only radiotherapy treatment to delay the progression and hopefully give Logan a few extra months with us. Surgery wasn’t an option because the tumour was on the brain stem.

“I knew childhood cancer existed but I had seen many happy, smiling, bald children in videos that give you the impression it is not so serious and heard the lines about children being resilient. I had often donated to childhood cancer and hospital charities, believing that the vast majority got better. I never realised how awful it could be, never imagined there were cancers that were untreatable.”

We did our research and realised that no one had ever survived DIPG. The progression was linear and we knew exactly where it was heading. The median survival prognosis for DIPG is eight to 12 months.

I remember talking to a nurse in the corridor and making a reference to Logan’s birthday, which was only four weeks away, and getting the sense she didn’t think he might even make it until then. When I questioned her about it, she wouldn’t give me an answer. It was completely mind-numbing and I remember having a minor meltdown. 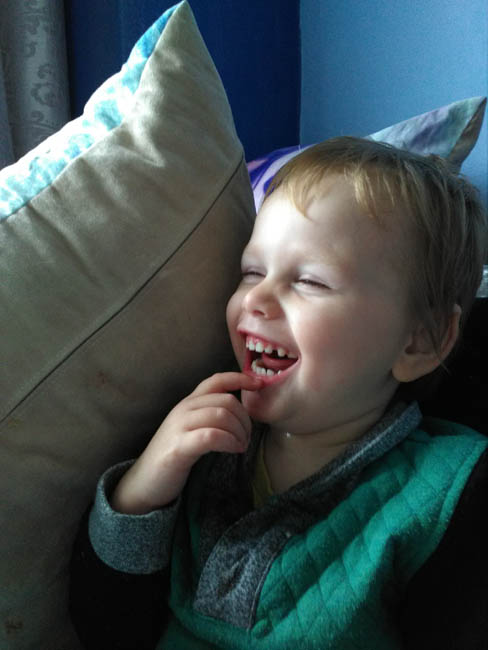 We were reluctant to put Logan through a biopsy, but the neurosurgeon eventually persuaded us she had Logan’s best interests at heart and wouldn’t harm him. She explained it would confirm the diagnosis so that they could put him on the correct palliative course of radiotherapy. It was so tough because it didn’t seem as if there were any perceived benefits for him as they would still need to treat any brain tumour in a similar way, but thankfully Logan suffered no ill effects, despite the risks.

His mum also agreed to Logan having radiation treatment – the only available treatment on the NHS for DIPG. Again, thankfully Logan did well and had a fantastic response to his six weeks of radiotherapy. He began walking better and was much steadier on his feet. From his birthday onwards he continued to love blowing out candles and hearing everyone singing happy birthday, so we continually gave him the opportunity to blow out candles.

My daughter was resolute, however, that she didn’t want Logan to go on a clinical trial. She didn’t want him to suffer unnecessarily. She just wanted him to continue to be happy for as long as he could. And he was. He continued to smile every day almost right up to the end. I believe she absolutely made the best decision for him in this regard. 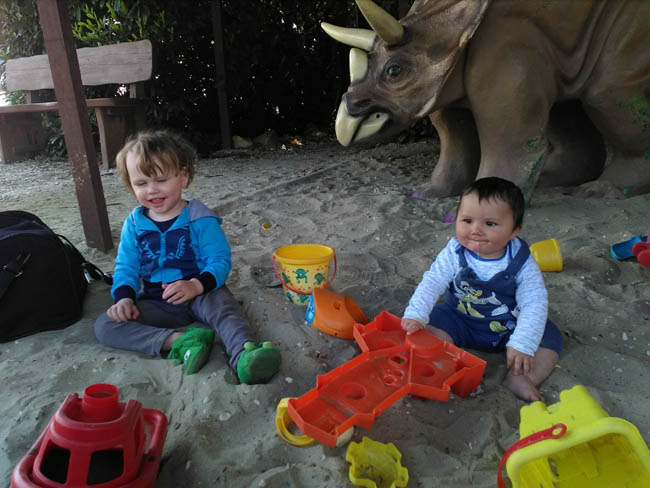 We had lots of day trips and did lots of nice things to make memories. The Make A Wish Foundation enabled us to go on holiday to Croatia where we went to the theme park Dinopark Funtana. There were lots of life-sized dinosaurs, as well as rides and Logan loved it so much, we went back a second day.

A local charity called Calum’s Cabin, set up by parents who lost their teenage son to a brain tumour, enabled us to spend a long weekend as well as a further week in a luxury cottage on the Isle of Bute.

We never went a day without laughing and giggling, watching TV, especially Logan’s favourite Scooby Doo, or reading books - anything by Julia Donaldson. We were so lucky that Logan didn’t lose his sight or hearing, although he gradually lost his ability to speak and walk and reverted to crawling again. When he could no longer carry his toys, he just calmly adapted to using his mouth to transport them around. Nothing seemed to phase him. His happy place was big, deep bubble baths with bath bombs in all colours. 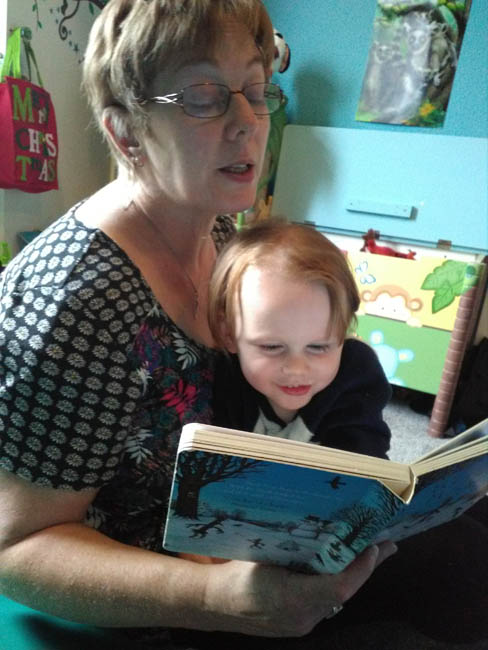 On the morning of Sunday 15 October 2017, Logan gave me his last smile, although he did have a few more for his mum. He had a syringe driver (a pump which delivers medication at a constant rate throughout the day and night) put in that evening. However, although the brain tumour had done what it had got to do, Logan’s three-year-old heart didn’t know how to give up and held on for hours. Logan wasn’t suffering, but it seemed to take a long time. Then, shortly after midnight on Tuesday 17 October, Logan passed away at home.

After Logan was diagnosed, we learned about the world of childhood cancer.

“I was horrified that so little was being done to make a difference for children with terminal brain tumours.”

It spurred me on to petition the Government to ringfence funding for paediatric cancer research.

Currently a petition I launched on 4 March 2020 has 82,000 signatures. I am desperate to get to 100,000 signatures which should trigger a debate in the House of Commons.

I want there to be real change, bringing about improved and genuine treatments and ultimately cures for childhood cancers including DIPG and hope that this will be in time for Ezra’s children, but it’s like walking a tightrope. I put in a freedom of information request to ask how much of the Tessa Jowell Brain Cancer Mission’s £40million would be allocated to childhood brain cancer, including DIPG, but have had no answer from the Secretary of State. The Government can’t quantify if they are giving even a penny to paediatric brain cancer.

“All I know is that nothing has changed in the last 58 years for patients with DIPG, not since Neil Armstrong’s daughter was diagnosed with a DIPG in 1962, aged two, seven years before he became the first man on the moon. It makes me so angry.”

What does all the money get spent on and when? Are we actually going to be told? 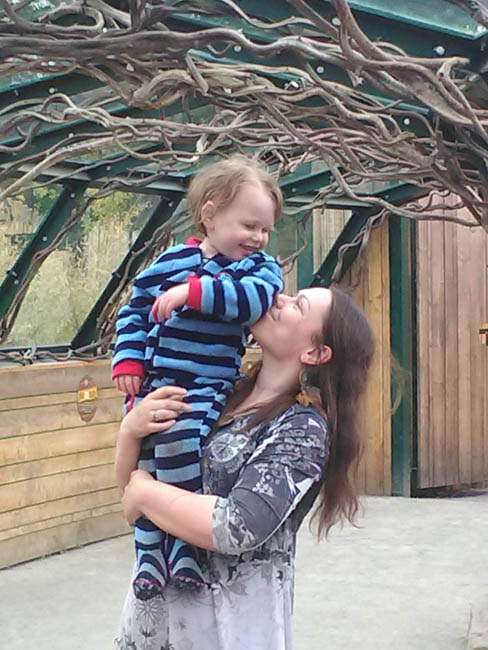 Researchers need money but there is no differentiation between adult and paediatric and no transparency. It means that if researchers know that 98% of funding is going to adult cancers they will focus on adult cancers, but we need research to focus on treatments and cures designed specifically for children.

Dr David Walker, professor of paediatric oncology at The University of Nottingham, has spoken about counting the number of years lost.

“There is not a parent or grandparent who wouldn’t take their child or grandchild’s tumour for them. I lost both my dad and mum to cancer, but they were 85 and 75 respectively and had led a good life, fulfilling their dreams. Their deaths were sad but not tragic. To lose a three-year-old in this way is obscene.” 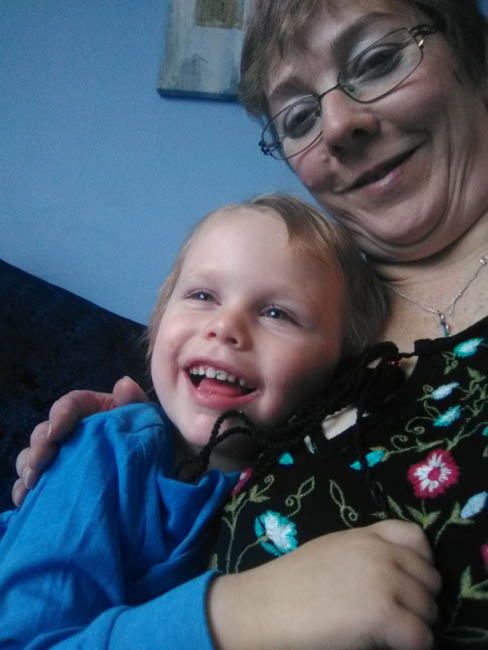 “My mum was still alive when Logan was born and although I am not religious, I hope she is looking after him now and he is having fun and playing with all the girls and boys who have been snatched away from their families so cruelly before their time.”

DIPG is a death sentence for children. I am determined to do everything I can to make a difference.

If you have been inspired by Logan's story and would like to know more about our lobbying, research updates and fundraising opportunities, please sign up to our weekly e-news. 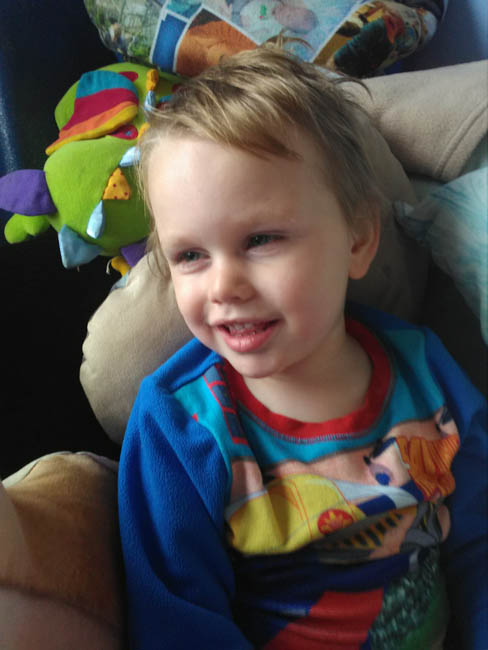