Kevin O’Mahoney, a construction contractor, drummer and rock music enthusiast from Cannock, died just a year after his diagnosis with an aggressive brain tumour, aged 53. The tumour caused him to lose function of his left-side and problems to his eyesight. He left his wife Annette and their two daughters Paige and Eve, 22 and 20, and now his family are keen to fundraise in his memory, by hosting a charity concert for Brain Tumour Research.

Here is Kevin’s story, as told by his wife, Annette…

Losing Kevin to a brain tumour was the worst thing I’ve ever gone through. It was a vile journey and I never anticipated being a widow at 50 years old. I didn’t know it was possible to feel this sad.

“I don’t feel strong enough to be around people who don’t understand what we went through.”

I met Kevin when I was just 18 and we had been together for more than 32 years when he passed away. He was nice, polite, funny and lived his life to the full. He was a talented drummer and adored listening to rock music. We were looking forward to a happy retirement together. 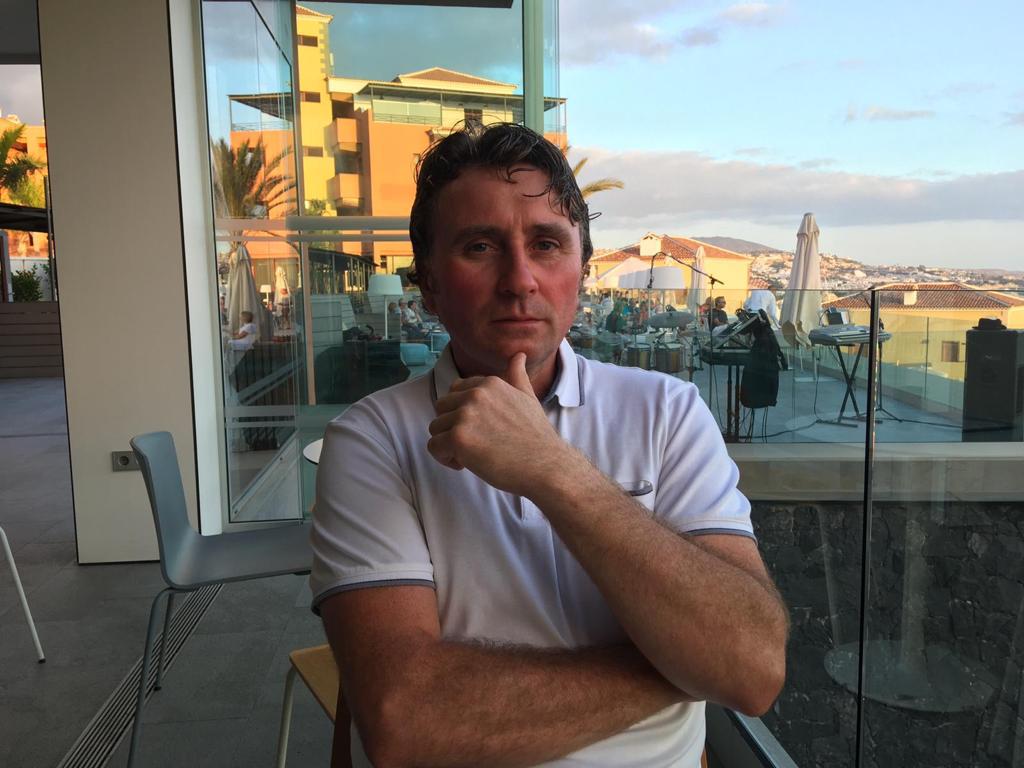 Kevin, like his brother, had suffered from balance problems throughout his life so when he started feeling dizzy in December 2017, we didn’t think too much of it. The only difference was the medication he was prescribed for his dizziness didn’t seem to be having its usual effect.

In February 2018, Kevin was at work as a contractor when he started throwing up. He said that he experienced a funny chemical smell at the same time and decided to get home quickly. He was driving home when he suffered a seizure. Fortunately, his labourer was in the van and managed to pull over safely and call an ambulance.

Kevin was taken to New Cross Hospital in Wolverhampton. We wondered whether his symptoms were a result of a brain haemorrhage he had had a few years previously. He had a CT scan which revealed something in his head and the scan needed to be further examined by consultants at the Queen Elizabeth Hospital (QE) in Birmingham. A few days later Kevin was told that he had a brain tumour.

“When Kevin rang to tell me the news, I thought I was going to pass out. I could never have imagined that a brain tumour was the cause of his symptoms and I feared what the future held in store.”

A week later, Kevin was discharged from hospital and we awaited a follow-up appointment at the QE. We felt in the dark and didn’t understand what was happening. When we attended the appointment, the consultants sat us down and told us ‘we think it’s something nasty’.

“I tried to keep my hopes up and naively assumed that Kevin would have surgery and everything would be okay. I was distraught when I realised this wouldn’t be the case. Kevin tried to stay strong.”

The original date for Kevin’s surgery was pushed back and while I was very frustrated, Kevin was relieved. He didn’t feel particularly unwell and wanted to make the most of his time at home. We were with him for every step of his journey and helped to care for him.

After his six-hour craniotomy in April 2018, we were told that Kevin’s tumour was located near his brainstem and it was aggressive. He rang me in recovery and while I was reassured that the operation hadn’t affected his speech, he was left with weakness down his left-side and his eyes were off centre. After two weeks of intensive physiotherapy, we were pleased to see Kevin walking with a frame and learning to feed himself again.

Kevin had five days of radiotherapy at New Cross Hospital in June 2018. He lost all of his hair and, even during the middle of a heatwave, struggled to keep warm. The damage to his brain affected his eyesight and he had to walk with a walking stick, because his left side was still very weak and this improved slowly over time.

In March 2019, Kevin and I visited Budapest to celebrate my 50th birthday. It was there he began suffering from terrible back pain; he found it difficult to sleep and even sitting down became extremely painful. He also felt very dizzy.

When we returned home, Kevin had an MRI scan at New Cross Hospital which showed that his tumour had recurred in three places. It was horrendous to hear such devastating news. We were told on the same day he was to have an appointment to discuss starting chemotherapy.

“After seeing the consultant about starting further treatment Kevin’s health deteriorated in the flick of a switch. He was talking gibberish and kept repeating himself. He was vomiting, on a high dose of painkillers and after been taken to hospital via ambulance he had a catheter fitted as he was retaining water. The hardest part was seeing him lose function of his left-side again, after working so hard to get that back.”

Kevin died on 24 May 2019, just nine days after being admitted into hospital. He was never able to start chemotherapy and passed away with me, our daughters, his siblings and in-laws by his bedside at New Cross Hospital. I was shocked at how sudden it was. I think I lured myself into a false hope and convinced myself he would have more time, so it was heart-breaking that this wasn’t the case.

Paige and Eve were incredibly strong and I will never forget them spending so much time with their dad in his final moments. There were always people around Kevin’s bed and he was sometimes able to have tiny conversations. I felt comfort that Kevin was at peace.

Kevin’s funeral, at St James’ Church in Norton Canes, was a fitting celebration of his life. He loved rock music and we played his favourite song, ‘Black’ by Pearl Jam and also tracks by Led Zeppelin. I reflected on the many times we’d seen Pearl Jam together. At the wake, we played music from his iPod and raised a toast of Jameson Irish Whiskey, his preferred drink. 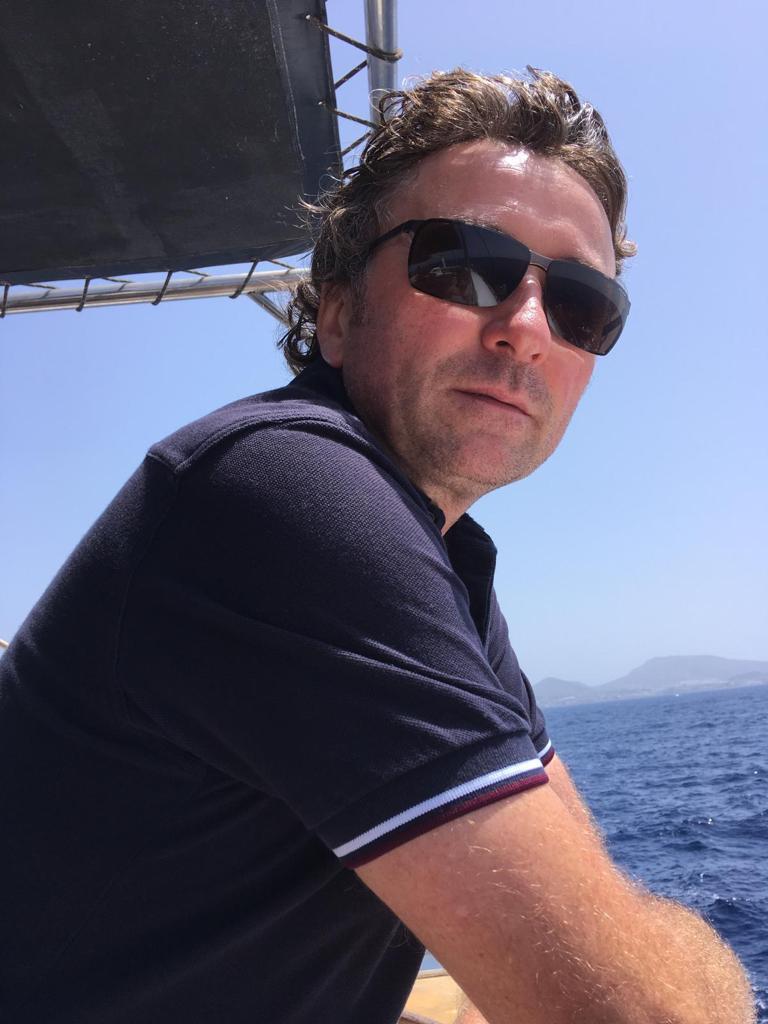 I was appalled to learn that brain tumours kill more children and adults under the age of 40 than any other cancer, yet have historically received just 1% of the national spend on cancer research. I wrote to my MP to express my frustrations and decided to organise a fundraising concert for the charity Brain Tumour Research. We sold all 110 tickets in just ten hours for the gig, which will take place at the Lido Working Men’s Club in Norton Canes, Cannock, on 7 September. Kevin’s friends are in a band and will perform on the night. It will be a fantastic way to pay tribute to Kevin, while helping to raise vital funds and awareness.

I’m so proud of Paige and Eve and I know Kevin would be too. Paige has recently been recruited by Staffordshire Police, after volunteering as a special constable for a year. Eve is enjoying working as a make-up artist.

Losing Kevin has turned my entire world upside down and words cannot describe how lonely I feel sleeping without him. There’s a space missing at the dinner table and, while counselling helped me through the darkest days, I can’t bear the thought of being this sad for the rest of my life.

If you’d like to find out more about what Kev’s family are doing to support Brain Tumour Research in his memory, please visit their Facebook page. 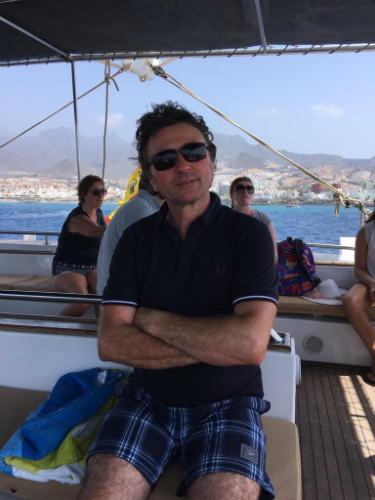