Katherine and I met in 1994, we both worked hard in London writing and designing for various glossy magazines. In 2002 we moved to France to bring up our son Milo and daughter Ella. Life was good. Katherine turned out to be a talented travel writer and was receiving commissions back to the UK, much to my chagrin as I was supposed to be the talented writer in the family, and I was busy renovating our home near Nimes, and writing a book. Katherine was incredibly popular in the village, she was beautiful, thoughtful, polite, kind and gracious, and made a huge effort to engage and fit in with village life.
It took us years to get married – 10 in fact. We felt like a complete family already but during a holiday in Italy in 2004 visiting her sister, when Ella was a year old, I decided to ask Katherine. Despite everything I was still terribly nervous. She’d long since given up on the idea of me asking her, but she said yes, and we married in France at the Mayor’s office in April. Looking back at wedding photos, they are marred by the knowledge that Katherine had the tumour already.

The following month was a stressful one. We were selling our flat in London remotely, buying an uninhabited barn in France, and moving from a decent rental house to a cheaper one, to save money. It was then that I noticed Katherine was not herself. She started getting headaches, which we passed off as stress, but also she was not her usual organised self. Typically, during a busy time, Katherine would write lists, and organise me, but she just wasn’t aware. I remember when we went to buy the children’s beds and she couldn’t concentrate, complaining of a headache. Then in the car on the way home, when she slurred her words, and reached back to take some keys from the children, but her hand returned holding a pencil – and she didn’t notice the difference.

At this point I had an adrenalin shock of worry, but still thought Katherine was suffering from migraines. We went to see our local doctor in our French village, hoping to get some migraine specific painkillers.

What happened next seemed like the most dramatic over reaction at the time. Katherine was sent for an MRI scan. A friend who had gone with her called me saying: “It’s serious. They’ve found something.”

The scan showed a big black ball-shaped shadow on her brain. I’ve been a health journalist and I did a psychology degree. I knew enough to know a big black shadow in the brain was not a good thing. We both understood French ok, but as soon as the conversation turned technical and medical we were pretty lost. Katherine was taken immediately by helicopter to Montpellier to the main centre of neurosurgery in France. I followed by road, which is when it dawned on me: “Wow - this really is serious”. I didn’t know if she needed treatment immediately because her situation was life threatening in itself or because they thought it best to operate fast. The operation took place four days later, after steroid treatment to reduce the size of the tumour. The outcome from the surgeon was the epitome of good and bad news, “The operation has been 100% successful. But it will come back.”

I remember thinking: “He thinks it will come back, but he doesn’t know us, or me, I’ll find a way to stop that from happening, I’ll use my health contacts, we’ll try something experimental.” Which we did, we looked into all sorts: including scorpion venom and magnetic therapy, and I sent copies of Katherine’s scan to experts in treatment centres all over the world to see what could be done.

We then had a relatively good couple of years, though Katherine underwent Chemotherapy and Radio therapy during this time, getting very thin, losing her hair, and also suffering terrible chest infections. The children were just toddlers at this stage and we carried on as normal as best we could, but life worked tentatively around monthly scan dates.

On 22nd December 2006, we received the news that the tumour was back. This time, in a scattering of eight small sites, and were told it was inoperable.

We had a wonderful consultant in France, who adored our children, and she would talk to them and catch up on our family news during our appointments, while Katherine and I would sit there feeling sick with worry, thinking, hurry up and get to the point: what does the scan show this time?

During that period the zoo came into our lives and we moved back to the UK, to Plymouth, to take over Dartmoor Zoological Park. This hadn’t been an easy decision, especially given where we were in our lives, but I knew I was probably facing many years of bringing up the children without a mother and could not think of a more amazing place to do that. Katherine’s care switched to Derriford Hospital in Plymouth and while the staff were brilliant, it could not have been more different from the health system in France. We keenly felt we’d landed in an over-run, old NHS facility. The chemotherapy was taking its toll on Katherine – after one session she seemed to spend two weeks asleep.

I was holding on to hope that one final treatment might be the transformative thing we needed to help Katherine back to health or at least prolong her life. I’d read about dichloroacetate (DCA) through a research report the University of Alberta had released, which suggested that dropped onto tumour cells it dissolved them, and crucially the drug could cross the blood-brain barrier. The drug was licensed in the UK and US to treat blood disorders, but I could not get a doctor here or in France to sign a prescription for it. In the end we managed to get hold of some and we administered it ourselves at home. At the very least, just doing that gave us all hope that we were doing something positive and not giving up in the final months of Katherine’s life. I was frustrated at this point, thinking: “If this drug can do what it purports to do, why on earth is the system so slow in getting it to the people who need it?”

Katherine and I felt lucky in one respect. I knew tumours could alter people’s personalities and change them dramatically – sometimes for the worst. But towards the end of her life, Katherine just faded away as she receded into herself. Her speech had gone, the left side of her body had stopped working, so I used to carry her a lot. The NHS wheelchair was terrible on the paths round the zoo. I used to take her for walks to see the animals, as there would always be something to marvel at – when a tiger is footsteps away, we would forget for a moment what else was facing us.

When she stopped taking solids, I decided I had to tell Milo and Ella that she was going to die. Ella was four and Milo six. I felt a massive responsibility to tell them what was going to happen before Katherine passed away, so I took them to the picnic area at the zoo and gently told them. Ella cried immediately and climbed onto my lap for a cuddle and Milo stayed quiet. I said to him: “It’s ok to cry you know,” and he replied: “I don’t want to Daddy, I want to stay strong for you.”

Katherine died on 31st March 2007 and was buried in Jersey where her family originated. What was striking at the funeral was that most of the congregation was around 40 years old. We usually met and laughed together at weddings – but this time it was a funeral and it did not seem right at all.

I didn’t have the choice to give in fully to my grief – the zoo was due to reopen to the public in July, after months and months of getting it up to scratch to pass its inspections and animal welfare checks. We were on a mission and it helped me to keep my emotions in check.

I wrote a book about our experiences entitled We Bought A Zoo and the BBC made a documentary about the zoo’s fortunes being reversed under our ownership. This caught the eye of Hollywood and became a film of the same name, directed by Cameron Crowe.

Katherine’s memory is very much alive at home; we talk about her a lot and I see her in the children. Ella likes the same foods as her Mum so I can say to her, “Your Mum loved this, you might too.” And both children have a similar creative streak. The date 22nd December, the date the tumour returned is etched on my mind, but otherwise we remember and talk about Katherine every day. 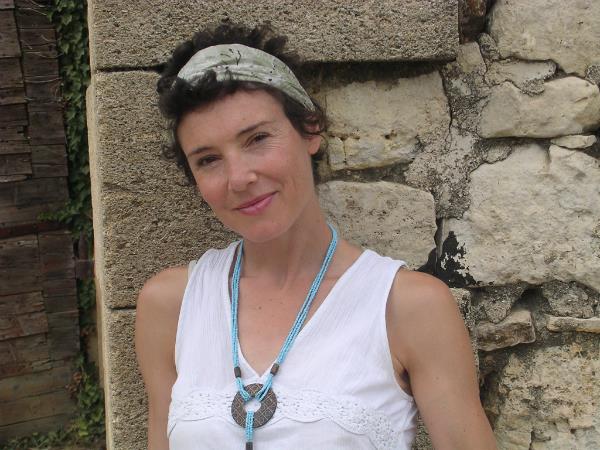