Wife, mother and grandmother June Pile passed away less than six months after undergoing surgery for an aggressive glioblastoma multiforme (GBM). In her final weeks she was able to fulfill her dying wish to see her youngest son marry. Sadly, she was taken ill later the same day and passed away a fortnight later at the age of 72.

“As many family members as possible gathered at short notice to witness my brother’s marriage. Mum took pride of place at the front and it was a lovely, moving, and at times funny, ceremony. Afterwards I even caught mum light-heartedly lecturing Steven about looking after his bride and making her happy. Sadly, these were her last audible words. Shortly after she was taken back to her room after suffering a seizure; a nurse explained that the excitement of the day had got the better of her. To see my mum going through this was unbearable and more upsetting than words could ever express.”
June’s son David tells her story:

My parents were enjoying retirement and moved from my childhood home in Hayes, Middlesex, to Nuneaton in Warwickshire to be nearer relatives.

They had been there for around ten years when I first got a sense that something wasn’t right with mum. Dad phoned to say she had been dropping things in the kitchen and she felt numb down one side. My first reaction was that she’d had a stroke but dad said there was no sign of the facial droop which stroke patients so often experience.

My eldest daughter Emma and I were with mum when she attended one of her first hospital appointments. Mum seemed much chattier than usual and impatient to get things over and done with. She was straight onto her feet when her name was called to go in and see her consultant. It was to be the start of a long journey as mum was diagnosed with a grade 4 glioblastoma multiforme (GBM), an extremely aggressive tumour. So began the extensive and gruelling treatment associated with brain cancer.

Mum underwent surgery for the first time on 23 October 2012. The operation was successful in partially removing the tumour, to take away any more would have risked serious damage to the brain. After that mum was put on a course of medication to treat the remaining diseased tissue.

As the weeks went by it became increasingly difficult to understand what mum was saying when we spoke on the phone. The chemotherapy tablets and steroids she was taking affected her speech and I can remember having some upsetting conversations with her saying that she didn’t want to die. I could only choke back the tears and reassure her that was most definitely not going to happen.

The chemo was followed by a course of radiotherapy, it was particularly difficult for mum as she had to wear a special mask over her face which made her feel so claustrophobic.

Christmas 2012 was difficult, but my family and my brother’s family all went to spend it with mum and dad in Nuneaton. With my little niece toddling around, taking centre stage and distracting us all with her first steps, it was nice to see mum smile once in a while.
The New Year saw lots of appointments at the University Hospital Coventry. My brother and I both lived an hour-and-a-half away from our parents and dad, who was 81, was finding it increasingly difficult to cope looking after mum at home. I tried to organise help where I could but mum and dad were from that very proud generation of “copers” and turned down our offers.

As time went by, it became clear the chemotherapy and steroid treatment were not working and mum was admitted to hospital once again for another operation to try to remove the cancer which remained. Throughout it all, mum tried her best to stay positive. It was heartbreaking to watch as she started to hallucinate, imagining her sister-in-law was in the same ward and insisting she was there when it was clear to everyone else she wasn’t.

Eventually, the surgeon who had performed both of mum’s operations asked me and my wife, my dad and my brother to meet him in a small family room. His body language said it all, I didn’t really need to hear the words. Knowing what I do now about the small family room where we were gathered, I should have realised immediately what was coming. But I had remained optimistic, hopeful of some sort of recovery and sure these super-human people who cut us up and put us back together again would say the operation had gone well. Sadly, that was not the case; the brain tumour had taken hold and mum was not going to get better.

Mum was moved to a side room with a view to her going to a hospice somewhere nearby. I wish I could remember more of the feelings going round in my head at the time, but just had an overwhelming numbness.

I don't know if it was ignorance or sheer bloody mindedness but even after mum had got a bed at the Myton Hospice she refused to believe the worst. The surgeon paid us another visit and it was only then that all hope was lost. Many tears were shed. Dad kept saying it should be him and not mum, and that he wished he could take her place.

My mum had always had a wish that my younger brother Steven to settle down. He was in his mid-forties and together with his partner Claire had a little girl called Emily who mum adored. It was so touching to experience how the team at the hospice stepped up to help organise Steven and Claire’s wedding in their special occasions room so mum could be there and fulfil her dying wish.

As many family members as possible gathered at short notice to witness the marriage on 17 February 2013. Mum took pride of place at the front and it was a lovely, moving, and at times funny, ceremony. Afterwards I even caught mum light-heartedly lecturing Steven about looking after his bride and making her happy. Sadly, these were mum’s last audible words. Shortly after she was taken back to her room after suffering a seizure; a nurse explained that the excitement of the day had got the better of her.

To see my mum going through this was unbearable and more upsetting than words could ever express. Mum fought hard for the next 17 days, but finally lost her battle on Wednesday 6 March. I still believe that at 72 she was taken far too early. Mum had a wonderful caring nature and she should have had more time.

Her youngest granddaughter Emily is growing fast. Aged five, she entertains us with her grandmother’s nifty dance moves! As my own daughters Emma and Natasha have matured into responsible adults, I see lots of characteristics they have inherited from their grandmother too. This is something I cherish and will continue to be thankful for this for the rest of my life.

Brain tumours are indiscriminate and can affect anyone at any age. No-one knows what causes them. Throughout her life mum had always suffered with migraines; growing up, I can recall the times when her curtains would be drawn and the bedroom door shut during the day as she was forced to take to her bed. We will never know if this was connected to what eventually happened to her.

It is especially shocking to learn that brain tumours kill more children and adults under the age of 40 than any other cancer... yet just 1% of the national spend on cancer research has been allocated to this devastating disease.

Shortly after mum died, my youngest daughter Natasha secured a job with the national charity Brain Tumour Research. It is a total scandal how this type of cancer has been given such a tiny percentage of government funding. I am very proud of Natasha and, along with her, intend to help as much as I possibly can to change this woeful underfunding of research needed to combat this dreadful disease. 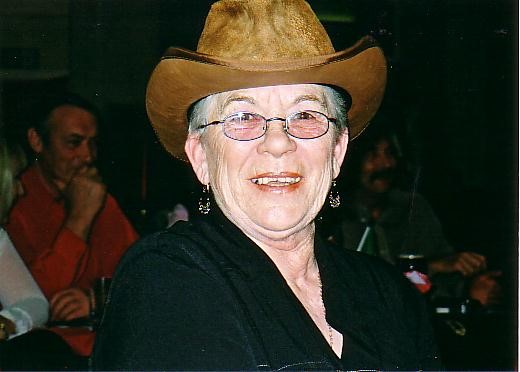