John Fulcher was taken ill on a business trip to Canada. He was diagnosed with an inoperable glioblastoma brain tumour and, together with his wife and accompanied by a nurse, was flown home to the UK. Under the care of Kevin O’Neill, consultant neurosurgeon at Charing Cross, John underwent several surgeries but died ten months later. His widow Wendy is chair of the charity Brain Tumour Research.

“While John was ill and after his death I learnt how little was known about brain tumours and how little research funding was available. Brain tumour research was seriously under-funded and I was shocked to learn there was no national charity dedicated to this area. I am proud to say that the Brain Tumour Research Centre of Excellence opened in September 2015, is part of John’s legacy. It would not have happened without him or without his surgeon Kevin O’Neill.”
John’s wife Wendy tells his story …

John and I met when he arrived for an interview at the company where I worked. Little did we know that we would end up married and owning and running the company together. Later, he told me it was love at first sight but I must admit at the start I was rather more reluctant.

Our first date was on 3rd November 1984 and we went to a pub in Islington. He was an inveterate romantic and would do things like leaving a single rose bud under the windscreen wiper of my car. He persuaded me to go to Egypt and proposed to me as we stood in front of the ancient temples of Karnak. We were married on 12th October 1985 and lived together in Ealing.

We were in Canada on business in August 2000 when John was taken ill. He suffered from crashing headaches. He was also quite withdrawn and I knew something was wrong. I consulted the hotel doctor and we went to a nearby hospital. It was midnight on a Saturday.

John was examined and had an MRI scan. By 2pm the following day we were told he had an inoperable brain tumour.

I returned to the hotel, leaving John in the hospital, while arrangements were made to get him home. There were very dark thoughts in my head as I sat alone and it was probably made worse because we were so far away from friends and family.

John wasn’t allowed to leave the hospital until we had an appointment with a neurosurgeon in the UK and our health insurer sent a nurse to accompany us on the flight home.

There was an ambulance waiting for us as we touched down on August Bank Holiday Monday. We were supposed to go straight to Charing Cross Hospital but we managed to convince the driver to drop us at home so we could have a couple of hours together and try to get some sleep.

When we arrived at the hospital consultant neurosurgeon Kevin O’Neill came to see us. He was totally committed to helping us from the start. I had contacted my GP from Canada and she recommended three people. I chose Kevin and, quite by chance and unusually for a busy surgeon, he had picked up my call personally.

One hears many horror stories about delayed diagnosis and other problems but the efficient and considerate service we received made a lasting impression. In Canada we had been told John’s tumour was inoperable. They hadn’t reckoned on Kevin. Within days, John was in surgery for an eight-hour operation during which around 85% of the tumour was removed. He went on to have radiotherapy but there were complications as he had a blood disorder and later contracted pneumonia. His tumour was an aggressive glioblastoma multiforme (GBM), probably the worst possible, with a life expectancy of as little as six months to two years.

John remained determined that he would be OK and tried to live his life but, by the end of May, he started to lose strength on his left hand side and, gradually, things went downhill from there. Kevin operated on another six occasions and would always come to talk to me afterwards. When I asked him how long we could go on like this he said: “Wendy, you do know it’s incurable. John is not going to get better.” He was always completely honest with me.

Although you have to have hope, I knew in my heart of hearts right from the beginning that I was going to lose John. We never talked about him dying as he continued to believe he would get through it. Kevin gave us extra time and I am indebted to him.

We were back at Charing Cross after John had a fall at home on June 18th. He shut his eyes and never spoke again. He was transferred to a private ward where he remained in a coma. Kevin came to see us and administered some medication which he said would bring John round so we could “discuss whatever we wanted.” We spent his final days together but John didn’t come round. He died on 25th June 2001.

In the many hours I spent talking to Kevin while John was ill and after his death I learnt how little was known about brain tumours and how little research funding was available. Brain tumour research was seriously under-funded and I was shocked to learn there was no national charity dedicated to this area.

Friends, family and colleagues donated in excess of £10,000 in John’s memory and I realised this could be just the beginning. With Kevin’s passion and the unique positioning of myself and those around me in the event organisation and hospitality business, the seed of the idea to create our own charity was sown. The more I learnt about the disease, the more I realised how many people are touched by it.

Selfishly, too, I needed to find a purpose to my life that had gone with the loss of my soul mate, my business partner and my husband. People asked if my motivation for doing this was to create a memorial for John – and to be honest, it isn’t: John will continue to live on in my mind and the mind of everyone who knew him, with or without this project, because he was who he was.

Kevin looked after my husband for ten months. There was nothing that he or I could do to save John, but by fundraising I felt that perhaps some good might come from bad – and it is helping Kevin and others who are able to tackle the terrible effects of the disease, and – to save others from the suffering that John and so many others have endured.

In 2004 I launched BTRC (Brain Tumour Research Campaign). We have raised more than £2m and together with the national charity Brain Tumour Research, where I am now chair of trustees, we are committed to continuing to fund sustainable research which will bring us closer to a cure.

I am proud to say that the Brain Tumour Research Centre of Excellence opened in partnership with Imperial College Healthcare NHS Trust in September 2015, is part of John’s legacy. It would not have happened without him or without Kevin O’Neill.

Brain Tumour Research is striving to fund a network of seven dedicated research centres whilst challenging the government and larger cancer charities to invest more in brain tumour research. This centre is the fourth and means the charity is more than halfway to achieving its aim. 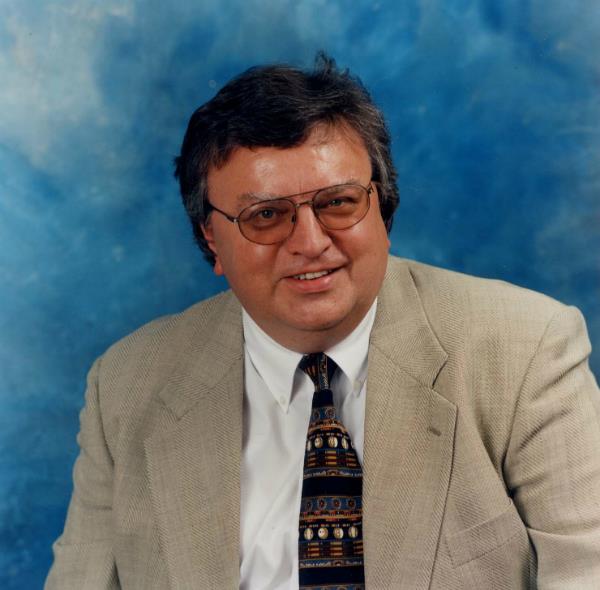