After initially being told his bouts of vomiting could be a stomach bug, Isaiah and his family received the shocking diagnosis he had a medulloblastoma. The schoolboy from Castle Vale had a total of seven surgeries followed by radiotherapy and chemotherapy treatment. After spending almost eight months in Birmingham Children’s Hospital an MRI scan revealed the devastating news that Isaiah’s tumour had spread and there were no further treatment options. He died at home on 20 July 2022 surrounded by his loving family, aged eight. After giving up her role as a carer to be with her son during his treatment, mum Dena is sharing her son’s story and is lending her support to the charity to campaign for more funding to find a cure for the disease.

Here is Isaiah’s story, as told by his mum, Dena…

Isaiah was born at 29 weeks and doctors were concerned with how this would impact him growing up. He turned out absolutely beautiful and despite living with cerebral palsy, there is no indication that either of these things link back to his brain tumour diagnosis.

Around the end of November 2021, Isaiah kept being sick which I thought could be a virus. When he started to throw up blood I took him to Birmingham Heartlands Hospital. Doctors thought he may have gastroenteritis and the blood could be the cause of tearing something internally.

For almost five weeks we were back and forth to the hospital being told the same thing. We went to the GP - as Isaiah started to complain of headaches and a stiffness in his neck - who told us it could be from the bouts of vomiting.

I knew something more was wrong and on 17 December I took Isaiah to Birmingham Children’s Hospital A&E where a CT scan confirmed there was a mass at the back of Isaiah’s head.

Everything went blank and I fell to my knees, hysterical at hearing the news.

An MRI confirmed it was cancerous and three days later he had almost 15 hours of surgery to remove the tumour. Doctors confirmed Isaiah had a medulloblastoma.

“He immediately lost his ability to speak and swallow after surgery. I never got to hear him speak again.” 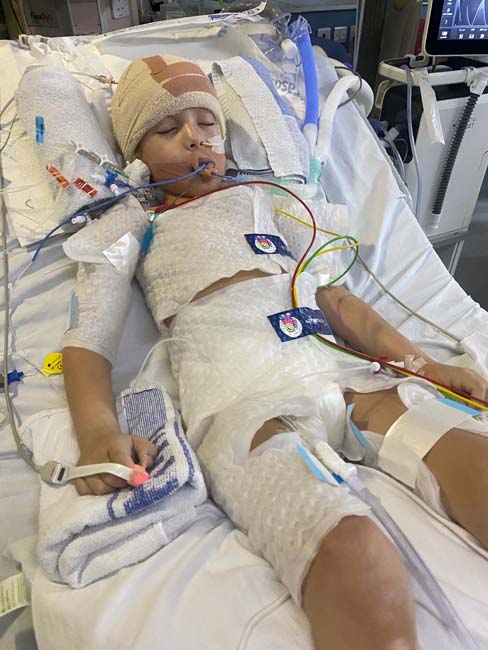 From December 2021 to July 2022, Isaiah was in hospital due to planned procedures and unexpected complications. Everything that could go wrong seemed to happen to him.

He spent five weeks in the intensive care unit (ICU). He developed high blood pressure and had another operation to fit a shunt which would drain any build-up of excess fluid on his brain. On Christmas Eve he had part of the bone removed on his skull to allow for the swelling to reduce from the previous surgeries and was told there was a 50/50 chance of him surviving. 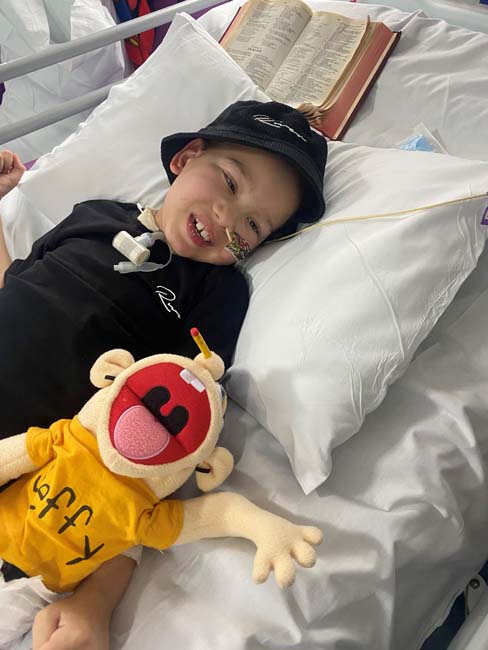 Isaiah was placed on a ventilator and in January 2022 fitted with a tracheostomy.

He was part-way through what was meant to be 11 weeks of chemotherapy when he was taken into theatre again as his shunt became blocked.

Over the course of his recovery, he learned to communicate by a shake and nod of his head and he discovered how to murmur words under the care of a speech and language therapist.

“You could see Isaiah grow in confidence as he would blow me kisses. I was starting to see my cheeky little boy coming back.”

By the time June came round, Isaiah had managed three rounds of chemotherapy and a couple of days of radiotherapy before his shunt was blocked again. He had an MRI which showed the cancer had spread to his brain stem and spine. Doctors confirmed there was nothing more they could do for him. 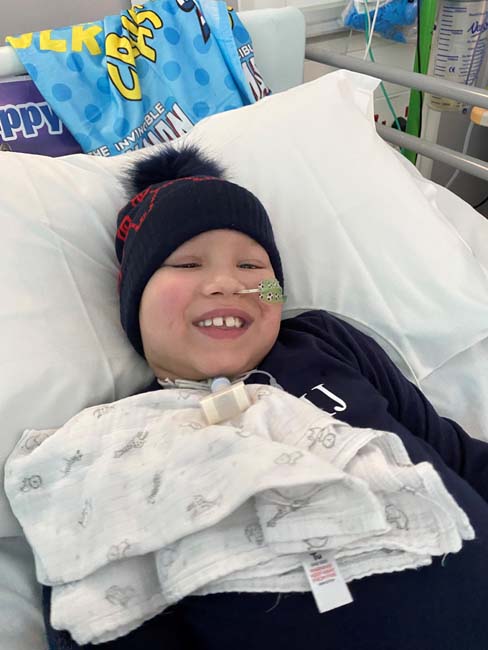 A month later, Isaiah died on 20 July 2022 at home surrounded by his family.

The care and support which we received as a family from the team at Birmingham Children’s Hospital was amazing. Isaiah had such an impact on the staff on the wards and one nurse sang at his funeral, exactly how she did for him when he was in hospital.

Isaiah had six siblings and for almost the entire time he was poorly, I was away from my family. We missed out on family birthdays and Christmas, it was the most dreadful time.

So often the signs of a brain tumour are missed or mistaken for other conditions. Since losing Isaiah I have signed up to support Brain Tumour Research as a campaigner and to fundraise by taking part in 10,000 Steps a Day in February – to help in their vision to find a cure for all types of brain tumours. 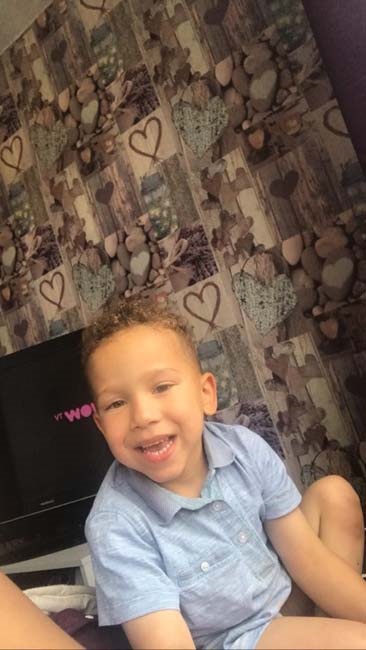