Victor Ortiz and Assunta Trapanese lost their only child to a deadly brain tumour in 2019. Isabella Ortiz was just three when she was diagnosed with DIPG at the Royal Manchester Children’s Hospital in June 2017 and died at the age of five. Her parents desperately sought private treatment and will remain forever grateful for the support of their community, who remain by their side through the darkest days, as Isabella succumbed to the disease and they said the cruellest of goodbyes.

Here is Isabella’s story, as told by her parents, Assunta and Victor…

We always knew Isabella was an extraordinary gift but looking back it was almost as if she was sent to us to teach us about how to live and always be happy. She had an infectious laugh, was always the centre of attention, and would light up the room. Despite all she had to endure, she never complained, or asked questions about her illness. She didn’t cry in pain and always remained positive. She loved Disney and to us she was a real-life princess. She had a wardrobe full of princess costumes; from Belle to Jasmine to Snow White, and we laid her to rest dressed as Princess Elsa from the movie ‘Frozen’, her first Princess, and cuddling her favourite soft toys.

“Soon after Isabella was diagnosed, we knew she was terminal, with an average survival prognosis of just nine to 12 months. Her tumour type was Diffuse intrinsic pontine glioma or DIPG; an aggressive, high-grade brain tumour, most often occurring in children.” 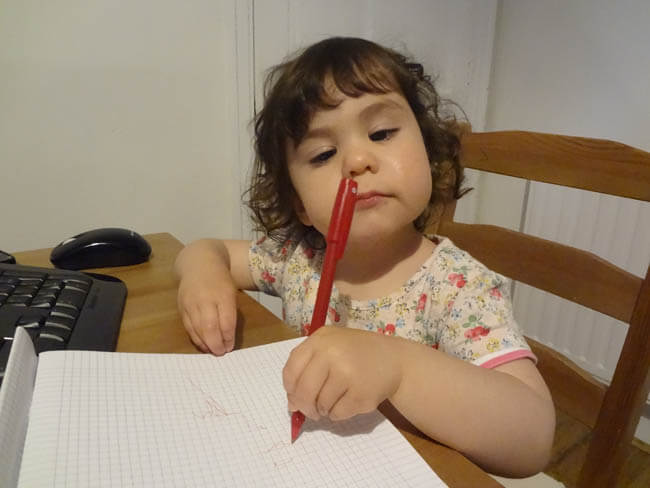 Despite the fact that Isabella had been diagnosed with brain cancer, she was always happy, smiley, and very mischievous. She loved playing hide and seek and performing her ‘magic shows. She liked signing after receiving a karaoke recorder as a Christmas present. She would even invite any of the medical staff visiting her at home to join her when singing Disney songs. Nobody could believe she had brain cancer.

Although it was the worst time of our lives, somehow, we made the most of it. Our days were taken up with caring for Isabella as she became increasingly disabled during the last year of her life. In the evenings and late into the night we would dedicate our time to scouring the internet for clinical trials in the UK and overseas, desperate to try and prolong the precious time we had left with our little girl. Thanks to family, friends, colleagues and the generosity of people who were touched by Isabella’s story around the world, we raised around £120,000 to help pay for the medical bills for a private clinic trial at Harley Street Clinic in London, when we were left with no further options on the NHS. 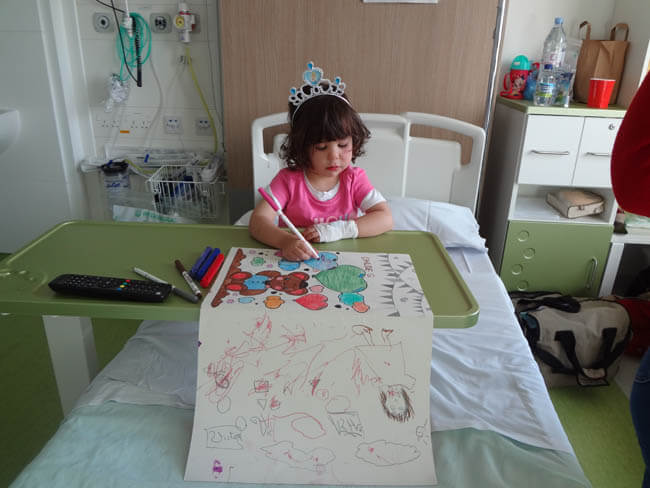 We quickly learned what a DIPG diagnosis really meant. It was a death sentence. It wasn’t if she would die but when and her quality of life, however long that might be, was the most important thing for us. Through social media, we found comfort and encouragement from joining an online community of other parents on the same horrific journey. It was helpful to connect with others who knew what we were going through, but it was a ‘club’ none of us would have liked to join. Like others before us we soon realised that treatment options were limited.

Isabella had 30 sessions of radiotherapy in July and August 2017, in conjunction with a trial of targeted cancer therapies for children and young people with a brain tumour called BIOMEDE at Liverpool Alder Hey Children’s Hospital. After seven months we realised that the side effects of the chemotherapy treatment far outweighed any benefits. It was a hard decision, but, in April 2018, we withdrew Isabella from the BIOMEDE trial and instead went for private treatment at the Harley Street Clinic Children's Hospital in London, after ruling out clinical trials in Mexico, USA and Germany. The CED (Convection Enhanced Delivery) treatment involved an eight-hour operation to implant four catheters into her brain through, through which the chemotherapy drugs were delivered directly into the tumour. As this method means the drugs do not get into the blood system and can bypass the brain blood barrier, the risk of side effects, such as hair loss and nausea, were significantly reduced.

“At four years old, Isabella endured endless days of invasive treatment but somehow she tolerated it all. We would make the most out of our frequent visits to London, treating her to dinner at Pizza Express (her favourite restaurant), gifts from her favourite Disney shop, theatre trips to watch her favourite ‘The Lion King’ and zoo outings.”

We managed to extend Isabella’s life by almost 18 months as the treatment from Harley Street Clinic proved to be effective and had the disease in her brain under control for almost 12 months. During this time Isabella joined reception class at Queensgate Primary School, as any other child her age, and she enjoyed her little life surrounded by her school friends, close family and relatives. She was very popular at school due to her lovely personality, belly laugh, happiness and joy. She was always happy and with a smile on her face.

Isabella never asked questions and it was satisfying to think that we were pushing boundaries; the NHS had told us there was nothing more to be done and we were given a prognosis of six to nine months. Initially, the tumour appeared to be shrinking while Isabella was under the Harley street Clinic in London but then came the worst news of all. In October 2018, we were told the cancer had spread elsewhere in her spine. This was treated with an emergency session of radiotherapy at The Christie in Manchester. Then came more bad news in April 2019 when they told us the cancer was active in the pons and appeared to spreading to other parts of the brain. There really was nothing more they could do. We were very lucky Isabella was offered a third round of radiotherapy at The Christie. We were expecting Isabella to have further three months of high quality of life.

Victor continued searching for alternative treatments around the world and enquiring about Isabella’s eligibility to join other clinical trials. However, Isabella was not fit to travel or undertake further treatments. It was hard to accept this was the end of our treatment journey and our desperate search for options had come to an end. We then decided we wanted to spend quality time with Isabella and continued offering her the best experience she could ever have.

“On more than one occasion we found a clinical trial somewhere in the world but for one reason or another we were told she wasn’t eligible, and another door would close.” 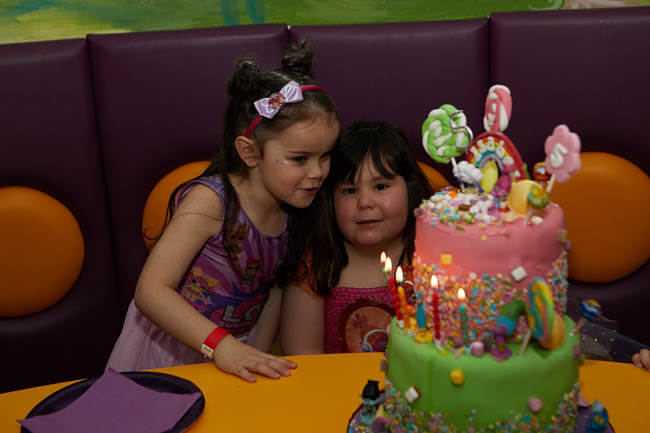 In August, Victor went to the travel agent and booked the best package he could find to take our little princess to Disneyland Paris to make memories. That trip will stay with us forever; Isabella had the time of her life, as we chased across the park, pushing her in her special buggy, to ensure she could collect every princess’s and Disney character’s autographs. Isabella carried an autograph book with signatures of all Disney characters and she proudly showed it to her friends, family members and the medical staff when they visited her at home.  A month later, in September, we decided to throw one last celebration as the community came together to create the best party we could ever hope for. Isabella and Assunta dressed in matching Princess Jasmine costumes and, at Isabella’s request, Victor was Aladdin and made a big entrance dancing to ‘I like to move it!’ from one of her favourite films, Madagascar. Isabella couldn’t stop lighting while she entered the room. She loved being at the centre of attention.

“By this time Isabella’s mobility was severely affected. She was unable to sit unaided, move her legs or arms, eat and her speech was deteriorating by the day.”

Within weeks of the party, Isabelle’s decline was rapid. She was not fit to start year one at school and we decided to keep her at home and make sure she was happy and well looked after. As her condition went downhill very quickly, we were almost grateful she didn’t suffer. We knew other parents, who had endured months of pain, as they watched their children die and deteriorate gradually.  We were expecting that, so it was a blessing that the end came quickly. She was admitted to hospital on Tuesday 15 October to have a feeding tube put in and on the afternoon of Saturday 19 October we held her hands and assured her that mummy and daddy would be fine. We gave her permission to go. We said: ‘Grab your angel wings and go. When our time is right, we will find you and hug you.’

We were so grateful to the wonderful NHS staff, that during the 28 months Isabella fought with courage and determination, they were always there to support her and provide her with first class medical service. We are very thankful to those who helped us when made the decision to donate Isabella’s tumour to the Institute of Cancer Research in London, to help other families in the future. Isabella had one final procedure to remove the tissue and after that she was moved from the hospital to Francis House Children’s Hospice in Didsbury, where we spent our final days together and prepared her and ourselves for the funeral. We dressed her as Elsa and surrounded her with her favourite teddies. 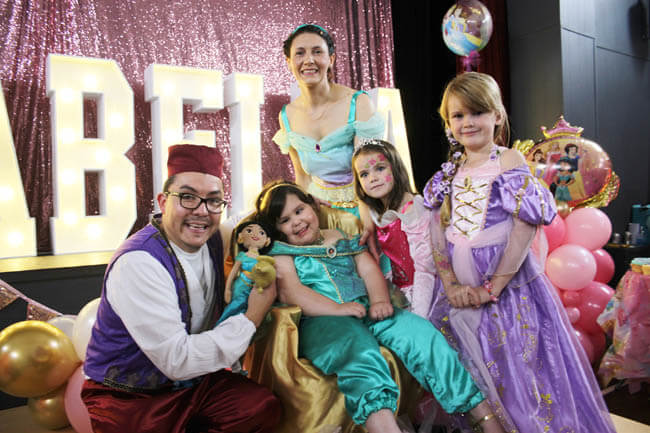 Her funeral service took place at St Ambrose Church in Stockport on 29 October 2019. We dressed as Kristoff and Anna from the film Frozen and a singer performed ‘Let it Go’ and “A Whole New World” from Aladdin, in tribute to our Disney-loving daughter.   Isabella was always cheerful and often mischievous. She never felt inferior or different; she had lots of friends, who adored her, and she still managed to go school and to birthday parties. They gave us nine months but Isabella lived with this dreadful cancer for 28 months and with an excellent quality of life for her condition. She was a fighter and she will never be forgotten.

If you have been touched by Isabella’s story and would like to know more about our lobbying, research updates and fundraising opportunities, please sign up to our weekly e-news. 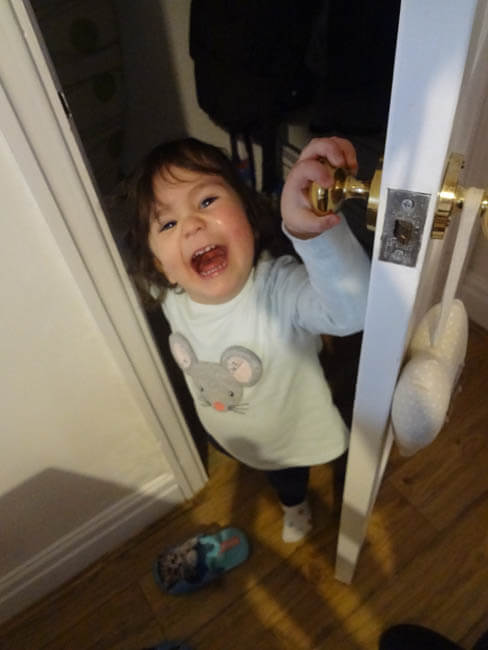