We are grateful to Gemma who worked with us in May 2015 to share her story here. Sadly, she passed away on 19th December 2018. We remember Gemma as we continue our work to raise awareness of this devastating disease and to fund research to help find a cure. She will be forever in our hearts.

Gemma, 29, a paediatric nurse at Colchester General Hospital, and a wife and mother, was diagnosed with a malignant brain tumour after just a few days of migraine-type symptoms. Her sons, Noah and Dylan were just eight weeks and two years old at the time.
Being diagnosed with a brain tumour was all very sudden. I did suffer with some headaches during my second pregnancy, but my midwife reassured me it was down to hormones.  Less than a couple of months after my second son was born, I had three days of nausea, vomiting and severe headaches, leaving me completely incapable of looking after my two young boys. The GP put it down to migraine, but the next day I went to A&E feeling a bit stupid and hoping that I could be given some stronger pain relief so I could get back to being a mum again.

At Colchester General Hospital, the doctor decided to do a scan just to be on the safe side.  Everything then happened so quickly. My husband Rob was at home looking after the boys and I was given the news supported by two work colleagues that the scan had revealed a mass on the brain – possibly a brain abscess.

Two hours later, I was transferred to Queen’s Hospital, Romford, for a craniotomy the next morning when surgeons removed as much as possible of a tumour and performed a biopsy. It was all such a shock and so hard to take in, especially as I was being told that I would need to undergo radiotherapy and possibly chemotherapy too.

Meanwhile, my youngest son, Noah, who was just eight weeks old and Dylan, who was two years old were left without Mummy while she was in hospital for four or five days until she came home with a shaved and bandaged head. We couldn’t expect Dylan to understand anything more than: “Mummy’s got a poorly head.”

It was a long wait for the results of the biopsy, particularly as there was a delay. We were preparing ourselves for bad news. Three weeks after the craniotomy, the verdict came through… I had a grade IV glioblastoma multiforme. As a nurse, I had witnessed parents in that position many times, being confronted with devastating news about their children, but I had never been on the other side receiving such news about myself.
I found myself back in hospital a few times with infections and headaches.

Then I had six weeks of radiotherapy finishing in mid-January. It was good to get back to normality and not having to go to hospital every day for treatment.

To date I have not had any chemo as I have been advised that the side-effects would outweigh the benefits.

An MRI scan in April showed no sign of regrowth, although lots of scarring was visible.

I take each day as it comes and try to stay positive. Up until now I have been off work on sick leave and I have applied for ill-health retirement which will come into effect in June.  I never imagined I would be receiving a pension at the age of 29!

My husband, Rob, is a police officer and when I was still able to work we would always try to work opposite shifts so that one or other of us could be at home with the boys. Now I am not working we can spend much more quality time as a family and are busy planning exciting holidays and trips to Legoland. I never thought I would be able to afford to be a 'stay-at-home mum' so I keep telling myself there are lots of positives and perks to my awful situation. I could, and am often tempted to, just hide myself away under the duvet, but I don’t want my boys to have bad memories of Mummy.

Being a nurse, I obviously knew a bit about brain tumours before, but since I was diagnosed I have been researching everything and looking in particular for new treatments which might help me.

Until I started speaking online to others in the same situation, I had never realised how terribly underfunded research into brain tumours was or how devastating such a diagnosis is to the people involved and their families.

My main aim now is to raise awareness so that research into brain tumours gets the funding it deserves in order to hopefully find a cure and save my life! 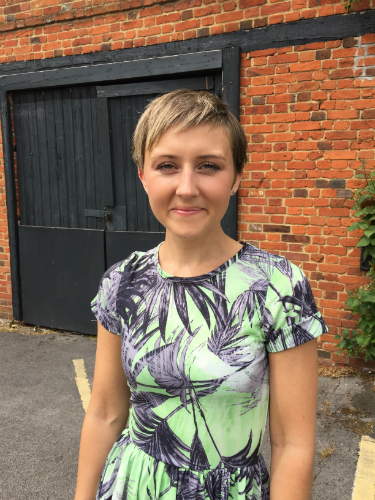