Dean was a healthy man who worked hard (up to 60 hours per week) as a builder, and then enjoyed a drink and playing pranks.  He loved his family and was very loyal to his friends – he had the same best friend since the age of seven.  When Dean was 27 he was diagnosed with a glioblastoma multiforme grade IV which he fought with so much courage and his indomitable sense of humour; nevertheless he was cruelly taken from us just seven months later.

“Dean will always remain in our thoughts and in our lives and we talk about him daily.  We don’t want to shy away from the scary parts of this illness; we want everybody to see how brave Dean was.  We, as a family, promise to continue the fight against brain tumours in his honour.”

For a few days, Dean just thought he was suffering with a flu virus.  He carried on working until someone pointed out that his speech was a bit slurred and he seemed to be off-balance.  Dean went home to bed and slept.  Five days later, he went to the walk-in centre where medical staff thought he had had a stroke because by then Dean was extremely off-balance.  He was also asking to go back to Mum and Dad’s (even though he didn’t live there any more).

Dean was rushed to hospital where it was discovered that he had a brain tumour which was causing immense pressure on his brain and threatening his life.  It was a total shock which we weren’t able to take in before he was rushed to theatre in an attempt to ease the pressure and save Dean’s life.

Just before the surgery was to begin, doctors learned that Dean has taken aspirin for his pain, thereby thinning his blood and putting him at a much higher risk of haemorrhaging as a result of the impending surgery.  In order to minimise this threat, his surgery was put on hold for several hours while life-saving plasma was flown to the hospital via emergency air ambulance.  The moment the plasma arrived, Dean was taken into theatre to relieve the pressure and to take a biopsy.

A few days later we discovered that Dean’s tumour was an extremely aggressive form of cancer – a glioblastoma multiforme grade IV.  My sister and I did some research on the internet and soon discovered how serious his situation was and how few options there were to treat our brother.

Dean underwent a craniotomy to remove as much of the tumour as possible.  Beforehand, we were warned that Dean might have severe complications from the surgery, such as loss of speech, but Dean recovered amazingly well from this second more invasive procedure, even asking for pizza and kebabs whilst recovering in intensive care!  He came home within a few weeks of first arriving in hospital.
However, Dean’s battle had only just begun.  He spent the next few weeks taking daily courses of chemotherapy and steroids to keep the tumour at bay and reduce the pressure in his brain, before embarking on six weeks of intense daily radiotherapy sessions, which made him extremely unwell and caused him to lose his sight, while his mobility decreased dramatically.

Although Dean felt sick and exhausted every day from his treatment, he continued to tell jokes and play pranks whenever he could and would look forward to special little treats to take his mind away from his pain.  One of his favourites was his daily smoothie from the hospital café, which he would insist on having no matter how tired or unwell he felt.

On completion of the radiotherapy, we were hopeful that Dean would be on the road to recovery, but it wasn’t to be.  His health began to deteriorate quite rapidly and he suffered a series of problems, spending a considerable amount of time in hospital recovering from blood clots on his lungs and increases of pressure in his brain.  Still Dean’s playful personality continued to shine through and he would yet again look forward to any little treats he could get, but particularly the McDonalds breakfasts we would take him in each morning!

It was during this time that we almost lost Dean – he fell into unconsciousness for 24 hours after two doses of Manotol – but he fought on and managed to come home just before his 28th birthday, which we were able to celebrate as a family, watching proudly as Dean blew out the candles on his cake with his usual infectious grin and amazing humour.

Following the birthday celebrations, Dean’s health declined quickly and he needed round-the-clock care from his family and regular visits from nurses as he struggled with his blindness, an almost complete loss of mobility, seizures and most significantly, a total loss of privacy.  However, this incredibly lovable young man continued to fight – with his family alongside him, spending time reminiscing or listening to music and stand-up comedy.

With his family holding his hands, Dean tragically lost his battle and passed away on 14th November 2012, aged just 28 and just over seven months from when his battle had begun.

Looking back, we were quite naïve about Dean’s brain tumour.  When he was first diagnosed, we weren’t given any options about treatment, or even a prognosis.  The doctors didn’t even say it was terminal until much later.  We want to know why so many people die very quickly from this aggressive form of brain cancer?  We hope that funds raised by the Free Bird Trust will make a difference and help find the answer to this question and many others – so little is known about brain tumours.

Dean will always remain in our thoughts and in our lives and we talk about him daily.  We don’t want to shy away from the scary parts of this illness; we want everybody to see how brave Dean was.  We, as a family, promise to continue the fight against brain tumours in his honour. 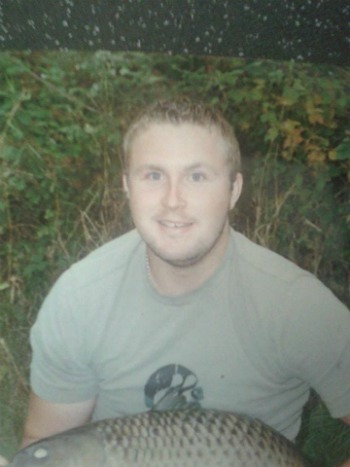