Bill grew up on the Hamble River in the family boatyard, so it was hardly surprising he had a passion for the River, nor that boats were in his blood.  He started a chandlery business called Aladdin’s Cave on the Hamble over 40 years ago and ended up owning all the chandleries on the River.

Later in life he discovered golf and it became a great source of enjoyment for him.  He organised a Golf Day each year for the Marine trade, which we revived last year after a two year absence.

The tumour came out of the blue – Bill had shown no obvious symptoms.  The day before his collapse he had played in a golf competition and won!   On the morning of 5th March 2009 Bill had got up as usual and gone into the kitchen.  I walked in and he was at the sink seemingly staring into the garden.  He then raised his right arm and let out the most awful scream, before collapsing to the floor and fitting slightly.

I called an ambulance immediately and the man at the end of the phone stayed on the line until the ambulance arrived, reassuring me all the time.   Bill had come round when the paramedics arrived and was taken to hospital in Portsmouth.  All the checks and a CT scan revealed nothing so after three days he was discharged.

His GP referred him to a cardiologist and when nothing was found wrong with his heart, Bill saw a neurologist who ordered an MRI scan and there was the tumour.

Bill and I were both shell-shocked, but we were told it was operable, so that gave us hope.  Bill was such a positive person, whose glass was always half-full.   He was determined to fight it and prove the exception to the usual grim statistics.


10 days later, Bill had a craniotomy and made a brilliant recovery.  His oncologist felt he might be lucky after treatment and live longer than we had been led to believe.  His luck ran out, however, when he developed a DVT and had to be put on warfarin.  As a result of that treatment he had a bleed on the brain on the site of the surgery and from then on was never the same man.

The bleed affected his ability to talk coherently to us, but he could still understand everything.  Despite this, he remained happy and continued to be the lovely man he had always been, right to the end.

Bill remained at home and was treated with radiotherapy and tramadol during the summer of 2009, but at the end of September when he had another MRI scan, it showed that the tumour had returned and doubled in size.  We were told he probably would not make Christmas, but he did and enjoyed it and saw Easter 2010 as well.

In January 2010, the carer, Sandra, who had helped me since November of the previous year agreed to move in with us.  Bill loved her and we got on very well - she will be a life-long friend.  At one point I persuaded her to go home for a weekend to spend some time with her husband and family.  On the Monday morning she was on the doorstep with her suitcase saying she was coming back and staying because she had been worrying about us all weekend.  She was with me when Bill died.

If a death could be perfect, Bill’s was.  He was in his own home on a beautiful spring afternoon.  He died so peacefully in my arms on the 15th April, 2010.  At that moment half of me went too.

I was lost and bereft on my own and then a friend, who is also a scientist, introduced me to Professor Geoff Pilkington who heads up research at Brain Tumour Research’s centre of excellence in Portsmouth.  I have learnt so much from Geoff about brain tumours since I volunteered to help him with his admin, and understand now much more about the hideous alien which forms inside the brain and is able to develop a life source of its own.

It is this which has spurred me to set up the Aladdin’s Lamp Fund in Bill’s memory, a fundraising group of Brain Tumour Research, to channel funds directly to Geoff’s laboratory so that better treatments and ultimately a cure for brain tumours can be found.   I also hope, through Aladdin’s Lamp Fund, to spread the word that the money devoted to brain tumour research has so far been woefully inadequate when compared to other forms of cancer. 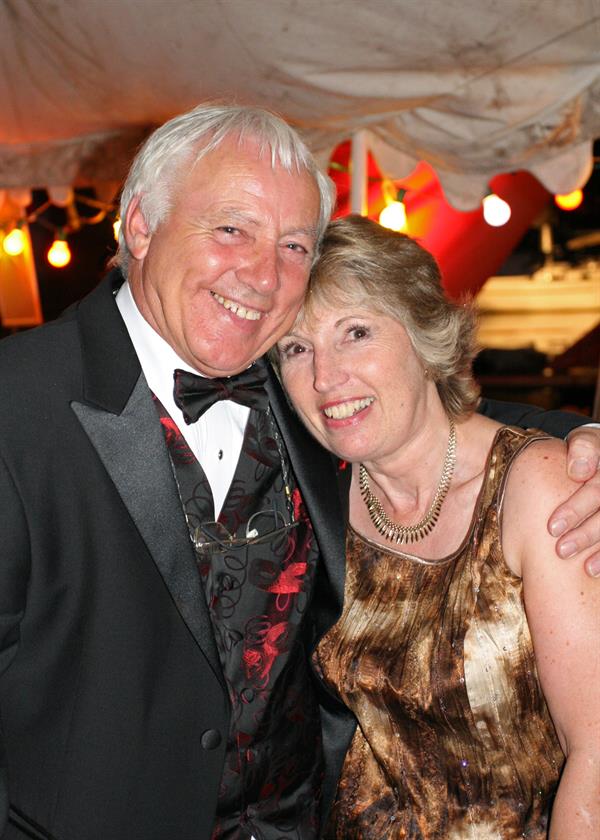