Aurora was just six years old with her whole life ahead of her when she was diagnosed with a brain tumour.  She fought a brave battle for three and a half years, but sadly lost the fight, leaving her parents and two sisters, Isabella and Chiara with a huge hole in their family.

Aurora only ever had one fit and that was it - she was otherwise completely healthy.  Yet in 2006 we found ourselves at our local hospital where an MRI scan revealed Aurora had a brain tumour.  When  Aurora was diagnosed it felt like I was having an out of body experience.  I was pregnant with my third daughter and it seemed like I was looking down at myself, not knowing what to think.

Thankfully, the subsequent biopsy told us that the tumour, a ganglioglioma, was benign.

Initially the neurosurgeon didn’t want to operate – the tumour was right in the middle of Aurora’s brain and difficult to access - but when it started to grow one year later, the tumour was removed with relative success, although Aurora did lose some of her peripheral vision.

Four months later Aurora complained of double vision.  We were still hopeful that everything was going to be ok, only to be given the devastating news that not only had the tumour grown back, but it had also changed and was now grade IV.  We were told Aurora had just two months to live.  We decided to keep this news from Aurora’s elder sister, Isabella – they were so close, not just in age.

Aurora remained very brave and strong, despite having to undergo Radiotherapy.  She always wanted to go to middle school and she confounded the doctors by not only doing just that, but for surviving for a further two and a half years – so I am so glad I didn’t tell Isabella (as I was continually encouraged to do) because she would have had to live with this terrible knowledge all that time.

Aurora endured seven operations in all.  I couldn’t look at her without thinking about what was going on in her head.  Knowing that she was going to die made me feel like Aurora was in the middle of the road and that her father and I were on the pavement watching a big lorry coming and not being able to save her.  We were totally helpless.

In February 2009 we were told Aurora only had a few weeks to live but she didn’t actually pass away until August and was still talking to us right up to the day before.

Aurora’s friends described her as “too good to be true”.  She touched a lot of people in her short life.

I am so aware of the life that has been extinguished – a life which had so much promise and potential.  Aurora was an amazingly artistic child who loved creative writing.  After she passed away we found her diaries, full of beautiful words… and then the blank pages… as well as a letter she had written to us and lists of how to be happy.

We have donated a trophy to Aurora’s school in her memory which is to be awarded for creative and artistic brilliance, but I want to do something to help Brain Tumour Research because I know that right now another family somewhere is getting the news that their loved one has a brain tumour.  I want to know that something is being done to bring hope to the thousands of families who receive the devastating news each year that one of their loved ones has a brain tumour.

I also want to raise awareness of brain tumours and let people know how shocking it is that only 1% of national cancer research spending is on brain tumours.  When Aurora was in hospital, I actually remember thinking, “why couldn’t she have had leukaemia?” as she would have then stood a good chance of surviving.  I urge people to do what they can to help find a cure for brain tumours. 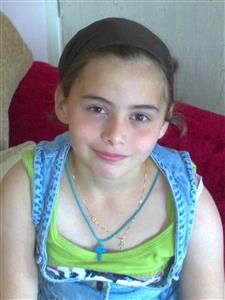