Along with her husband Mahendra, Amita had owned a shop called “Lucky Jewellers” on Belgrave Road – Leicester’s Golden Mile for nearly 40 years.  She was looking forward to enjoying retirement and having more leisure time to spend with family and enjoy lovely holidays.  Tragically, she passed away from a brain tumour, aged 55, just three months after diagnosis.

Here is Amita’s story as told by her daughter, Sneha…

“The speed in which we lost Mum was so shocking.  I couldn’t believe that in this day and age Mum could have something which was incurable.”

It was in the autumn of 2013 that Mum started to feel really weak – like her body was drained of energy.  Along with other members of the family, we noticed that she was not as able to follow conversations like she used to.  As she suffered with an under-active thyroid, all of us (including my younger sister, Charita, who was in GP training at Leicester’s Royal Infirmary at the time) were initially not unduly worried.

Mum then had a blackout, and, whilst she was waiting to have some tests, she had to be rushed to hospital one morning with a severe headache and vomiting.  We were totally shocked when a scan revealed a mass in her brain.

Mum was diagnosed with a glioblastoma – the most aggressive type of brain tumour – and underwent surgery the same week.  She was given a prognosis of 12 to 15 months.  Sadly, despite being treated with chemotherapy and radiotherapy, her tumour was too big and Mum passed away on 9th January 2014, aged 55.

The speed in which we lost Mum was so shocking.  I couldn’t believe that in this day and age Mum could have something which was “incurable”.  We are a very close family and we were hoping we would have at least a year with Mum after her diagnosis, but it ended up being just three months.  We all felt quite helpless, but Mum was amazing and always really positive.  She didn’t cry or ask “why me?”  She helped us all to cope instead of the other way round.

On the day of her funeral, as a sign of the great respect felt within the community for her, all the jewellers along Belgrave Road pulled down their shutters for 10 minutes at 11am.

I wanted to do something positive in memory of Mum which would bring hope to other families faced with the same situation as ours, so I decided I would set myself a challenge to climb Mount Kilimanjaro.  I gave myself a target to raise enough funds to sponsor a day of research at one of Brain Tumour Research’s Centres of Excellence.  It costs £1 million per year per centre to fund research – that’s £2,740 per day.  Thanks to the incredible generosity of extended family and friends, I was delighted to have raised well over my target.

On the summit of Africa’s tallest mountain, I had a little moment to myself remembering Mum and felt her watching over me.  I remembered the times when I had come back from back-packing and shared my adventures with her and for a while I felt quite overwhelmed at the thought that I was no longer able to share experiences such as this one with her.

Brain tumours kill more children and adults under the age of 40 than any other cancer... yet just 1% of the national spend on cancer research has been allocated to this devastating disease.  I think this is quite unacceptable!  My mission is to raise awareness so that, even though it is too late for Mum, I can make a difference for families in the future who face the news that a loved one has been diagnosed. 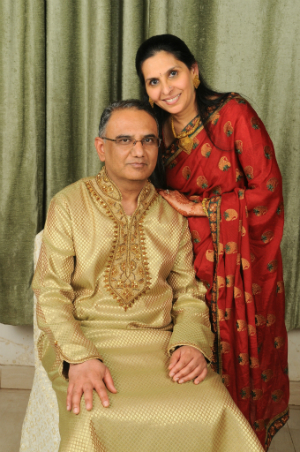