Albie Bayliss-Watts, from Didcot in Oxfordshire, was just two years old when, in November 2021, he died from an aggressive brain tumour he’d been fighting for less than a year. Albie’s death has left his two mums, Lauren and Hayley, completely heart-broken. Having dedicated the last year of their lives to caring for Albie through gruelling surgeries and chemotherapy, they are now trying to deal with their grief by raising awareness and fundraising in his name.

Albie was our only child. We were very lucky to receive a sperm donation from a friend, to enable us to have a baby and when Albie came along, he made our lives complete. Up until October 2020, when Albie suffered a seizure out-of-the-blue, he was a happy and healthy baby, who gave us no cause for concern. When he had the seizure, we took him to the John Radcliffe (JR) Hospital in Oxford but they didn’t give him a CT scan. At first, they thought he may have been suffering from tonsillitis, which had caused him to have convulsions but the next day we were told it was probably a type of epilepsy and the doctors referred Albie to neurology. But six weeks later, just before Albie was due to see a consultant, he started being sick. We thought it was just a bug initially then, on 8 December, he began vomiting blood and we became really worried. 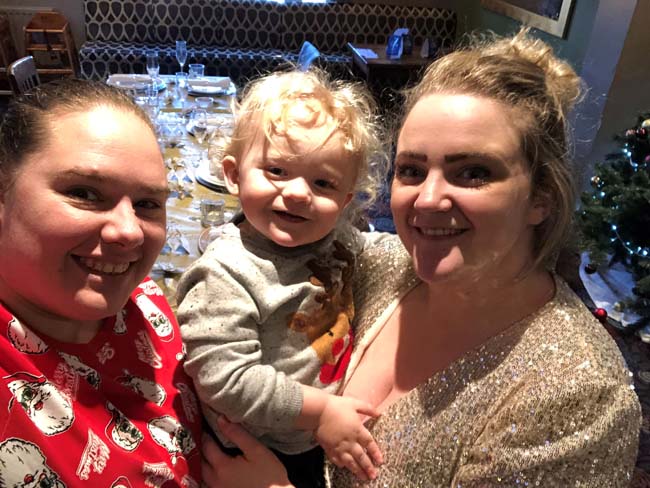 We took Albie back to the hospital and they reassured us that it was probably just a sickness bug, which had caused the lining of his stomach to bleed. After 24 hours on fluids, he continued to deteriorate but each blood test came back with normal results. That’s when they decided to have a look at his brain, so they gave him a CT scan and later an MRI scan, which revealed a mass the size of a tennis ball on Albie’s brain. 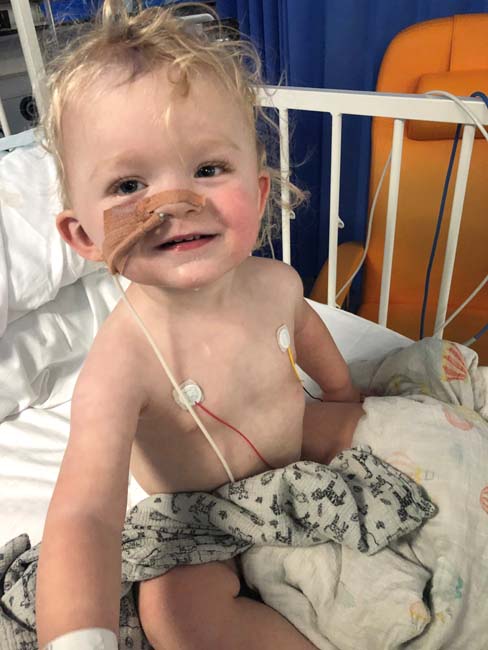 “The growth was causing so much pressure that within hours, he was undergoing emergency brain surgery.”

The operation lasted 10 hours. It was horrendous; we paced the corridors all day waiting for news and when, eventually, the surgeon came to tell us that it had gone to plan, we were elated. We went to see Albie in the intensive care unit (ICU) but because of the COVID-19 restrictions, we had to go in one at a time. It was clear he recognised us and again, we were so happy and relieved.

Albie’s amazing surgeon managed to remove 99% of the tumour and after just five days, he was well enough to come home. At just 18 months old, he was so strong and brave, it was incredible. We soon got our cheeky little man back and hoped we were out of the woods but sadly, it wasn’t to be.

“When the biopsy results came back, we were given the horrifying news that the tumour – so rare it couldn’t be identified – was high-grade and aggressive.”

On Christmas Eve 2020, Albie had lines fitted in readiness to administer chemotherapy, which would begin in the New Year. Luckily, we were at home on Christmas Day and made some lovely memories – little did we know that it would turn out to be our little boy’s second and last Christmas. 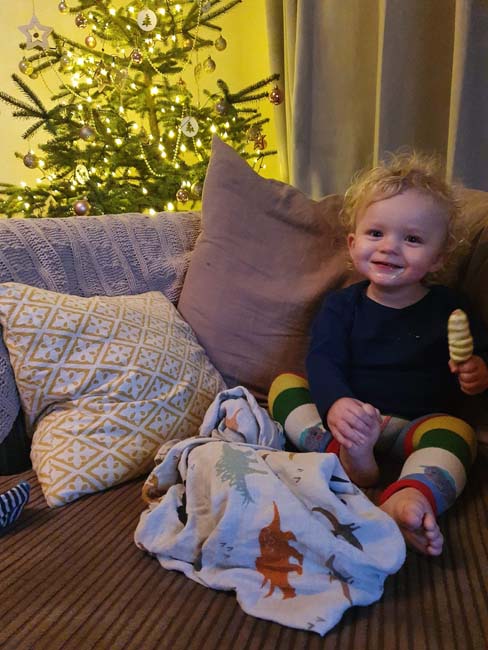 On New Year’s Eve, Albie began vomiting again and had an emergency scan, which revealed the tumour was already growing back and he would need to start emergency chemotherapy immediately. The only good news was that the cancerous cells hadn’t spread to his cerebrospinal fluid (CSF). 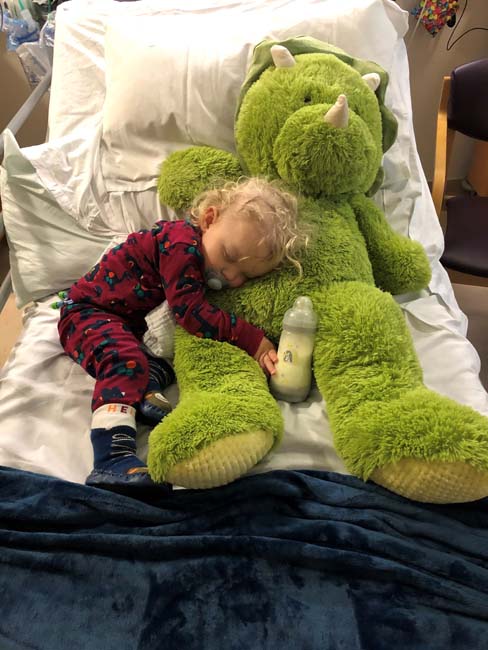 Albie amazed us with his strength and courage. He was an absolute superhero, taking everything in his stride. Once he got into a routine with his chemo, he would spend six days in hospital on the treatment, with a 21-day break in between each cycle. He often got poorly between cycles and would end up having longer gaps. The side effects were brutal but he would become stronger with each round; he was so determined.

“He’d run around the ward, laughing, playing, making everyone smile and making us so proud. We called him ‘the unstoppable child’.” 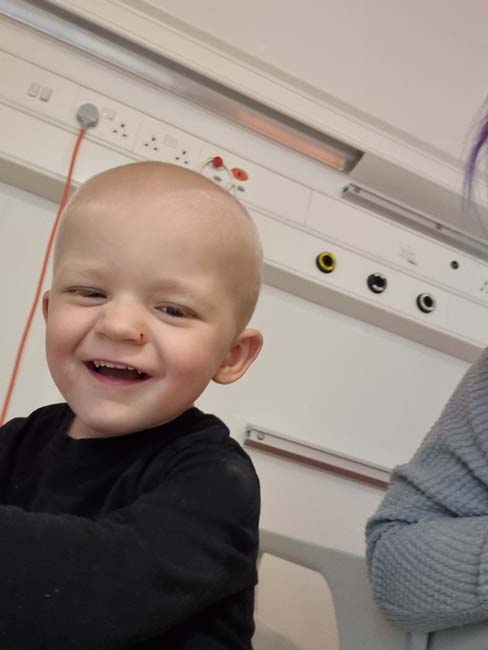 On 18 May, Albie celebrated his second birthday during a break in treatment. Afterwards, his test results revealed his bloods hadn’t recovered sufficiently to resume chemo, so his treatment was delayed. By July, his bone marrow was so damaged that he couldn’t continue on his treatment regime.

In July, Albie started a higher dose of chemo, which involved a six-week stay in hospital. This treatment made him a lot sicker and the side effects were awful. It gave him a really bad tummy and he would spend most of his time in bed, which meant he lost a lot of muscle tone and had to build back strength. 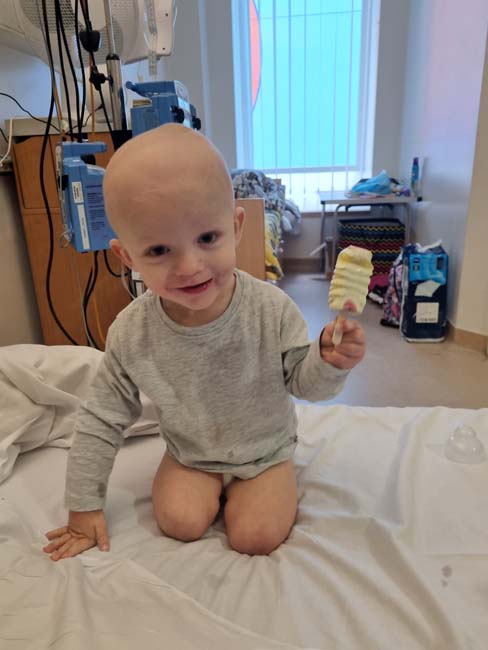 Albie came home on 20 August and was doing really well, leading us to believe that he would make a full recovery. However, we were dealt another terrible blow in October, when scan results showed that the disease had spread to Albie’s CSF and there were ‘areas of concern’ in his spine.

We couldn’t believe it; we were expecting them to say everything was fine. It hit us like a tonne of bricks. On 27 October, he had an Ommaya port fitted in his head to administer chemo directly into the brain fluid. It wouldn’t cure him but they thought it would give us extra time. Two weeks later, on 11 November, Hayley and I finally got married, having postponed our wedding twice, due to the pandemic.

“We had our ceremony at Didcot Registry Office and then a huge party at the pub afterwards. Albie was there and it was so special; the best day of our lives.”

Albie joined us, along with his cousin, on our honeymoon at Haven in Weymouth, Dorset. We all had a lovely time but on the final day of the holiday, he became very unwell and we rushed him back to the JR in Oxford. A series of tests revealed that he had a bleed coming from a new tumour in the cerebellum, at the back and base of the brain. In just two weeks three new tumours had grown, all of them inoperable. There were no further treatment options available and we were completely distraught. 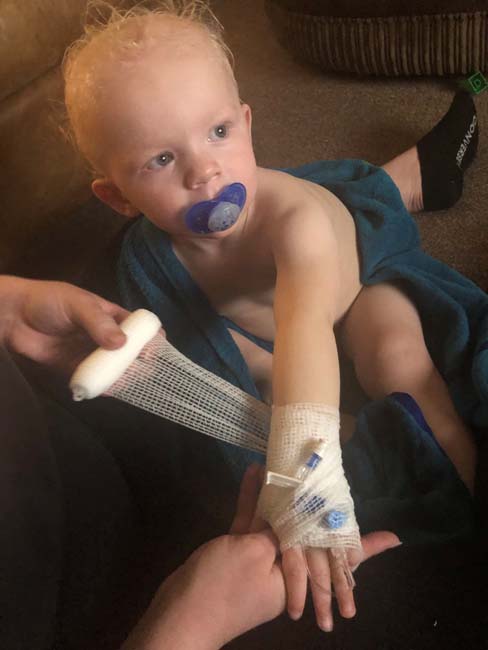 On 22 November, Albie had surgery to fit a shunt, which allowed him to be well enough to go to Helen & Douglas House Hospice in Oxford. As soon as we got there, it felt calm and settling; it was the right place for Albie. He liked looking out of the window at the gardens and was really peaceful there.

“Six days later, on Sunday 28 November, he died at 6.30pm with Hayley and me by his side, singing to him and holding his hands.”

Towards the end, we were almost willing him to let go because he was so helpless and wouldn’t want to be like that. But in those final moments, having given him permission to go, we were desperate for him to hold on. We were so conflicted. Nothing in this world can be as painful as losing a child.

We cannot believe that our beautiful, funny, courageous baby has gone and coming to terms with our loss is so very hard. During his short life, Albie touched so many people’s hearts and filled our world with nothing but pure joy. We recently had to face Christmas without our darling boy and the only way we felt we could do that was by escaping overseas to spend the festive period away from home. We spent many hours crying, yearning to wake up from this nightmare. We pour over Albie’s photos, wishing we could go back and make time stand still in those happy moments. 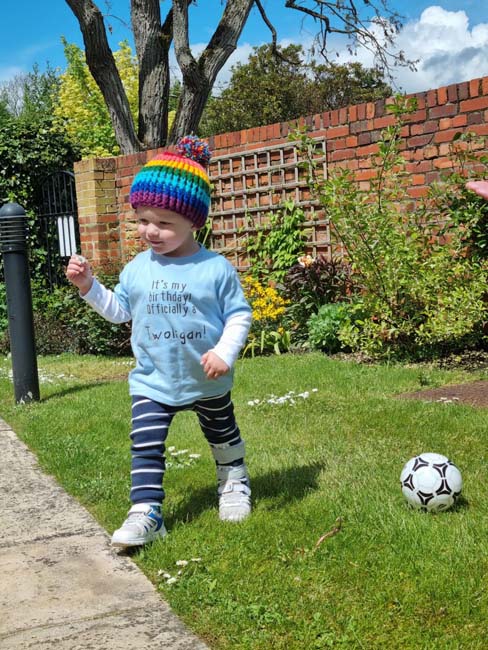 When Albie was poorly and on treatment, Hayley’s mum Sheila Bayliss, who runs Hagbourne Pre-school, fundraised for Brain Tumour Research by taking part in the charity’s Wear A Hat Day. Now, Hayley and I are exploring ways to keep Albie’s memory alive by continuing to support research into brain tumours, in the hope that no other family will have to suffer like us. We have a Facebook group we’ve recently re-named ‘ Albie and Beyond’, which was a space for us to update and document Albie’s brave journey when he was alive. We are now looking to use this group, along with his Instagram, to do some charitable work in his memory and we hope all of Albie’s loyal supporters will stay with us for that.

Albie fought cancer with style and spirit and our memories will forever remind us of how in awe we were of our little fighter, right until the very end. Nothing can take this pain away but having so many amazing people around us and so much support is helping us to get through. Knowing how loved our boy was only drives us to be strong for him. 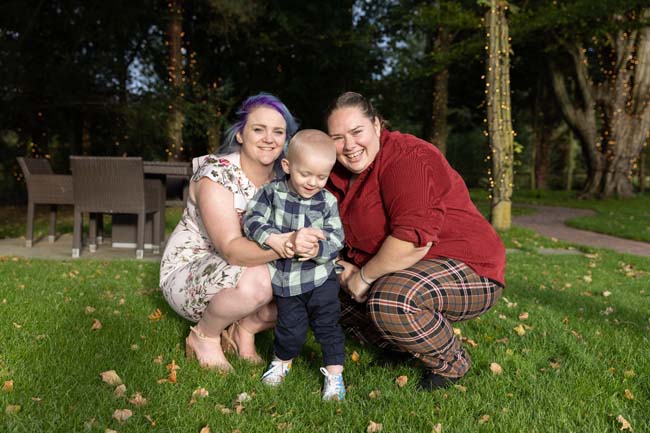 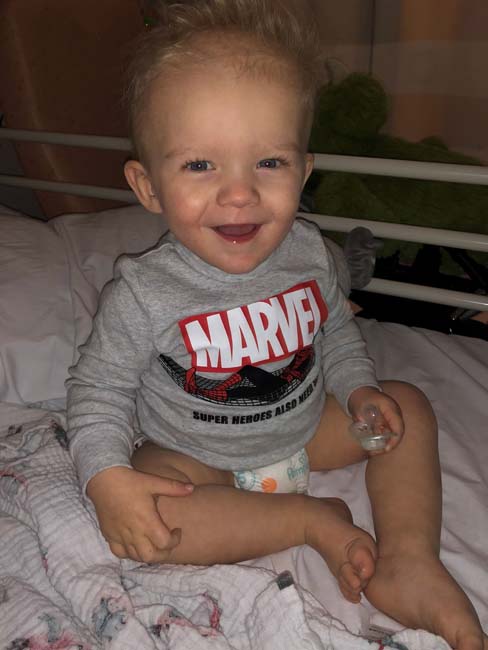