Father-of-two Neil Danziger, of Queen’s Park, London, thought he may have had a blood blockage when he first started seeking help for his symptoms, which included light-headedness and phantom smells. Owing to the location and size of his tumour, Neil was able to have it surgically removed. Although initially identified as a low-grade pilocytic astrocytoma, the surrounding cells showed a mutated gene more commonly found in high-grade diffuse midline gliomas, leading doctors to recommend a more aggressive treatment. Now, having finished radiotherapy and chemotherapy last year, the 47-year-old is being monitored with regular scans.

Since early December 2020 I’d been having lightheaded moments. Often if I’d been doing something I’d need to sit down, and it was followed by a strong sense of smell.

“I’d smell something that clearly wasn’t there, lasting for about 10 seconds or so.”

I’d had high blood pressure and high cholesterol in the past and my grandfather died of a heart attack at 60 so I decided to get checked out. They did blood tests and a scan where they put dye in the body to check there are no blockages or narrowing of the veins, and the next day they called and I was told there was nothing seriously wrong with any of my bloods but a small lesion had been found in my brain on the temporal lobe.

I’d been more concerned I might have had some kind of blood blockage that would lead to a heart attack or stroke and that’s what set me off to get checked out, so when I found out I had a brain tumour it was a shock. I felt surprised but ready for battle – my game face came out. I felt as optimistic as I possibly could because it was so small, only 1cm.

“I’d heard of people having plum or apple-sized tumours and I had a pea. So, I thought ‘I have a pea, I can do this’.”

I went to see a neurologist and he looked at the scans and said ‘that’s where it is’. He didn’t know exactly what it was but he wanted to take it out on 8 February 2021 and explained how he was going to do it. They couldn’t say how long it had been there but it hadn’t grown from the time of my first scan to the day before surgery, so that was promising.

I think it was a Monday morning that I checked myself into The Wellington Hospital in north London and, at lunchtime, off I went for brain surgery. As far as they could tell, they had got it all. Everything went pretty well and they were happy with my recovery. The next day I was feeling OK but a bit sore on the side of my head, where they’d operated.

A biopsy of my tumour was sent off to pathology and came back as a possible pilocytic astrocytoma, but low-grade. However, the cells around it came back showing a mutated gene which is more common in aggressive high-grade diffuse midline gliomas, or DIPG, more commonly found in the young.

“That it was in my 46-year-old brain and in the wrong place left the medical team surprised.”

After surgery I was sent to oncology to start treatment because the cells they found, while they could have been dormant, could also have been aggressive. The London Clinic, in central London, treated it as a fairly aggressive tumour with six weeks of radiotherapy and chemotherapy. Then at the end of April 2021, a month after that finished, I started six months of chemo, which involved five days of pills followed by a 23-day break and then the cycle started again. My final round began on 28 September.

“I knew my scan after chemo would give me an idea of what was still inside my head and hoped it was nothing sinister.”

In November I got the all clear and I’ve now had four scans in six months after changing oncologists in February, which is a speed I’m quite happy to go at. I’ve been told that going forward I’ll be having them every three months for three years. I do get a little anxious the week before and the last time was more nerve-racking because results from the London Clinic only take a day to come back whereas they take about a week at the National Hospital for Neurology and Neurosurgery, where I go now in Queen Square, and I was worried the delay meant they’d found something. I called my oncologist, who was off with COVID, but found out their scans are more detailed and usually take five or six days to be fully analysed. My next scan is in September and I’ll be much more prepared for the process then.

“I’ve gone back to the gym and am doing more exercise and feeling more active so am in a good place mentally and physically. 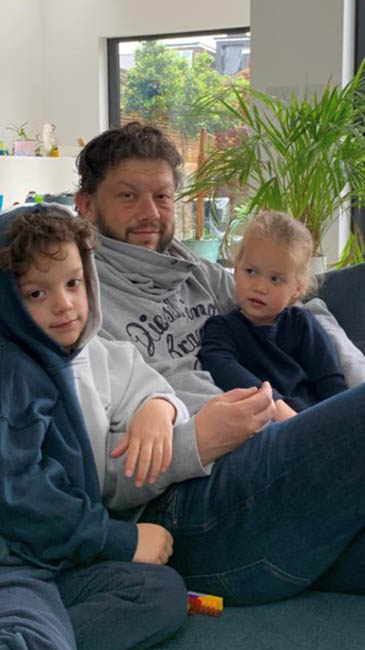 I’m fortunate that my kids were too young to understand what was going on, Henry was six and Millie was only three. I think it was hardest on my wife, Victoria, though. As the person going through it, I had the ability to manage my own mind and was just doing what I needed to do to solve my problem until someone told me differently. I feel like I know what to look out for now so if I start having the same feelings I had leading up to the discovery of my brain tumour then I’ll know what it is and what to expect. Either way I can’t worry too much about what’s going to happen, all I can do is deal with it as it does. 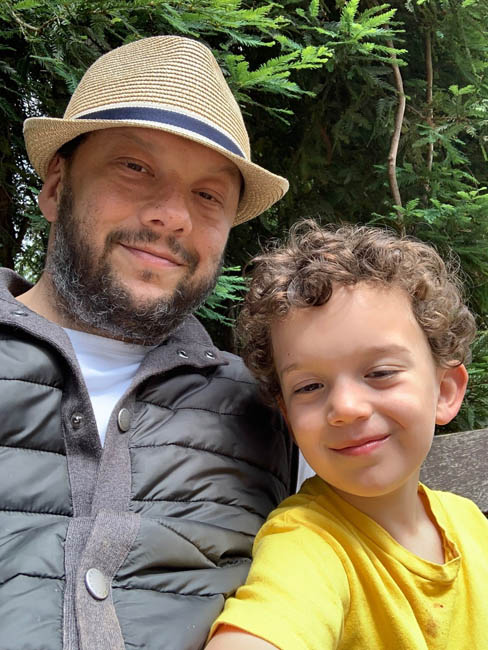 I was born in South Africa but my parents, both doctors, emigrated to England to escape apartheid. My mum had breast cancer around 14 years ago and is still all clear and my father passed away during the pandemic but had previously had kidney cancer, which spread to his brain as a secondary cancer in 1997.

“I’m obviously from strong stock and couldn’t help feeling that if my dad had a brain tumour at 65 and beat it then I had a good chance of beating it too.”

Gentle exercise is good for the mind and the body so getting out and going for a walk is great for me, I find it calming. With this in mind, on Saturday 25 September I took part in a Walk of Hope to raise funds for Brain Tumour Research. It was a half marathon parks challenge, so involved walking around Hyde Park twice, then on to Regent’s Park, finishing on top of Primrose Hill, which took about five hours to complete. 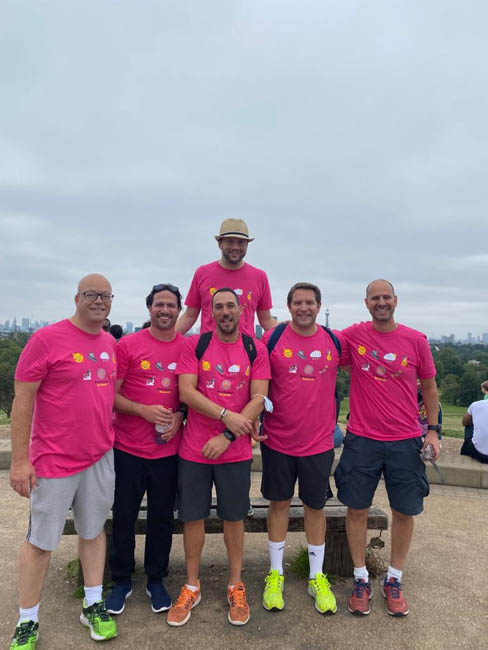 It was such a rewarding and enjoyable experience. It was invigorating to be out having finished my fifth round of chemo just a few days before. I was joined by lots of my friends, including several who used to drive me to my radiotherapy sessions and then walk around Regent’s Park with me after, so to walk 13 miles across London with them was fantastic. I set up a fundraising page and am delighted to say I raised £14,900.

“I hope the money’s life-changing and will help make a difference for everyone going forward who has a brain tumour.”

We need better treatments and more studies into it. What Brain Tumour Research does is amazing, in trying to find a way to reduce future caseloads, and every penny counts.

I’m definitely going to try and get involved in this year’s Walk of Hope but I’ll be more focused on raising awareness this time, which I continue to do by wearing my charity t-shirt when I take my dog for a walk or go to the school to pick my kids up. I feel proud that I’m raising awareness of the charity just by walking around the streets and proud that I’ve got myself through what I have and am still here and back to living a normal life again. 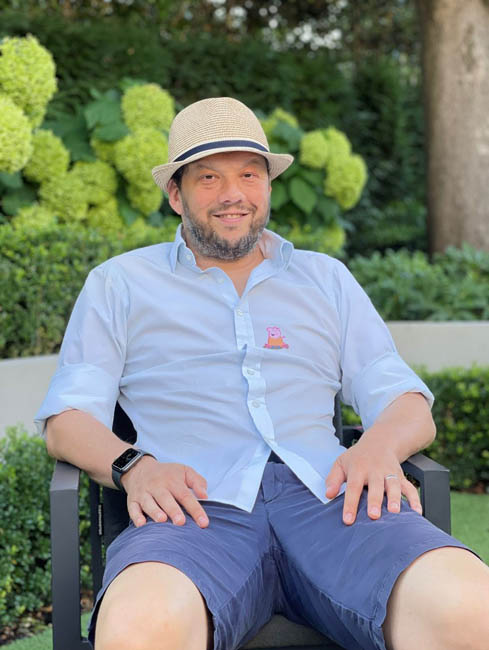