Stuart Polak had been married to Charlotte for two years and they were expecting their first child when he was diagnosed with a brain tumour and given just six months to live. Fortunately, the high-risk surgery he underwent was successful. Nearly 30 years later, on his maiden speech in the House of Lords in 2015, Lord Polak made light of the permanent one-sided hearing loss which, along with partial facial paralysis, was a result of the operation which saved his life. He is working with Brain Tumour Research to share his story to raise awareness of the disease and bring pressure for increased investment to help find a cure.

I was 27 and my wife Charlotte was eight months pregnant when, out of the blue, I was diagnosed with a brain tumour. Just weeks before, I had run the London Marathon; I was fit as a fiddle and assumed I would live forever. 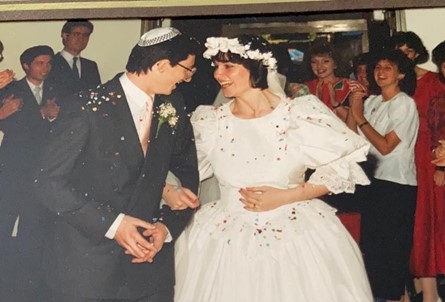 It was a problem with my hearing which sent me to the GP. Charlotte said I should probably get my ear syringed but the doctor, a young chap probably around my age, said there was nothing there but, as a precaution, asked me to go back the following day for a hearing test. There’s no doubt in my mind that he saved my life as I’m sure 99% of doctors would have sent me away and said there was nothing wrong.

The test showed I had a problem with high frequencies and from there I was referred to a specialist at the Royal Free Hospital in London. It was May 1988 and a busy time for us. Charlotte was just four weeks away from having our first baby and I was organising a reception for the new Lord Chancellor, James Mackay, Lord Mackay of Clashfern.

My wife went off to do some last bits of shopping before the baby was born and was going to meet me back at my office in Euston after the scan. But things didn’t quite work out that way. They were running late at the hospital. I was going to walk out and get my appointment rearranged but, having waited for an hour or so, something told me I should hang on.

“A man in a white coat came to see me. He told me he was a neurologist – I didn’t even know what that was – and he held up the scan image and said: ‘This large shaded area is a tumour which is growing in your brain and it looks as if it has been there for a long time. You’ve probably got around six months to live’.”

It felt as if he was talking about somebody else. Somehow I managed to drive back to Euston and broke the news to my wife and then my parents back in Liverpool. I was told I could have an operation but it needed to happen quickly, within the next month. My main concern was for Charlotte. The baby was so close and I was determined that, should it be a boy, I would be around for the traditional Jewish naming ceremony and circumcision on the eighth day after the birth. I knew my surgery was going to be very high-risk and had been told one in four people didn’t make it off the table and, for those who did, there was a 50:50 chance of brain damage.

Charlotte was induced in order that we could arrange the ceremony before my surgery in case I died. In fact, the baby was a girl, our beautiful Natasha whose Hebrew name is Nechama meaning comfort. She was the focus of our lives for that fortnight before my operation, a wonderful distraction. 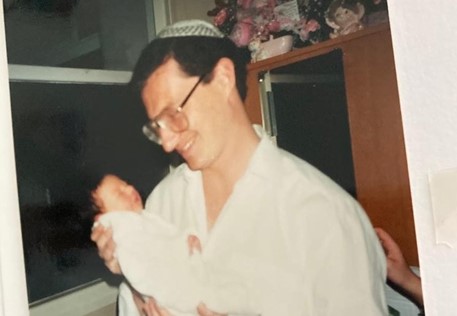 The night before surgery I collected some tablets from the hospital and my wife and I, together with my sister, brother-in-law and my parents, went for supper in Belsize Park. It was a sunny, early summer evening in June and it hit me, for the first time really, that this could be the Last Supper with my team. I didn’t vocalise it at the time but subconsciously I was saying goodbye to them.

When I got to the hospital to prepare for the operation the following day I wrote a note stating that, should I be brain damaged, I was not to be brought round. My wife was just 23, with a new baby and her whole life ahead. I wasn’t going to burden her with having to look after me.

Having set out my wishes I had a wonderful night’s sleep. When I woke from the anaesthetic after the operation the following day, I had two pressing questions: how was Natasha who was then 14 days old and how was England faring against the West Indies in the Test Match at Lords?

“The surgery lasted ten hours and there were jokes that the first five had been spent trying to locate my brain!”

I was OK but permanently deaf in my left ear and half my face was paralysed because they had to cut a nerve to remove the tumour, a low-grade acoustic neuroma.

I was very weak for quite a while but made a good recovery and didn’t require any follow-up treatment. A small piece of tumour remains as it was too risky to remove and I have always known there is a chance it might grow at some stage. I carried on with my life and have been successful in certain things and less successful in others. Charlotte and I welcomed our second child, Daniel, two years after Natasha.

Coming as it did when we were so young, my diagnosis set the tone for our lives and taught us to get on and do things and not to wait around. In July 2013, Daniel married Gila and in March 2016, Natasha married Jonny. 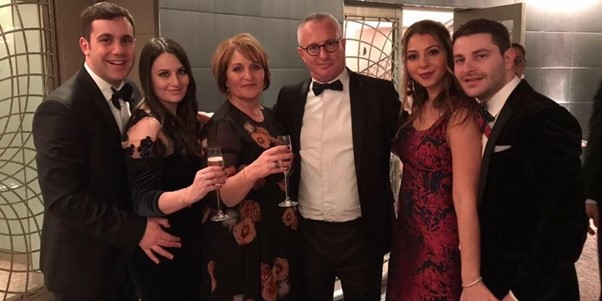 I haven’t spoken a great deal about my brain tumour story but sometimes one is conscious of the facial paralysis or the need to explain the hearing loss as I did in my maiden speech in the House of Lords. I was privileged to be in the House to hear Dame Tessa Jowell’s moving speech in January 2018 about her treatment for brain cancer. And more recently I was pleased to ask about the Government’s commitment to this niche but deadly cancer.

If talking about what happened to me can help others, then that is a good thing. 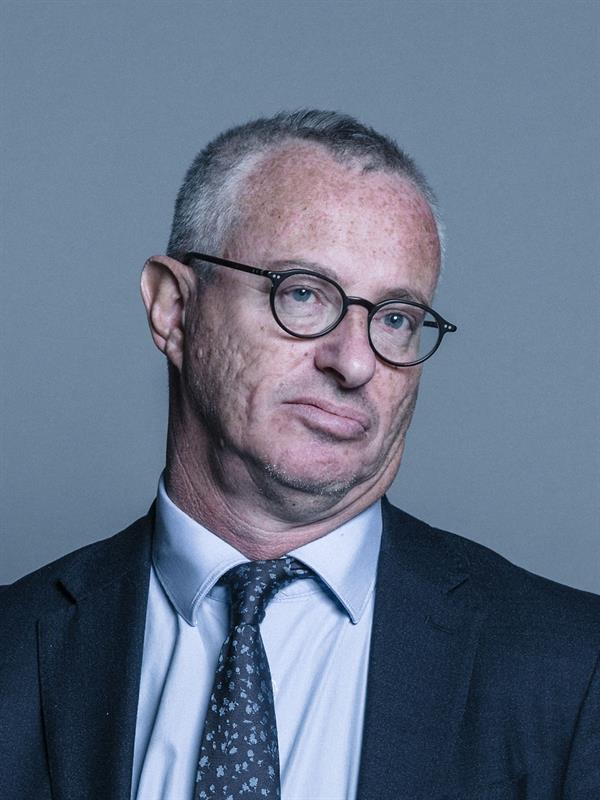