Since being diagnosed with a brain tumour in February 2011, Lisa has decided to live life to the full. She has been skiing, is learning to sail, is taking acting classes and has even been on TV as an extra in Emmerdale. The location of her low-grade oligodendroglioma brain tumour meant it could not be fully removed by surgery. A recurrence of the tumour meant Lisa was back on treatment in the early part of 2017.

“During my brain operation, I played on an iPad so the surgeons could see how what they were doing affected my eyesight, speech and recognition. The location of my tumour meant it could not be fully removed and now my ‘loft lodger’ as I call it is growing. The prognosis I have been given is to expect to live for three to five years but this is just statistics and something which I do not dwell on. There are so many things I would like to do and I have decided to live life.”
I found out I had a brain tumour in February 2011. About two years before that I had been experiencing problems with my right ear. It constantly felt blocked and I went to the doctor and then a specialist but my hearing was fine and I was told there was nothing wrong.

The problem persisted and, after a while, I went back. This time they sent me for an MRI scan and they noticed something was wrong. A biopsy was taken and I was told I had a low-grade astocytoma brain tumour. However, in February 2012 it was told that the tumour was actually a different type, an oligodendroglioma but it was grade 2, so not too bad. My sight was affected in my left eye so I had glasses to help with that and there were many eye tests which followed. My sight is definitely deteriorating but not too badly at the moment.

Looking back, it is very strange to recall that a year or so before I had the scan I said to my husband Tony that I thought I had a brain tumour. There was something wrong on my right-hand side. Things started with a problem with my ear and then there I was with the diagnosis of a brain tumour. Of course, I was shocked but, to be honest, it wasn’t the terrible shock it might have been had the thought never even crossed my mind.

Four months after my diagnosis I underwent an awake craniotomy at Leeds General Infirmary. The surgery lasted from 8am until 5pm. After the first 90 minutes I was woken up so the team could test my responses as the operation to proceeded in order to ensure there was minimal damage to my speech, eyesight and understanding. Two or three days before it took place I was so, so scared but I found a lot of comfort in talking to others who had experience in this field and that was when I had my first contact with Carol Robertson who is now Community Fundraising Manager for Brain Tumour Research. She was brilliant and helped me get in touch with others to talk about what I might expect. The procedure went well. It was brilliant, unreal even. There was no pain and the medical team were fantastic. During the operation, I was playing on an iPad so that my speech and recognition of objects could be tested. Within hours I was out of my hospital bed and walking.

However, for a long time after the operation I felt my brain had slowed down. I would get words wrong, saying microwave for example when I meant the cooker or fridge and it took about a year before this improved. The tiredness I experienced was unbelievable. It is hard to explain but it was utterly debilitating. I had been temping as a PA but decided not to go back to work.

The location of my tumour meant it could not be fully removed and now my “loft lodger”, as I call it, is growing. The prognosis I was given was to expect to live for three to five years but this is just statistics and something which I do not well on. There are so many things I would like to do and I have decided to live life.

I have started to have sailing lessons and next year I hope to crew on a yacht, sailing from Antigua to Southampton. Last year I went skiing for the first time, next month I am taking part in a dragon boat race. In 2013 I started acting classes and, to date, I have been in a short film and have worked as an extra on Emmerdale. I have also been working with a playwright on a film.

I go to the gym when I can and look forward to walking my Basset Hounds Lily on the Moors. Every three months I have a scan to see if the tumour has changed in any way. Sometimes I have dark moments but I am a very positive person and have always been strong. We have been married for 12 years and Tony is absolutely brilliant; the support I have had from him is unbelievable.

I was back on chemotherapy and radiotherapy in the early part of this year, 2017, and have just finished my latest round of treatment. An MRI scan an April will show if this had had any impact on the tumour. My view is that there is no point in being anxious, what will be will be and I cannot change it. In many ways I feel fortunate in that I know what is happening inside my head unlike some people who are diagnosed late and find out they have only a few months to live.

Brain tumours kill more children and adults under the age of 40 than any other cancer ... yet just 1% of the national spend on cancer research has allocated to this devastating disease. This is unacceptable!

Brain Tumour Research is a charity very close to my heart and, with its commitment to fund dedicated research centres, really stands out. Research is our best hope and I am sharing my story in the hope of helping others. 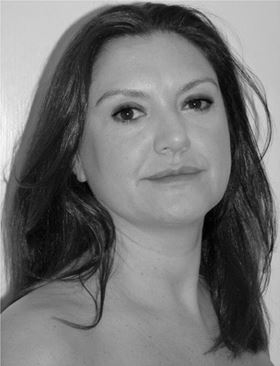