Thirty-nine-year-old Hannah King-Page from Meriden in the West Midlands kept her symptoms a secret for three months until she suffered a seizure at work in October 2020, forcing her to seek medical help to find out the cause. After deciding to go to Bristol Infirmary A&E, the now medically retired specialist musculoskeletal (MSK) and pain management physiotherapist, was given the devastating news that she had a mass on her brain. She later discovered it is the ‘worst-case scenario’; a grade 4 glioblastoma multiforme (GBM). In November 2020, surgeons at University Hospital Coventry and Warwickshire (UHCW) removed around half of the tumour and in June 2021 Hannah married her long-term partner, Andrew.

My mum is a quilter and can sew almost anything. A vivid memory I have of growing up was owning my first pair of shop-bought jeans at the age of 13. Before that, my mum had always made clothes for me to wear. Now it’s more homeware like cushion covers, table runners and seasonal decorations. I like to think that’s where I get my talent for crafting from. Crafting was always something I was good at and just did for fun, I never expected it to become part of my rehab after brain surgery. 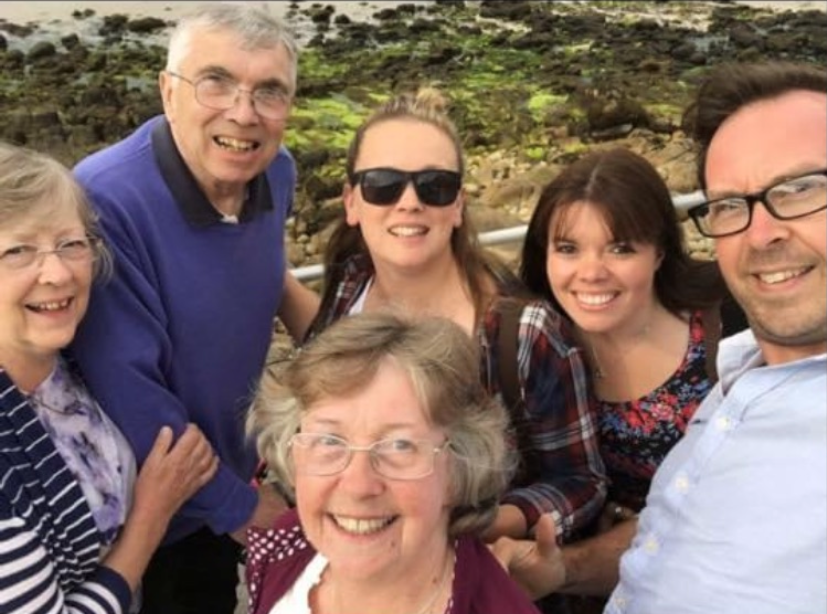 I began having seizures in August 2020 and there was no real pattern to them. My breathing changed and it felt like I wanted to cough, if I tried to speak nothing came out; it was just a murmur. The first time it happened I was at home doing an online exercise class so I sat down and let it pass. As they became more frequent, I tried to say the words: ‘I don’t like it’ out loud but every time I couldn’t get the words out.

On 6 October I was sitting with a student physio at work, about to write something but I couldn’t move my hand and then my eyes rolled to the back of my head as I had a seizure. This was the first time it had happened around people. Even after this happened, I still drove myself home, knowing I needed to do something about it.

“The seizures happened daily during the beginning of November, lasting between 20 and 30 seconds. I knew they were happening but I couldn’t do anything about it.”

I phoned NHS 111 and had a call with my GP, and a face-to-face appointment followed the next day. I was prescribed migraine medication, which helped me sleep and the GP offered me three choices;

I could wait it out, go private or present at A&E whilst waiting for a neurological assessment. During this whole experience I had only spoken to two people about what I was going through, my partner Andrew and my cousin Sarah, who is a nurse at Bristol Royal Infirmary. She suggested I visit her and go to A&E in Bristol which helped me skip the triage part of going to hospital.

At the time I was working as a specialist musculoskeletal (MSK) and pain management physiotherapist so I had already had an idea of what might be going on and thought a diagnosis could be focal epilepsy. It was all very surreal to be on the patient side of things. Sarah and I went for a coffee after my ECG and MRI scan and within half an hour she had a text from the consultant to say the results were ready.

“Up until this point, it just felt like work, as if I was supporting someone else. It didn’t feel like it was my reality.”

That’s when I was taken to a side room, you know it’s going to be bad news when you’re taken to a private room. I was told there was a mass on my brain and I would need surgery to determine the type of tumour it was, confirming my worst fears.On the way home from Bristol, I phoned my mum and told her about my diagnosis and up until this point I hadn’t told her anything, I felt embarrassed when I had seizures. My mum was shocked and said: ‘never keep things from me again’. I felt heartbroken for her, especially as we lost my dad to a neurological condition called progressive supranuclear palsy (PSP) in 2017. 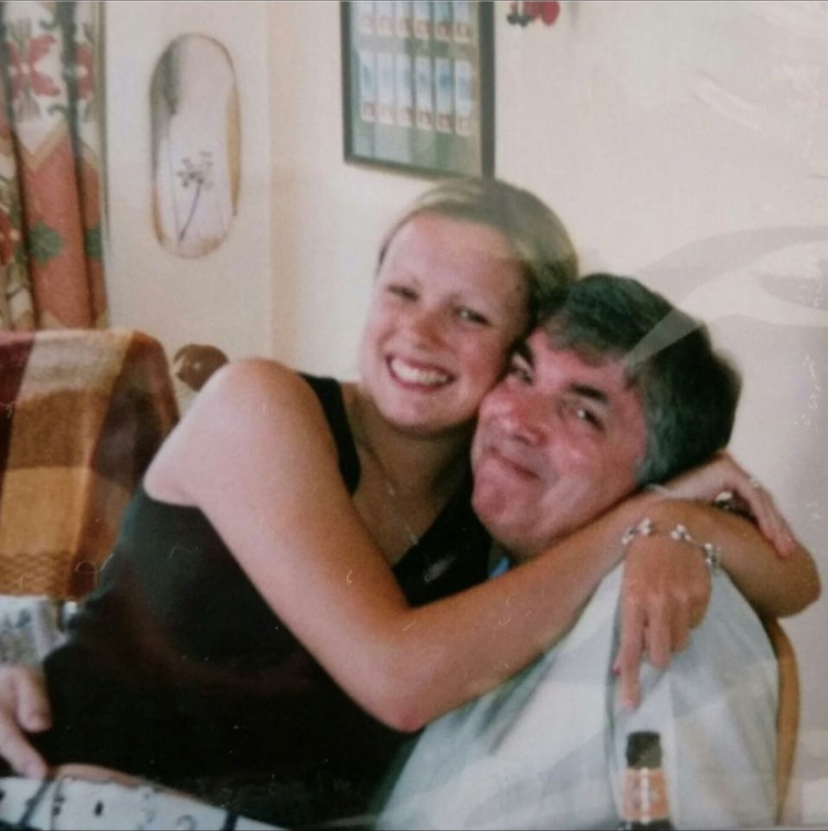 On 17 November I had surgery at University Hospital Coventry and Warwickshire (UHCW) where they removed around 40 to 50% of the tumour and then I began chemotherapy in tablet form. A biopsy showed my tumour was a grade 4 glioblastoma multiforme (GBM) which I knew carried a very stark prognosis. 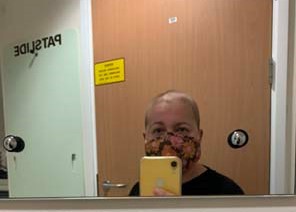 At the end of December, I started six weeks of daily radiotherapy which was relentless, it was honestly the most horrific experience with a two-hour round trip each time. My treatment made it feel like I had a permanent hangover with no relief. 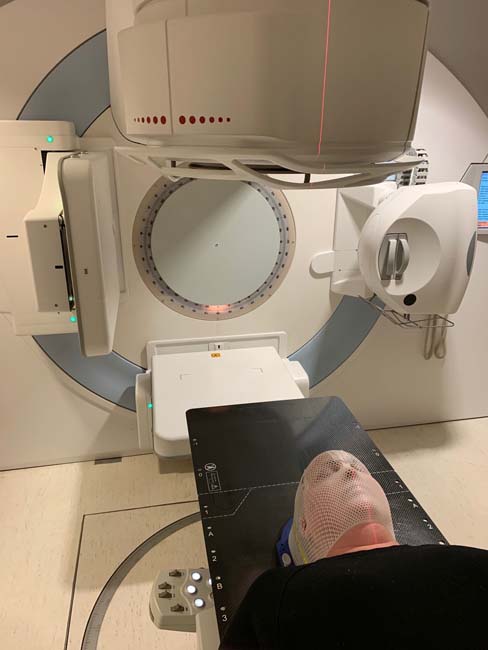 I have six-monthly scans to monitor what is left of the tumour and my last scan showed no re-growth.

In June this year, Andrew and I were married at Warwick Registry Office when I was bloated and bald but so happy to be well enough to enjoy our special day with a few select guests. We had a big celebration when lockdown restrictions were eased in August, and I got to wear my beautiful bridal gown again. 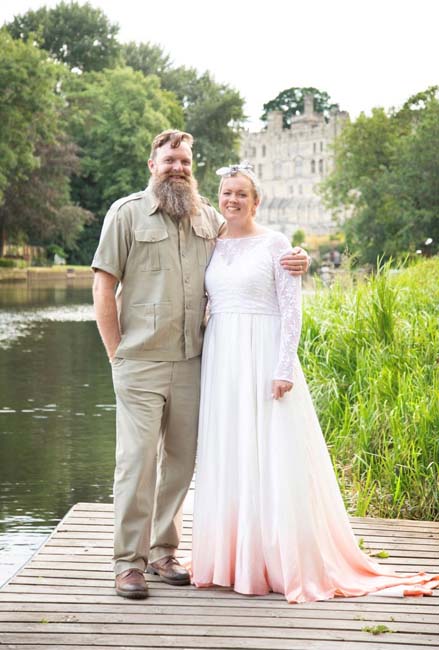 For as long as I can, I want to fundraise and raise awareness of this horrible disease to help others who receive a destructive diagnosis, which is why I signed up to take part in Wear A Christmas Hat Day. 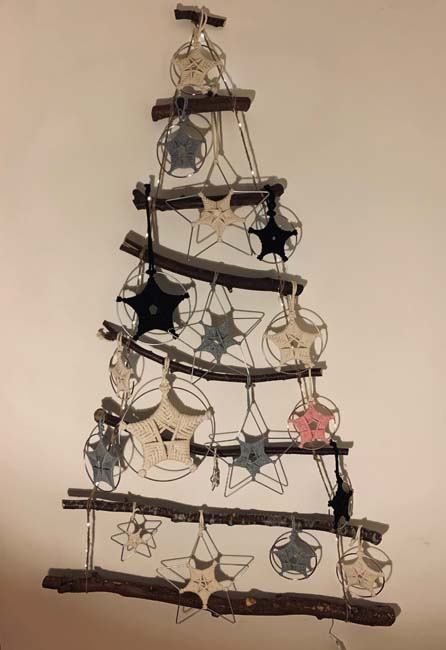 After surgery I found that my right hand wasn’t how it should be; I hated how my handwriting looked and I refused to write any Christmas cards. I started baking and crafting macramé and this acted as my rehab to help me regain my hand mobility. This led me to my first fundraising event for Brain Tumour Research – selling my hand-crafted Christmas decorations online and I’m delighted I’ve raised more than £1,700 so far. 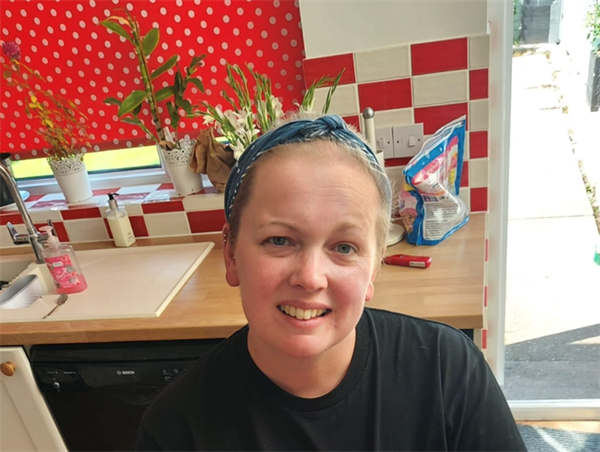