Sisters urge local community to get their Hats on for Brain Tumour Research! 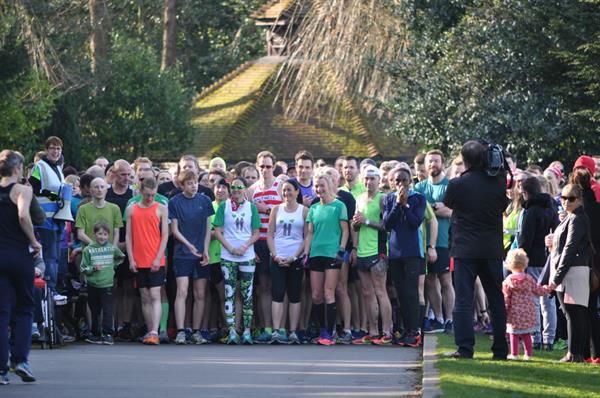 A woman from Wardley in Gateshead and her sister from Houghton le Spring, Sunderland are inviting local people to help raise funds for scientists working to find a cure for brain tumours.

Lisa Atkinson 36, from Gateshead and Louise Bircham, 37, from Sunderland (and Mam to Cameron 13, Adam nine and Jessica five), lost their beloved mam from East Herrington two years ago on 25th March 2016, 18 months after she was diagnosed and despite surgery, chemotherapy and radiotherapy treatment. In her memory they set up The Lorn’s Legacy to fundraise for game-changing national charity Brain Tumour Research and have already raised around £9,000 with a target to hit £10,000 by the end of the year.

The grieving sisters are taking part in the 5K park run in Saltwell Park, Gateshead on Saturday 24th March and for the third year running are calling on all runners to wear green  (Lorna favourite colour) in memory of their mam and make a donation to charity.

The run takes place a few days ahead of Brain Tumour Research’s annual Wear A Hat Day on Thursday 29th March across the UK, so Louise and Lisa are asking people to come along to the Saltwell Towers café after the park run, wearing hats if possible and buy raffle tickets or hat pin badges to raise vital funds for research.

Lisa explained: ““Every year more than 16,000 people are diagnosed with a brain tumour in the UK, and this cause is very close to my heart, having lost my beloved mam. More research is vital if we are to understand what causes different types of brain tumour, and importantly find a cure for this devastating disease.

“It would be fantastic if as many people as possible could come along on the 24th to support our fundraising for Brain Tumour Research in memory of Lorna. We desperately want to help scientists find more effective treatments and ultimately a cure so that other families don’t have to go through what we have.”

Brain Tumour Research funds a network of Centres of Excellence, where scientists are focused on improving outcomes for the many thousands of families affected by a brain tumour diagnosis every year, and, ultimately finding a cure.

Wear A Hat Day this year is led by Caprice, a survivor of the disease. Businesswoman, model, actress and mum, Caprice, revealed she had been diagnosed with a brain tumour in April 2017. She recalls: "I had headaches that were not going away and my vision was beginning to act up."

Alongside Debbie McGee and Sheila Hancock, Caprice is joining supporters, clinicians, researchers and MPs in a programme of charity events in the run-up to Wear A Hat Day 2018.

Television, radio and stage performer, Debbie McGee, lost her husband Paul Daniels to a brain tumour in 2016. Debbie teamed up with the charity to produce a special ‘Rabbit in a Hat’ badge (available via the charity) as a tribute to the great magician.

Long-time supporter, actor and author Sheila Hancock CBE, whose grandson survived a childhood brain tumour, will also be appearing in the charity ad campaign for the second year running.

The charity has again partnered with Hobbycraft, the UK’s largest craft retailer, running in-store events and donating a percentage from sales of their exclusive ‘Pink Glitter Side Hat’ to the charity.

Milliner Noel Stewart has joined fashion luminaries such as Philip Treacy OBE and Stephen Jones OBE to design a limited-edition enamel brooch for the new campaign. This is available from www.wearahatday.org

Carol Robertson, Head of Community Fundraising (North) at Brain Tumour Research, said: “Brain tumours are indiscriminate; they can affect anyone, at any age. We are extremely grateful to Louise and Lisa and all The Lorn’s Legacy’s supporters for getting involved, and hope people will be inspired to hold their own Wear A Hat Day events. It’s as easy as wearing a hat and making a donation!”

For more information or to support The Lorn’s Legacy, email lisanic81@hotmal.com  or to donate go to www.justgiving.com/fundraising/theLornsLegacy