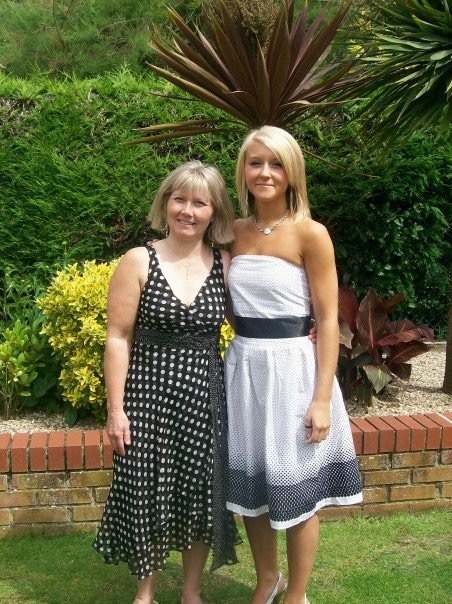 Tributes are pouring in for a young mum who has passed away four years after being diagnosed with an aggressive brain tumour.

On Wednesday, 19 December, Gemma Edgar, 33, from Colchester, died peacefully in St Helena Hospice with her family by her side, leaving her two boys, Dylan, six, and Noah, four, without their devoted mum.

A former paediatric nurse, Gemma was 29 when she was diagnosed with a glioblastoma multiforme (GBM) just eight weeks after giving birth to her second son, Noah (who went on to endure his own battle with retinoblastoma – a form of eye cancer). She was given a survival prognosis of 18 months.

Her dad, Andy Relf, wrote on social media: “Our inspirational, brave, loving, caring, fun and beautiful sunflower has lost her long and courageous battle against her brain tumour.”

Gemma and her family became staunch supporters of and fundraisers for the Brain Tumour Research charity after learning that brain tumours kill more children and adults under the age of 40 than any other cancer. Shockingly, despite this, historically just 1% of the national spend on cancer research has been allocated to this devastating disease.

Gemma made visits to Brain Tumour Research’s Centres of Excellence at Imperial College and at Queen Mary University of London on separate occasions to tour the labs and talk to researchers about their vital work to improve patient outcomes and ultimately find a cure. She also placed tiles on the Wall of Hope at these centres representing days of research sponsored by her fundraising along with other family members.

Gemma and her family have incredibly raised more than £27,000 for Brain Tumour Research through events and challenges including a sky dive undertaken by her husband Robert and two friends which raised almost £8,500, a daring open ocean kayak challenge completed by her brother and father Lee and Andy Relf which raised close to £13,000 and a Wear A Hat party held jointly by Gemma and Lee, which raised over £800. Also a lighthouse to lighthouse ocean kayak challenge last month by Glenn Eldridge and Jack Coop, two Cornish friends of the family, raised an awesome £2,360.

However, it was Gemma’s commitment to raising awareness of brain tumours and campaigning for more research funding, for which no value can be placed.

Most recently, Gemma and her mother Barbara came to Brain Tumour Research’s head office in Milton Keynes for the launch of Wear A Hat Day in March this year, where they met businesswoman, supermodel and brain tumour survivor Caprice Bourret. Caprice was so touched by Gemma that she visited her twice while she was being given end-of-life care at St Helena Hospice.

Incredibly, whilst undergoing chemotherapy, Gemma completed the 2018 London Marathon for the Children’s Eye Cancer Trust, having got into running after her brain tumour diagnosis as something good for her mental health as well as her physical well-being. She also completed more than 60 Park Runs since her first in January 2017.

Just a couple of weeks before the sad news of Gemma’s passing, her friend Cara Greenley organised Run for Gem in Colchester’s Castle Park which saw hundreds of participants, inspired by Gemma’s story, get together to complete a 5K. Monies from the entry fee and donations for refreshments at the finish resulted in more than £4,000 being raised, for St Helena Hospice and Brain Tumour Research.

Andy said after the Run for Gem event: “The big bonus of running which Gemma hadn’t anticipated was the amazing community she entered into. All the runners got behind her and their love and support spurred her on and meant so much to her. This was demonstrated in huge proportions to the family on Saturday with people who don’t even know Gemma, but who had been touched by her story, taking part. It means so much to Barbara (Gemma’s mum), Lee and me and gives us strength too.”

Other charity fundraising events inspired by Gemma in the pipeline, all organised by friends before the tragic news of her passing, include a Boxing Day Dip courtesy of Ellen Stuart, a bootcamp in January and a skydive both the work of Kirsty Enefer and Sarah Langford will be running the London Marathon and has already attracted more than £850 in donations.

Sarah Isted has a fundraising initiative on Facebook inviting people to Raise a Gin for Gem and make a donation, which has raised £750 to date.

Separate to the support for Brian Tumour Research, Gemma, her friends and family have raised more than £20,000 for the Children’s Eye Cancer Trust and St Helena Hospice – a testament to how incredibly inspirational Gemma was.

Lee Relf, Gemma’s only sibling, said: “It hasn’t sunk in yet that Gemma has gone. It all feels surreal. She was such a big part of my life that it will never be the same again.

“All we can do is carry on her work of fundraising and raising awareness for the charity and keep running and smiling and telling the boys all the stories about their beautiful and loving mum.”

Liz Fussey, Community PR Manager for Brain Tumour Research said: “We have been deeply affected by the news we had been dreading that Gemma had passed away. She had been so positive and inspiring ever since her diagnosis four years ago. We are indebted to Gemma and her parents and brother for all they have done to raise awareness of this devastating form of cancer which is the biggest cancer killer of the under 40s.

Added to this, Gemma and her family have raised tens of thousands for the charity through a series of events and challenges to support vital research in our Centres of Excellence.

Gemma’s death spurs us on to work ever more resolutely towards better outcomes for patients and ultimately a cure.”

To make a donation please go to https://www.justgiving.com/fundraising/lee-relf3


Notes to Editors
Brain Tumour Research is the only national charity in the UK dedicated to raising funds for continuous and sustainable scientific research into brain tumours, and we are a leading voice calling for greater support and action for research into what scientists are calling the last battleground against cancer.