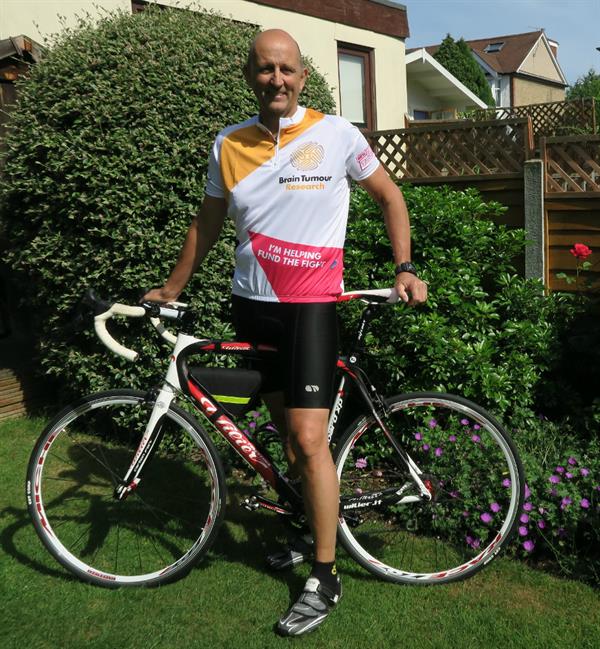 A man who lost his brother-in-law to a brain tumour will tackle a 100-mile cycle challenge to help fund vital research into the disease.

Alan Norris, a finance manager from Woodford Green, Essex, is preparing to take on the annual Prudential RideLondon following the death of Tony Withey, a builder from Loughton, Essex. Shocked by the lack of funding into brain tumours, Alan is aiming to raise £500 in aid of the Brain Tumour Research charity.

Alan, aged 58, said: “At my age, signing up for a 100-mile cycle is a real challenge. I’m both excited and worried about the ride but I know the pain I’ll go through will be nothing compared to what my brother-in-law and other brain tumour patients have experienced. Tony was full of life and loved by everyone he knew, so he is missed dearly.”

Tony had no symptoms and was fit and well until he suffered a seizure while driving in May 2006. He was diagnosed with an aggressive brain tumour later that year and despite surgery, he died just seven months after his diagnosis in January 2007, aged 60, leaving behind his wife, Jan Withey, who is Alan’s sister.

Alan added: “Having already completed several triathlons, attended golf days and trekked the Himalayas for this worthy cause, being part of the Brain Tumour Research team at the Prudential 100 will be a real privilege.”

Some 25,000 are expected for the RideLondon-Surrey 100-mile sportive which will set off from the Queen Elizabeth Olympic Park in east London on Sunday 29th July before heading through the capital and out into the Surrey countryside and returning to the finish on The Mall.

Michael Thelwall, Head of Fundraising for the Brain Tumour Research charity, said: “For too long, brain tumours have been a neglected cancer. Tony’s story reminds us all that we cannot allow this desperate situation to continue. We are extremely grateful to all our riders for their support and wish them well.”