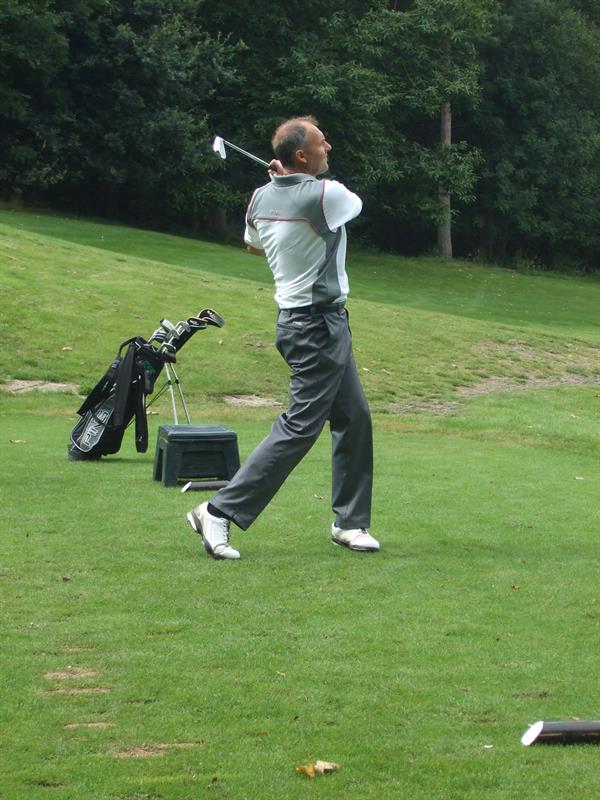 A Mottingham man who was diagnosed with an aggressive and incurable brain tumour after experiencing co-ordination problems on the golf course will be remembered on Friday, 27th April.

Friends of the late Glenn McMahon, a former golf club captain, who passed away on 6th June 2015 aged 53, as well as golf enthusiasts keen to support a worthy cause, will get together later this month for a third annual memorial event at Westerham Golf Club, where Glenn was a keen member.

There will be a Four Ball Competition with registration from 11am – visitors can take part for £65 and members for £40, which includes a charity donation as well as coffee and a bacon roll. In the evening, Westerham Golf Club and the Glenn McMahon Foundation are inviting people to enjoy a two course meal, disco, and raffle for £20, starting from 6.30pm. Already more than 80 people have signed up for the competition, with more coming in the evening with golfers are bringing friends and partners.

Glenn’s wife, Wendy, set up the Glenn McMahon Foundation, a fundraising group under the umbrella of national charity Brain Tumour Research, after losing her beloved husband to a glioblastoma multiforme (GBM) brain tumour. To date, the foundation has raised more than £45,000 – enough to sponsor 16 days of research at one of the charity’s Centres of Excellence.

Wendy said: “We were so shocked to discover that Glenn’s survival prognosis was just 12 to 18 months after his diagnosis in September 2013. It was on the golf course that Glenn first realised something was wrong. He started to have difficulty moving his right foot. This affected his position, especially when putting. At first we put it down to a fall.

“Less than 20% of brain tumour patients survive beyond five years compared with an average of 50% across all cancers. This is unacceptable.

“Having only got together a few years earlier, we married in February 2014, knowing that our time together would be very limited. We were determined to make the most of every day.

“Glenn loved sport, including football and cricket, as well as golf, and had the privilege of being Captain of Westerham Golf Club before his illness prevented him from playing. He also loved travel, good food and wine and never passed on a cream tea! Glenn was passionate about music and sang along to Pink Floyd, Madness and Amy Winehouse, albeit off-key. We had a blast and he was such a joy to be around.”

Wendy concluded: “I am so grateful to everyone who is supporting this event in Glenn’s memory and particularly to Westerham Golf Club. More research is needed so fewer lives will be devastated by this dreadful disease. I want to see a day when cancer is no longer life-threatening. We must act to improve outcomes for patients and increase funding into brain tumour research.”

Tim Green, Community Fundraising Manager at Brain Tumour Research said: “Brain tumours are indiscriminate; they can affect anyone at any age. What’s more, they kill more children and adults under the age of 40 than any other cancer... yet just 1% of the national spend on cancer research has been allocated to this devastating disease.

“We are hugely grateful to Wendy and all those supporting the Glenn McMahon Foundation, fundraising for Brain Tumour Research. This will help us continue to fund research within the network of world-class Centres of Excellence the charity has already established in the UK, including within Queen Mary University of London and Imperial College, London.”

To join in the fun on 27th April, contact Wendy McMahon at w_mcmahon@hotmail.co.uk or Mike Chubb at mike.chubb@westerhamgc.co.uk

To donate in memory of Glenn go to www.justgiving.com/fundraising/wendy-mcmahon6