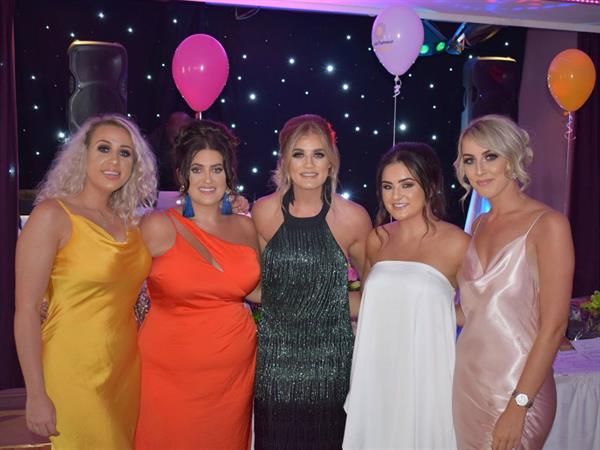 Two Workington brothers whose lives were shortened as a result of brain tumours have been remembered at a charity ball in aid of the Brain Tumour Research charity.

Over 150 friends and family members attended the ball at Washington Central Hotel in Workington to commemorate brothers Michael and Richard Jeffery who both died from brain tumours. Raising £3,500, the money will help the Brain Tumour Research charity fund sustainable research into a cure.

Richard Jeffery died from a highly aggressive and incurable brain tumour, a glioblastoma multiforme (GBM), in 1991 at the age of 25. His brother, Michael, was then diagnosed with a brain tumour in May 2016, 25 years on from his brother’s death.

Michael, who worked at Sellafield Ltd. in Cumbria, suffered from a mini seizure which was suspected to be a stroke. However, a hospital appointment two weeks later revealed that this was not the case. After months of hospital appointments Michael was diagnosed with an astrocytoma and underwent radiotherapy but the treatment was unsuccessful and Michael deteriorated until his death 18 months later in December 2017.

The Jeffery brothers’ niece Annabelle Porter, 26, who also works at Sellafield, said: “The charity ball was such a successful event and I’m pleased to say we’ve raised over £3,500 for the Brain Tumour Research charity in memory of my uncles.

“Outcomes for brain tumour patients haven’t significantly improved since my Uncle Richard died and, sadly, my Uncle Michael’s death is testament to this fact. We can’t believe that we’ve lost both of them to this cruel disease and we want to do whatever we can to support the Brain Tumour Research charity.”

Carol Robertson, Head of Community Fundraising for the Brain Tumour Research charity, said: “Stories like Richard’s and Michael’s remind us that we cannot allow this desperate situation to continue. Brain tumours kill more children and adults under the age of 40 than any other cancer yet just 1% of the national spend on cancer research has been allocated to this devastating disease.

“We are extremely grateful to Annabelle and the rest of the Jeffery family for supporting us and we hope their charity ball inspires others to help us find a cure.”