The personal reasons that place us at the forefront 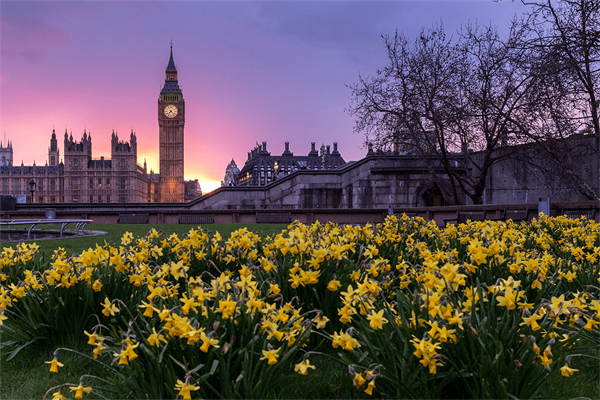 Our PR and social media teams are working hard this Brain Tumour Awareness Month to raise awareness and thanks to our brain tumour campaigners, we can celebrate some notable successes over the past few days.

Campaigner Stuart Grant, who was diagnosed with a brain tumour in 2019, met Mid-Norfolk MP George Freeman last week. Mr Freeman is the Minister for Science, Research and Innovation, he is someone who knows our charity well and has supported Wear A Hat Day before as well as visiting our research centre at Queen Mary University of London. The Eastern Daily Press reported on the meeting under the headline – “Minister aims to put UK at forefront of brain tumour fight"” and quoted Mr Freeman extensively as he said “We have to understand the underlying mechanism of the brain and that deep research is the key really to developing new treatments. All of us who have had anything to do with medical science know that in the end it's all about patients. It's people like Stuart who are actually walking the hard yards, raising the money, supporting research medicine. Below the neck, we have sort of worked out how the body works, but above the neck the brain we still don't understand how it works. Until we really understand we're not going to be able to develop proper cures. Stuart's work is absolutely vital, funding core brain research so we can understand and get on top of this disease."

This would be great messaging coming from a spokesperson from the charity in an interview, but it is even better coming from the Minister for Science, Research and Innovation, although we would add to Mr. Freeman’s comments that, as valuable as the fundraising in our community is, it needs to be supported by Government funding too.

As Parliamentary Under Secretary of State for the department of Science, Research and Innovation, George Freeman oversees the budget which is managed by the Department for Business, Energy and Industrial Strategy (BEIS) through a non-departmental public body of the Government called UK Research and Innovation (UKRI) which includes the Medical Research Council (MRC). Like Brain Tumour Research, the MRC funds early-stage science, which underpins all clinical innovation. So, we very much look forward to meeting George in the next couple of months to discuss the research funding topic and breaking down the barriers to progress since he recommended the establishment of the Task and Finish Group on brain tumour research funding, in 2016 when he was a Minister for Health.

In Parliamentary business this week many of you got in touch to let me know about the question from Jeremy Hunt MP to the Secretary of State for Health;

“Dear Mr Speaker. Today is brain tumour awareness month. The Secretary of State kindly wrote to me in January when my mother died from a brain tumour and Baroness Tessa Jowell was much loved on both sides of this house. She also of course died from a brain tumour. Given that it is the biggest cause of cancer death for the under-40s and we still don’t know what causes them, does he agree that this should be a priority for research so we understand as much about brain tumours as we do about other cancers.”

“Mr Speaker, can I once again express my condolences to my Right Honourable Friend for his loss. He’s absolutely right to raise this and the need for more research and that is one of the reasons why, back in 2018 we announced £40 million of extra research funding over the next five years. I can tell him some £9 million of that has already been committed to some ten projects, and in addition the Tessa Jowell Brain Matrix is an exciting new trials platform that will give people with brain cancer access to trials and treatments that are best suited for their individual tumours.”

This week we wrote to Mr Hunt to offer condolences for the loss of his mother but also to remind him that ‘back in 2018’ when funding opportunities were being announced by NIHR and CRUK, Mr Hunt, then secretary of State for Health himself, said “While survival rates for most cancers are at record levels, the prognosis for people with brain tumours has scarcely improved in over a generation. I am grateful to Baroness Jowell and other MPs who have campaigned with great dignity and courage to raise awareness of this issue. Our ambition is to deliver a big uplift in the funding of brain cancer research, while galvanising the clinical and scientific communities to explore new avenues for diagnosis and treatment in the future – it is a chance to create a genuine, step change in survival rates for one of the deadliest forms of cancer.”

We now know of course, through Mr Javid among others, that, of the £40 million made available for allocation through the NIHR, four years later less than 25% (‘some £9 million’) has been allocated, let alone found its way to the scientists’ bench.

This is an area the APPGBT inquiry is looking into and as mentioned in previous updates, we use Parliamentary Questions (PQs) to get the knowledge we require to challenge and to change the current position. Parliamentarians who are friends of the APPGBT or have been lobbied by campaigners who are part of the community reading these updates, have been asking questions and the answers are coming back. To stay fully up to date, keep an eye on this page which is frequently updated:

We were also delighted that an item on a new research paper from our Imperial College, London research centre made it into Daily Mail, The National and Yahoo this week.

When it comes to raising awareness of the need for more research this week our valued celebrity supporters like Jo Whiley and Debbie McGee were visible, fully supportive and prepared to open up to a humbling degree about the impact brain tumours have had on their life and their own personal reasons for supporting Brain Tumour Research.

Last week we reported on the beginning of UK production for GBM vaccine – it was an optimistic item, but we are aware that, with nothing having really changed for those diagnosed with GBM, for far too many years any glimmer of progress is seized on by a community desperate for progress. It is important to always balance the positivity of a statement from a pharmaceutical company with the pragmatism of a leader in our field and we turned to Dr Helen Bulbeck from our friends at partner charity brainstrust for comment - Dr Bulbeck told us;

“Over time the cost of the vaccine will come down once the production is established but will most likely be out of reach for the majority even then. The hope is that this will become Standard of Care - so available on the NHS - but this will take time. We are always pleased to hear news of potential new therapeutics but to get them to benefit the majority of patients remains costly and needs the buy in of a number of key stakeholders.”

On March 1st supporters, Brain Tumour Research team members and researchers came together for a minute's silence. We shared brain tumour stories, a poem and what we can do to help get closer to a cure. Our researchers also laid floral tributes at the foot of the Walls of Hope at our Research Centres of Excellence to remember all those lost to brain tumours. Wherever it was observed the brain tumour minute’s silence was, as every year, a poignant and reflective bonding experience.

Supporting Brain Tumour Research takes many shapes and forms and we are very proud of our signature brooches that are produced for every Wear A Hat Day and are inspired by designs from leading couture milliners A leading light amongst them is the Queen’s milliner Rachel Trevor Morgan and so our signature brooch for 2022 is fit for the platinum jubilee.

There is so much going on in the world that getting your voice heard is a challenge but if you truly believe in what you are doing then you will shout louder and try harder and if we do that together we become an unstoppable and growing force for change. If brain tumour patients deserve one thing it is a change from the options and outcomes that they have had offered them for the past generation