Funding research of the highest quality 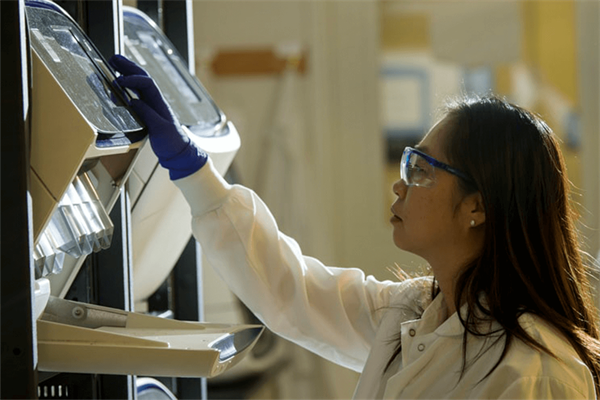 We are often asked this important question, “How do you know that the charity is funding research of the highest quality?” Funding the best science is a critical step to ensuring that we are making the best use of our supporters’ generous donations, with the highest chance of translating research into potential new treatments.

Brain Tumour Research is dedicated to building a sustainable network of research experts at pioneering Centres of Excellence across the UK. By maintaining a long-term commitment to our Research Centres, we enable them to think big and take risks, tackling some of the biggest problems in brain tumour research. Every year, we assess the progress that each Centre is making, checking that their long-term plans are on track. However, every five years, we carry out a substantial review of each Centre, which looks at what they have achieved in the previous five years and what their plans are for the next five years. Known as quinquennial review, it is somewhat like an Ofsted visit for schools, in which an independent group assesses overall performance.

This month, it was the turn of the Research Centre at the University of Plymouth to undergo their first quinquennial review. Led by Professor Oliver Hanemann, the overall goal of the Centre is to develop new treatments for low-grade tumours such as meningioma and schwannoma. Low grade glioma is the most common type of brain tumour in children and it also occurs in adults. The Research Centre is investigating how low-grade tumours arise and how they develop into higher grade ones.

The review was carried out by an international panel of leading scientific and clinical experts. Led by Professor Garth Cruickshank, Chair of our Scientific and Medical Advisory Board, the panel looked in detail at the Centre’s progress since it opened in 2014 and their plans up to 2025. The review panel was also joined by a patient representative, who considered the relevance and significance of the research from the patient perspective. In normal times, the panel would visit the Centre to interview the researchers and assess their laboratories. However, like many activities in 2020, we conducted the meeting by videoconference. Alongside hearing from the researchers leading the Centre’s work, the review panel was also able to take a 3D tour of the laboratories at the University of Plymouth.

We were delighted to hear the panel’s views about the impressive progress made by the Centre. In a short period of time, it has become a leading specialist Research Centre for low-grade brain tumours. The team’s research has led to several impressive publications to date, with more likely to be published over the next year. Professor Hanemann has established a strong community of basic scientists and clinicians, including neurosurgeons and oncologists, working together to identify several new drug targets in low-grade brain tumours. A major focus of the Centre in the future will be to translate these findings into clinical trials towards potential new treatments.

The review panel was also very impressed by the younger researchers who presented their work at the meeting. Alongside conducting outstanding science, the Centre’s important role in developing the next generation of brain tumour researchers was recognised emphatically. The Centre has also been successful in securing external funding, totalling over £2 million. This means that the funding awarded by Brain Tumour Research enables researchers to secure even more funding through prestigious grants from other charities, government, and industry.

Overall, the positive views of the review panel were a resounding endorsement of Professor Hanemann’s vision for the Research Centre, his leadership in making it a success and our supporters’ commitment to raising the funding required. As summed up nicely by the patient representative on the panel, “a patient would be very reassured that money is being well spent”, thereby answering our question at the start of this blog.