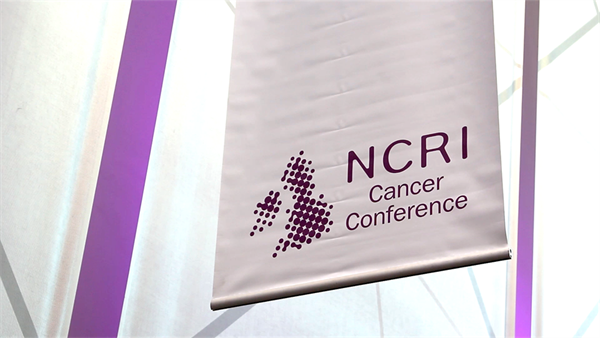 The third day of the NCRI conference had a particular focus on the clinical aspects of cancer research and how research findings can be brought forward to the clinic in order to make a real difference for those with the disease.

The development of non-drug therapies was discussed by representatives from NICE, the National Institute of Health Research (the research arm of the NHS) and the Association of Medical Research Charities. The discussion was preceded by three presentations which provided examples of the development of cutting-edge technology which could significantly improve the treatment of cancer.

The first presentation from Dr Ferdia Gallagher from the University of Cambridge emphasised how far imaging has progressed over recent years and how his group is carrying out research on the development of even more accurate technologies. While this could greatly improve our ability to identify tumours based on the fact that the cells require significant levels of energy to grow, there are a number of key obstacles.

The first is the cost of developing the equipment, which is currently being supported primarily by research charities. Clinical trials are required in order to demonstrate that the technology is more sensitive and therefore more effective than the existing scanning techniques. Even if this is achieved, the routine use of the equipment in the clinic will have to be balanced against competing costs including the routine maintenance of existing scanning equipment.

Dr Ananya Choudhuri from the Christie Hospital in Manchester provided details of a new radiotherapy instrument currently under development. This provides a much more accurate targeting of the radiation beam to treat tumours. Again, clinical trials are required before this can be demonstrated to be significantly more effective than existing clinical approaches. But even if this is proven, there is the challenge of assessing the cost/benefit analysis. How do we compare the provision of better treatments with the cost of developing the equipment required to deliver it? This is a key factor that has to be considered before treatment is approved for use in the clinic.

The final presentation by Dr David Phelps from Imperial College focused on developments in surgery and particularly the use of the iKnife, which facilitates more accurate surgery for the treatment of ovarian cancer.

The Brain Tumour Research Centre of Excellence at Imperial College Healthcare NHS Trust, led by the neurosurgeon Mr Kevin O’Neill, has developed similar technology for the surgical treatment of brain tumours. This technology can greatly increase surgical accuracy by distinguishing between tumour and normal cells. Again, the key obstacle is the requirement for appropriate clinical trials, the cost of the equipment and the associated training of staff to use the technology routinely in the operating theatre.

The panel then discussed the key blockers and how we can work to bring these new technologies into the clinic faster. It was agreed that there is a particular lack of clarity about the approval process underlying the introduction of new therapeutic technologies. Although NICE has a clear mandate for the assessment of drug therapies, their role in the appraisal of non-drug therapy is less obvious and it was suggested that greater transparency is required. The panel were unable to agree on which body is responsible for the ultimate approval of new therapeutic technology — even when approval is given, this still has to be implemented at a local level. Charities such as Brain Tumour Research have a key role to ensure that research is translated into clinical practice.

While there is a particular focus on the development of new and more effective therapies for the treatment, and ultimate cure of cancer, we shouldn’t forget people who have reached advanced stage cancer and who need palliative care. This includes the alleviation of symptoms such as pain, digestive upsets and nausea.

A lecture by Prof David Currow from Flinders University, Adelaide, highlighted the lack of clinical evidence available to inform clinicians about which therapies are the most effective. Most doctors prescribe drugs which are commonly used for the treatment of symptoms in the general population. However, there have been few robust clinical trials to test their efficacy in patients with advanced stage cancer.

An example provided was for the treatment of delirium. While this is frequently treated with anti-psychotic drugs, a clinical trial carried out by Prof Currow and his team showed that these drugs actually made the symptoms worse. However, the worsening of symptoms following drug administration had been attributed by a lot of clinicians as being associated with disease progression rather than any adverse effects of the drugs. He underlined the importance of carrying out robust clinical trials in order to provide guidelines for the treatment of symptoms experienced by people at all stages of cancer.

While the conference has reported exciting developments in the cancer field, there was a significant lack of presentations of research into brain tumours. This underlines the lack of investment into this area of research and how further funding is urgently required to bring it to the level observed for other cancer types.