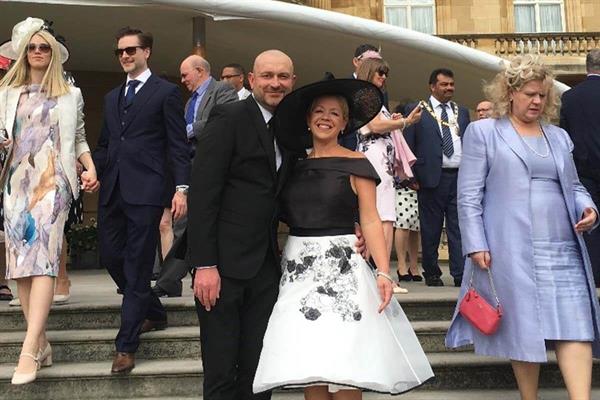 Penny and Wayne Church of Alvechurch in Birmingham were nominated by their local MP Sajid Javid, for their fundraising efforts and attended a Royal Garden Party with HM The Queen in May 2017.

The pair from Alvechurch in Birmingham received the nomination after raising more than £181,000 for the charity Brain Tumour Research after the death of their son, Fin Church.

He died 17 months after he was diagnosed with a glioblastoma (GBM) at just 11 years old and was named a Child of Courage at the Pride of Birmingham Awards.

The couple, who also hosted a picnic in the park in June 2022, in honour of The Queen’s Platinum Jubilee and to celebrate what would have been Fin’s 18th birthday said: “We had no idea we’d been nominated for our fundraising efforts, let alone that we would invited to attend afternoon tea with The Queen at the Buckingham Palace garden party.

“It was a very exciting day from start to finish, seeing the behind the scenes of what it’s like to be part of the Royal family.

“We were all asked to line up along the walkway which a member of the Royal Family would parade down, so we didn’t know which family member we would see – we couldn’t believe it when we saw Her Majesty walking toward us along the walkway of the greenest and most well-manicured grass. It was an incredibly special event.”

In July, Penny was amongst a team of baton bearers nominated by Brain Tumour Research to take part in The Queen’s Baton Relay as part of the Birmingham 2022 Commonwealth Games.