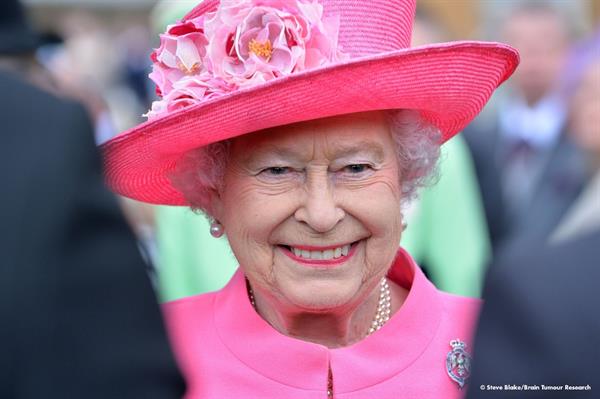 As the nation mourns the passing of HRH Queen Elizabeth II, brain tumour patient, Steve Blake remembers the time he proposed to his now wife during a royal garden party.

The ex-army warrant officer from Southampton spent 18 months as ceremonial photographer to The Queen and The Household Division. He was invited to photograph the royal family at social events and intimate encounters, which included the Duke and Duchess of Cambridge, Prince Charles and the monarch herself.

In 2016, Steve was diagnosed with a meningioma after suffering with debilitating headaches, during his 23-year service with the British Army. A year later, Steve was invited to attend a Royal Garden party where he surprised his partner, Rebecca, with a romantic proposal of marriage as The Queen sipped her afternoon tea next door.

Steve, 40 said: “I’d been thinking about proposing to Rebecca for a while and when I received an invitation to the royal garden party it seemed like the perfect timing. My friends and colleagues who I had worked with over the years helped me make it the most special time.

“We had lunch and then strolled around the gardens, taking in the well-manicured scenery and I kept thinking in my head should I do it here or what about this spot. We ended up doing a full lap of the grounds and when we were next to the band and the tent where the Queen was having her lunch, I got down on one knee and asked Rebecca to marry me. It was such a special moment that I am so grateful for.”