Our tribute to Her Majesty The Queen 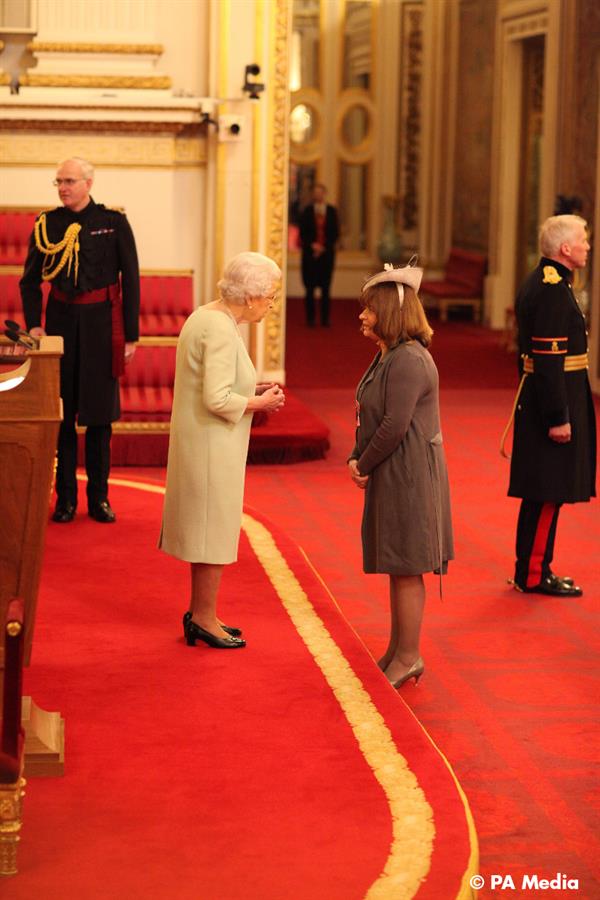 Sue treasures the day she met Britain’s longest-living and longest-reigning monarch when, in 2017, she went to Buckingham Palace to receive her MBE.

She was recognised for her role in co-founding Ali’s Dream, a charity named in memory of her niece who died of an incurable brain tumour in June 2001 and which, with other founding brain tumour charities, launched Brain Tumour Research in April 2009.

As people across the UK and the Commonwealth respond to the news of Queen Elizabeth’s death, Sue joined the tributes and shared her fond memories of the day she met the monarch.

“Her Majesty dedicated her life to our nation and the way she conducted herself as monarch was exemplary – always putting that role ahead of everything. Her contribution to the United Kingdom cannot be overestimated. She has been an inspiration to me and to so many.

She said: “Being presented with the MBE by the Queen was one of the most special days of my life. It was a huge honour to have the work I have done and the work of the charity and its supporters given the royal seal of approval by the Queen herself. My memory of that day will last forever.

“Our thoughts and prayers are with Her Majesty’s family at this time and with all who mourn her.”