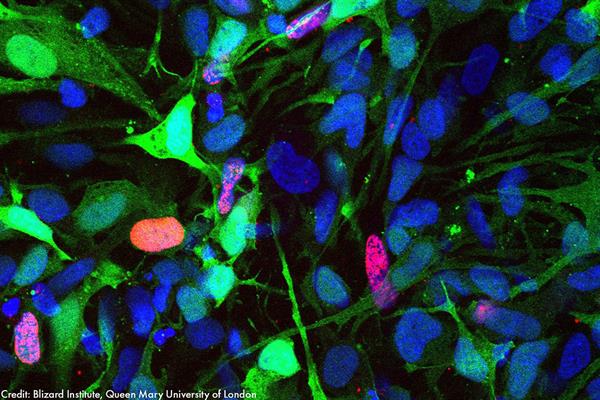 Scientists co-funded by Brain Tumour Research have made a significant finding which could help patients diagnosed with glioblastoma (GBM) – the most common type of primary high grade brain tumour in adults and also the most aggressive and deadly.

Discovered in the 1990s, AT2R is already known to play a role in the central nervous system and cardiovascular systems when angiotensin II binds to it. But now scientists led by Dr Nelofer Syed at the Brain Tumour Research Centre of Excellence at Imperial College London, have discovered it could also have an important role to play in fighting GBM.

The researchers have shown that when angiotensin II binds to its receptor AT2R, on GBM cells, there is a proliferation and invasiveness of the cancer cells. In studies in the lab, they were able to successfully inhibit tumour growth in GBM by blocking the receptor’s activity using a re-purposed drug called EMA401 which was developed for the management of peripheral neuropathic pain.

“This is a significant finding. There is an urgent need for novel approaches to treat GBM which, in the majority of cases, is fatal. There have been no improvements to treatment options for this type of tumour in two decades.”

The results of the work, which has been published in the influential journal PNAS, have identified a new potential therapeutic target, AT2R, coupled with a new drug A3E, for further clinical development.