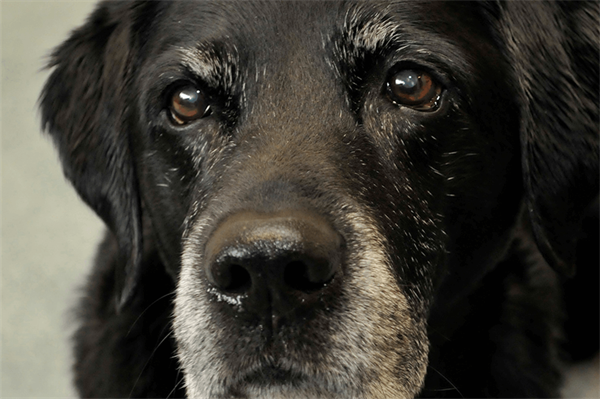 This handsome black Labrador came into the life of trainee RAF pilot Stephen Realf 14 years ago. Jack was Stephen’s pride and joy and just two weeks after welcoming his canine companion into the family home, Stephen was diagnosed with a terminal brain tumour. He was just 19.

Jack was there throughout until Stephen passed away in August 2014, aged just 26.

In his will, Stephen bequeathed his loyal friend Jack to his father Peter Realf and, in the years that followed his death, Jack has remained a central and important symbol in the life of Stephen’s parents Peter and Liz.

Visitors to the family’s home were proudly introduced to him, often with the words “this is Jack, Stephen’s dog.”

The time has now come for Jack to take his final walk.

Paying tribute to him, Peter said: “We have had the honour of caring for Jack until he left us aged 14. Ever loyal, he helped us all through dark times and good days.”

We are thinking of Stephen and his family, of Jack, and of all those who understand the ongoing pain of loss.