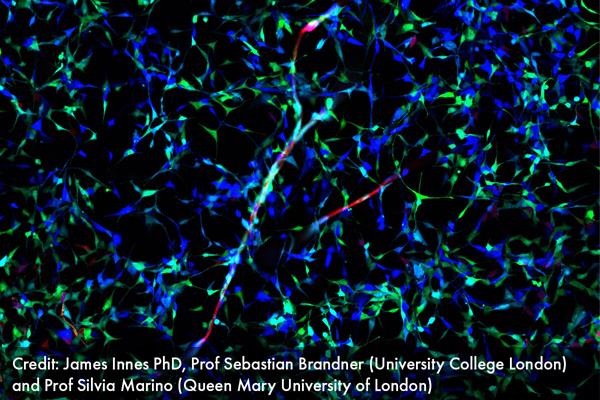 Brain Tumour Research is delighted to announce it is funding Member Charity brainstrusts’s Patient Research Involvement Movement (PRIME) which is focused on ensuring clinical research projects are aligned with the needs of patients. Patient and public involvement and engagement (PPI&E) is key to attracting funding for research and PRIME has already helped to attract over £17m of investment by matching scientists and clinical researchers with brain tumour patients.

The vision of brainstrust is for everyone with a brain tumour to feel less afraid, less alone and more in control and, through PRIME, it is bringing people with direct experience of living with a brain tumour into contact with the clinical research community where they can have direct input and help shape studies and secure funding for research and clinical trials.

This week is GBM Awareness Week and our Director of Research, Policy and Innovation Dr Karen Noble asks: “What is GBM and how will we find a cure?”

An international team of researchers have found that cancer cells can gravitate toward certain mechanical "sweet spot" environments. Looking at both brain cancer and breast cancer cells the team placed cells between two environments, a ‘stiffer’ region and a ‘softer’ region, and observed where they accumulated. The study, which is published in Nature Materials, has provided new insights into how cancer invades the body and could help scientists and engineers understand better how cancer spreads and this knowledge could then improve future treatments.

A recent phase I clinical trial led by Boston researchers has generated promising results for a new blocking antibody therapy that targets a protein critical to medulloblastoma cells’ ability to multiply and spread. In this phase 1 safety clinical trial, 15 children with relapsed or refractory medulloblastomas that did not respond to other treatments received different doses of an antibody called TB-403, which targets a protein expressed in these cancers. Although treatment was safe, there were no tumour regressions with most of the patients experiencing stabilisation of their disease and this persisted for more than 100 days in four patients.

The trial findings are published in Clinical Cancer Research.

New UK research has revealed that patients who receive radiotherapy for pituitary adenomas and craniopharyngiomas are less likely to develop further growths in the brain than previously thought. A study published in The Lancet Diabetes and Endocrinology looked at the risk of a second brain tumour following various types of radiotherapy offered for noncancerous growths around the pituitary gland in the brain. The risk in these patients was found around two times higher compared to that of non-irradiated patients. In the largest study of non-selected patients to date, data from 3,679 patients across six Pituitary Centres were assessed, and the findings confirmed a much more conservative magnitude of this risk than previous estimates, which in one paper was reported to be 16 times higher.

Although new immunotherapies are effective in some patients with melanoma brain metastases, little is known about the reasons for melanoma’s spread to the brain and the lower response rates to many therapies. Researchers have now completed one of the most comprehensive studies of the cells inside melanoma brain metastases, uncovering details that could spur the development of a new generation of therapies. According to the study leader: “Our study gives us new insights into the genomics, immunology, and spatial organization of these tumours and serves as a foundation for further discovery and therapeutic exploration.”

The study results have been published online in Cell.

Kazia Therapeutics Limited has announced the launch of its Scientific Advisory Board (SAB). which consists of four distinguished clinicians and scientists with expertise in the development of innovative therapies for brain cancer. Kazia’s lead programme is Paxalisib, a brain-penetrant inhibitor of the PI3K / Akt / mTOR pathway, which is being developed to treat glioblastoma. The SAB will advise and guide Kazia as Paxalisib moves towards the anticipated completion of GBM AGILE clinical trial platform and then, potential, commercialisation.

An interesting paper to end this week looks at accrual and access to neuro-oncology trials in the United States. Data from the ClinicalTrial.gov registry revealed that most closed trials failed to meet their enrolment goals, with the trend worsening over time. Factors that may affect trial accrual and access were also explored and by investigating geographic, socioeconomic, and population factors, the authors found that trial-hosting infrastructure may not exist in large geographically contiguous and sparsely populated areas or existent, underserved, higher-populated and disadvantaged areas.

If anyone has similar data from the UK, we would be extremely interested to read that.

If you found this story interesting or helpful, sign up for our weekly e-news and keep up to date with all the latest from Brain Tumour Research.