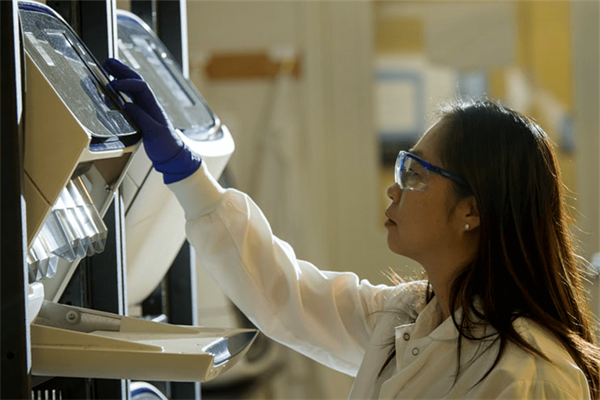 “At Northwest Biotherapeutics, we are excited that our advanced manufacturing facility is now operational in Sawston, where we are able to make “Advanced Therapy Medicinal Products” (ATMPs) such as our personalised dendritic cell vaccines for compassionate use brain cancer patients.  This is a state-of-the-art facility, and is the culmination of years of investment and development by teams of engineers, technicians, scientists and regulatory experts.

Efforts such as Brain Tumour Research’s campaigns for research funding and for attention to brain cancer (particularly through the All-Party Parliamentary Group on Brain Tumours that Brain Tumour Research provides the secretariat for) are essential to support the early stage science that develops into novel therapies such as ATMPs.  Such efforts are particularly important for brain cancer because of the complexity of brain tumours and their extensive variation from patient to patient.

Today, thanks to this research, there is growing knowledge about the sub-types of brain cancers, the genetic and molecular profiles, and the correlation between certain tumour characteristics and the course that brain cancer follows.  This knowledge will help the fight to defeat brain tumours… including through ATMP treatments such as personalised cancer vaccines.”

This week, the All-Party Parliamentary Group on Brain Tumours (APPGBT) held the first oral evidence session of its inquiry ‘Pathway to a Cure – breaking down the barriers’

The inquiry was established to identify solutions to blockages that affect the ability of the scientific and clinical communities to advance options for, and the outcomes of, those affected by this devastating disease. This week’s session looked at the Government response to calls for greater research funding over the past five years to understand where we are now.

As a potential alternative for drug testing without lab animals, researchers have developed and successfully tested a 3D model of living brain cancer that surmounts one of the biggest challenges in tissue engineering; replicating the body's smallest blood vessels.  The researchers reported a technique for replicating these blood vessels, otherwise known as microvasculature, inside collagen hydrogel loaded with living cancer cells. The technique, which is called cavitation moulding, creates cavities small enough for cells to form into blood vessels on a scale more closely resembling those of the human body and could point the way toward the future for drug screening. The full research paper is published in Advanced Materials.

This Twitter thread from a US physician asks why corticosteroids like dexamethasone treat cerebral edema related to brain tumours. He says “I assumed the answer involved "anti-inflammatory effects", but there's much more going on” https://twitter.com/AvrahamCooperMD/status/1495421899375001603

Following last week’s news from our research centre  ( ADI-PEG20 in combination with radiotherapy) there comes a wider interest piece about proteins and AI from Imperial College, London on how AI for life sciences research gets boost from the financial markets. A technique to find hidden connections between stocks and shares has been applied to discovering and mapping connections between proteins. The method aims to speed up life sciences research by automatically updating knowledge about and finding new correlations between genes, proteins and small molecules. Many of these are involved in disease and could be targets for new drugs. The technique uses a branch of artificial intelligence (AI) called ‘natural language understanding’ to scan documents for connections between concepts. In the financial sector, it can be used to find correlations between certain stocks and shares and how they change over time, allowing companies to invest or divest before others are aware of a change. Now, Imperial College London and Vector Space Biosciences researchers have applied the technique to the academic literature, providing a new way to quickly map the changing information about how proteins relate to each other.

The global pandemic sparked a huge superhuman effort to control coronavirus but have the billions spent also had an unexpected impact on medicine and science? This is the thinking behind this week’s final item which is of general interest and asks ‘How Covid changed medicine for the future’