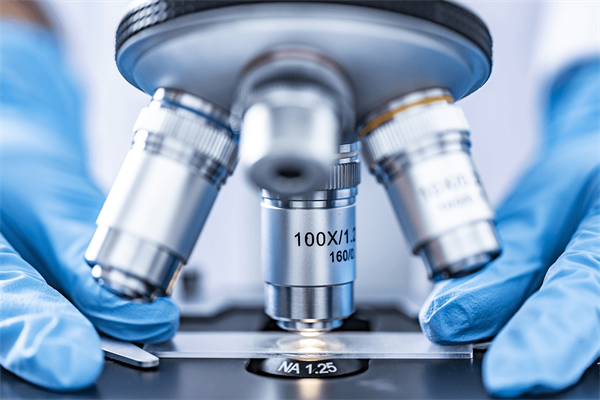 Most medicines are made up of small molecules that move throughout the body and attach to certain proteins, helping prevent or treat diseases. However, the binding between these small molecules and their respective proteins usually lasts for a very short period of time, often limiting their beneficial effect. New research has been identifying a special class of molecules – those that stick to proteins throughout the entire span of their short lives. The focus is on the Pin1 protein, which for quite some time has been known to play a role in the development of several different types of cancer. Pin1 contributes to the disease’s progression in two ways: It supports the activity of other proteins involved in tumour development, and it impedes the work of anticancer proteins. In this study, published in the journal Nature Chemical Biology, researchers have hypothesised that a molecule that could irreversibly bind to Pin1 may prevent both functions. The most effective molecule that was identified was given the name Sulfopin, and preliminary studies involving Sulfopin have focused on Neuroblastoma and pancreatic cancer.

Researchers at the Indian Institute of Science (IISc) have identified blood-based biomarkers that could help predict the progression and survival time in patients with late-stage brain tumours. The discovery could help in better treatment of grade-three and grade-four gliomas which are usually associated with poor prognosis. Researchers from the Centre for BioSystems Science and Engineering (BSSE) at IISc, and the Mazumdar Shaw Centre for Translational Research and Mazumdar Shaw Medical Foundation analysed blood samples from individuals with gliomas to identify surface proteins on immune cells in the blood whose levels were closely linked to tumour progression. The results have been published in OncoImmunology,  under the title of ‘Immuno-phenotyping of IDH-mutant grade 3 astrocytoma and IDH-wildtype glioblastoma reveals specific differences in cells of myeloid origin’

In positive industry news this week, Kazia have announced final data from a Phase II clinical study of Paxalisib in newly diagnosed glioblastoma with their CEO announcing  "The data continues to demonstrate a clear efficacy signal and favourable safety profile, suggesting a meaningful advantage over temozolomide.” Kazia intends to seek publication of the data in a peer-reviewed scientific journal once they have received a final clinical study report early next year.

A couple of academic papers now, with the first being based on the premise that for decades, it has been known that gliomas follow a non-random spatial distribution, appearing more often in some brain regions (e.g. the insula) compared to others (e.g. the occipital lobe). A better understanding of the localisation patterns of gliomas could provide clues to the origins of these types of tumours, and consequently inform treatment targets. This research has been published in the journal Brain.

The second one entitled ‘Lesion covariance networks reveal proposed origins and pathways of diffuse gliomas’, published in the journal BRAIN communications, describes how diffuse gliomas have been hypothesised to originate from neural stem cells in the subventricular zone and develop along previously healthy brain networks. The study went on to evaluate these hypotheses by mapping independent sources of glioma localisation and determining their relationships with neurogenic niches, genetic markers, and large-scale connectivity networks. Their findings describe how the locations of gliomas relate to their proposed subventricular origins, suggesting a model wherein periventricular brain connectivity guides tumour development.

The US based National Brain Tumor Society (NBTS) presents ‘Informed in 30’, a video series that breaks down complex scientific concepts at the forefront of brain tumour research and treatment – this one is about innovation in immunotherapy.

The Society of Neuro-oncology (SNO) has published 15 articles in this Neuro Oncology Advances in Brain Metastases Supplement.