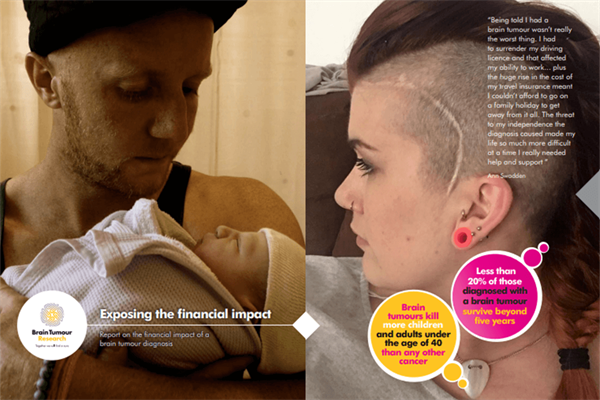 New research has uncovered that for many, the long-term financial impact of cancer can reach more than a year’s average UK salary.

Analysis from Macmillan Cancer Support, reported in today’s Independent newspaper, reveals that more than four in five people living with cancer – almost 2.5 million people across the UK – are hit by a ‘cancer price tag’ that reaches almost £900 a month. Further research also shows there are still tens of thousands of people with cancer in the UK struggling to pay basic living costs because of the COVID-19 pandemic.

The financial hit that many people face as a result of a cancer diagnosis can come from an array of extra and often unexpected needs, as well as a drop in earnings if they are less able to work. For example, the latest figures show that more than half of people with cancer see an increase in day-to-day living costs (54%), with more than a quarter experiencing extra costs travelling to and from their appointments (28%), and around one in six (17%) facing higher household fuel bills. In addition, three in four people with cancer (75%) experience a loss of income.

The report outlined that an average household will lose £14,783 per year following a brain tumour diagnosis versus £6,840 for all cancers. Other key findings included that those affected pay nearly an extra £1,000 per year on household bills, with 30% of survey respondents having to make costly home modifications as a result of their diagnosis; patients are required to surrender their driving licence, leading to a loss of independence and ability to work; and brain tumour patients often fall into debt, owing an average of £4,762.

These findings were submitted to the All-Party Parliamentary Group on Brain Tumours (APPGBT) first ever Inquiry, which resulted in the publication of its 'Brain Tumours - a cost too much to bear?’ report.

Read more about this new research in The Independent here.