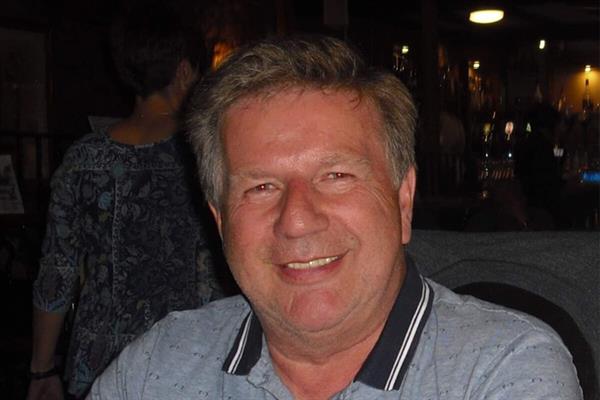 Today, we are remembering Roger Hawkins on the first anniversary of his death from a brain tumour.

Roger died from a glioblastoma multiforme (GBM) on 15th September 2020, aged 67. He left his wife Diane, four children: Darran, Richard, Lauren and Luke, as well as seven grandchildren between the ages of nine and 22.

A MuchLoved tribute page set up in Roger’s memory raised more than £4,000 for Brain Tumour Research. In February, Diane, Lauren and granddaughter Ella took part in our 10,000 Steps a Day Challenge, raising more than £1,000 between them and sharing Roger’s story in their local newspapers to help raise awareness. Earlier this year, Roger’s son Richard completed an 874-mile run – the virtual distance of Land’s End to John O’Groats (LEJOG) – and raised a further £940 for the charity.

Roger was diagnosed with a brain tumour in November 2019, after experiencing symptoms including headaches and weakness on his left side. The tumour was thought to be slow-growing, but three days after the initial scan, the family were told that Roger had an inoperable GBM. Roger underwent radiotherapy and chemotherapy, but sadly passed away just 10 months after his diagnosis.

We send heartfelt condolences to Roger’s family and all his loved ones on the first anniversary of his death.