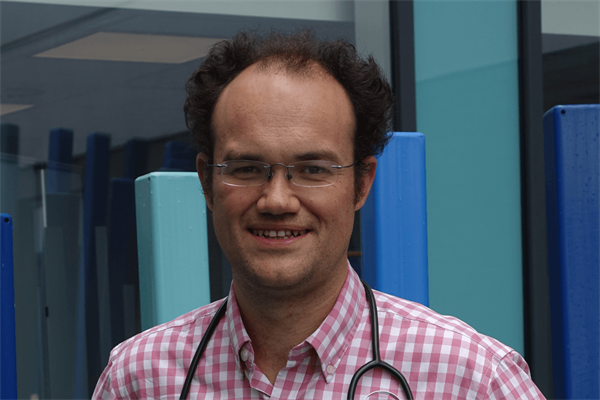 We are delighted to announce the winner of the British Neuro-Oncology Society (BNOS) Young Investigator Award 2021, which Brain Tumour Research is proud to co-sponsor.

The award, which recognises an early-career researcher who has made an outstanding contribution to the field of neuro-oncology in the UK, has been given to John Apps for his work on craniopharyngioma.

John is a National Institute of Health Research (NIHR) Academic Clinical Lecturer at the University of Birmingham and Paediatric Oncology Registrar at the Birmingham Women’s and Children’s NHS Foundation Trust. He is also an Honorary Lecturer at University College London, where the majority of the work contributing to the prize was carried out.

He said: “I am absolutely delighted to win this award. Paediatric craniopharyngioma is a niche area and it is great to be recognised within the wider field of neuro-oncology. In receiving this award, I am also extremely grateful to my supervisors, their teams, and the very wide range of collaborators and contributors who have made the work possible.”

Patients with craniopharyngioma are currently treated with surgery, followed by radiotherapy. During his PhD, John helped identify novel treatment strategies for these patients. In particular, by understanding which genes are expressed within the tumour, he was able to identify targets for drugs. One group of drugs called MEK inhibitors has given encouraging results and it is hoped that a clinical trial will be open later this year.

As well as receiving this prestigious honour, John receives an award of £2,000 to attend one (or more) other neuro-oncology conferences.

Sue Farrington Smith MBE, our Chief Executive, said: “We send our congratulations to John for this well-deserved recognition of his work into this very under-researched brain tumour. We are proud to co-sponsor the Young Investigator Award with BNOS. It is so vital that young researchers are encouraged to remain in the field of brain tumour research as they are the future and will unlock this complex puzzle, getting us closer to a cure for this devastating disease.”