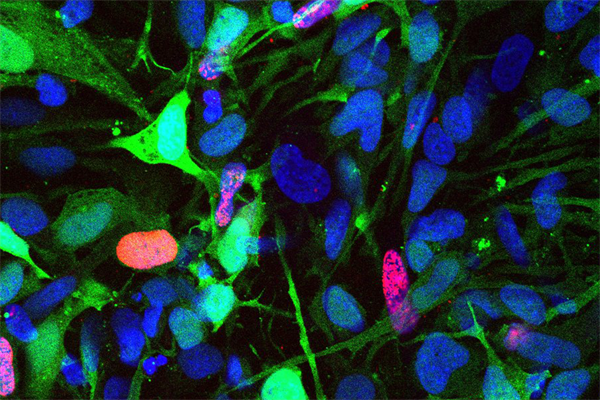 After years of research, there is optimism that the drug lisavanbulin will become the first targeted brain cancer treatment. The Sunday Times reported yesterday that early results from a trial being led by the Royal Marsden NHS Foundation Trust and the Institute of Cancer Research in London were “encouraging”.

Patient Paul Nicholson, 37, said that following his treatment with lisavanbulin, his tumour had shrunk by more than 90%. Mr Nicholson had been given less than 12 months to live; his driving licence was taken away from him, and he and his wife Charlotte, 35, prepared for the worst. But four years later he is still alive, and his results are so good he is now allowed to drive. This month a scan revealed that the treatment, which he takes as five tablets every morning, had shrunk his tumour by 93% from what it was after surgery in 2017.

Chairman of Brain Tumour Research’s Scientific and Medical Advisory Board (SMAB) and Emeritus Professor of Neurosurgery, Professor Garth Cruickshank said: “There are a number of factors to consider in assessing this news. The 90% reduction was only recorded in only one patient who had also undergone both radiotherapy and chemotherapy. It is also true that the existence of a protein critical to this research is only present in very few patients. That said the results are very interesting and of course any positivity surrounding the prognosis of a glioblastoma patient is to be welcomed.”

Following the latest results, an international phase 2 study has begun and centres across the UK, Switzerland and Germany are recruiting patients.