In memory of Aria Nikjooy 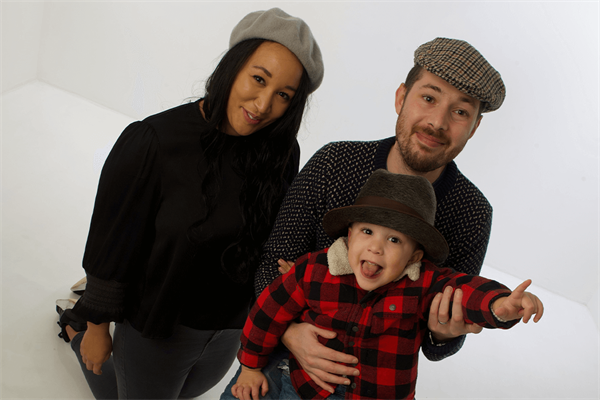 It is with great sadness that we share the news that Aria Nikjooy has passed away.

Aria was diagnosed with a grade 4 cerebellar medulloblastoma in November 2018, aged 27. He underwent surgery, followed by radiotherapy and chemotherapy, and spent two-and-a-half months recovering in hospital.

A year later, Aria was able to return to work on the paediatric rheumatology ward at the Royal Manchester Children’s Hospital, but in March 2020 he was given the devastating news that the tumour had come back and he needed a second craniotomy. Just months later, in July, a routine MRI scan revealed further tumour recurrence and Aria required a third operation and more radiotherapy treatment.

Aria passed away on 8th February, leaving his wife Naomi and their three-year-old son, Eliyas.

Even in his last months, Aria was determined to make a difference and worked with the charity to feature in our Wear A Hat Day campaign, appeared on the cover of Believe Magazine and helped to raise vital awareness of the disease.

As part of his recovery and rehabilitation he wrote a children’s picture book, Eddie and the Magic Healing Stone, to help explain his illness to his little boy and other children in similar situations.

We send our heartfelt condolences to Aria’s family and loved ones at this difficult time.