Our Celebrity Supporter Sheila Hancock made a Dame 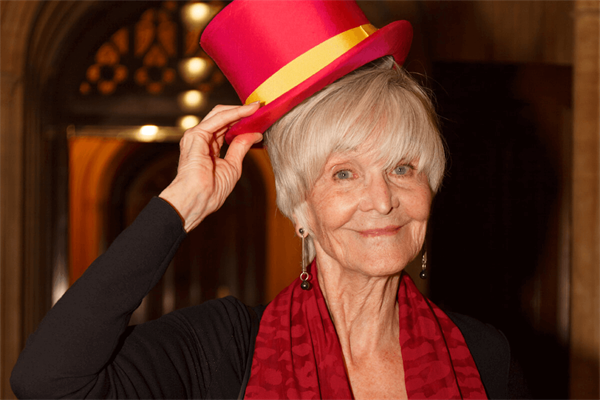 We are delighted that Sheila Hancock has been made a Dame in the New Year Honours list.

A friend of the charity since we launched in 2009, she has been invaluable in the support she has provided in raising awareness of brain tumours.

Her grandson Jack was diagnosed with a brain tumour at the age of four. His nurse also nursed Alison Phelan, our Chief Executive’s niece at Great Ormond Street Hospital and she became a patron of Ali’s Dream which was set up by Sue’s sister and her family after they lost Ali in June 2001.

Sheila became Chancellor of the University of Portsmouth and helped us launch our first Centre of Excellence there in 2010.  She has attended our annual events at Speaker’s House, visited our Centre at Imperial College and has backed our annual Wear A Hat Day campaigns as well as speaking to media on our behalf.

Sheila recently supported our appeal following the lockdown and said: "When my grandson Jack was diagnosed with a brain tumour at the age of four, our family was distraught. Jack is now a 25-year-old teacher, but an increase in positive patient outcomes like his, can only be achieved by sustainable scientific research. Brain tumours kill more children and adults under the age of 40 than any other tumour, yet only 1% of the national spend on cancer research has been allocated to this devastating disease. That is why, since Jack’s diagnosis, I have supported the amazing fund-raising achieved by the charity, Brain Tumour Research."

Congratulations Sheila this is so well deserved.