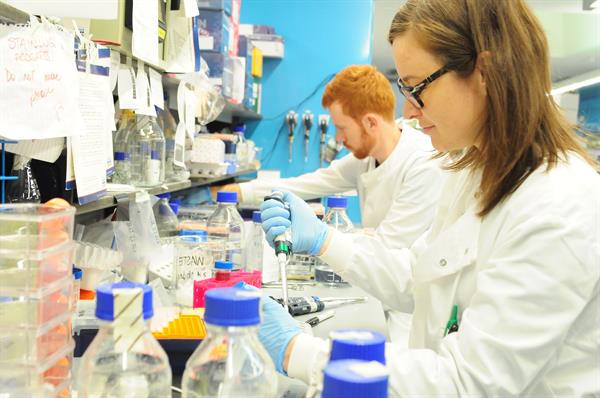 A really big cancer wide story this week is here Immune discovery 'may treat all cancer' – applicable to some solid tumours but not yet brain it really shows the direction of travel toward immunotherapy – I have recommended this book before but if interested please do read The Breakthrough by Charles Graeber it is available on Amazon and you can read reviews here -  www.charlesgraeber.com.Researchers uncover ‘novel drug target for glioblastoma’ by revealing a cellular pathway that appears to contribute to glioma stem cell spread and proliferation. This pathway shows that glioma stem cells’ ability to access key nutrients in their surrounding microenvironment is integral for their maintenance and spread. Finding a way to interrupt this feedback loop will be important for treating glioblastoma.

An intelligent molecule could significantly extend the lives of patients with glioblastoma, research finds. The molecule, called ZR2002, which can be administered orally and is capable of penetrating the blood-brain barrier, could delay the multiplication of glioblastoma stem cells resistant to standard treatment. According to scientists in the Metabolic Disorders and Complications Program at the Research Institute of the McGill University Health Centre (RI-MUHC) the ZR2002 molecule is designed to kill two birds with one stone: on top of attacking the tumour, it destroys its defence system.

Researchers find clues to drug resistance in medulloblastoma subtype.US scientists have identified specific types of cells that cause targeted treatment to fail in a subtype of medulloblastoma. They found while the majority of cells responded to treatment, diverse populations within the tumour continue to grow leading to treatment resistance. They concluded that the diversity of cells within tumours allow them to become rapidly resistant to precisely targeted treatments," and that due to this tumour cell diversity, molecularly precise therapies should be used in combinations to be effective."

According to  a study that uncovers an unexpected connection between gliomas and neurodegenerative diseases  a protein typically associated with neurodegenerative diseases like Alzheimer’s might help scientists explore how gliomas become so aggressive. The new study, in mouse models and human brain tumour tissues, was published in Science Translational Medicine and found a significant expression of the protein TAU in glioma cells, especially in those patients with better prognoses. Patients with glioma are given a better prognosis when their tumour expresses a mutation in a gene called isocitrate dehydrogenase 1 (IDH1). In this international collaborative study led by the Instituto de Salud Carlos III-UFIEC in Madrid, Spain, those IDHI mutations stimulated the expression of TAU. Then, the presence of TAU acted as a brake for the formation of new blood vessels, which are necessary for the aggressive behaviour of the tumours.

'Innovative research award' helps Colorado scientists block brain cancer escape routes Cancers used to be defined by where they grow in the body - lung cancer, skin cancer, brain cancer, etc. But work in recent decades has shown that cancers sharing specific genetic changes may have more in common than cancers that happen to grow in an area of the body. For example, lung cancers, skin cancers, and brain cancers may all be caused by mutation in a gene called BRAF. Drugs targeting BRAF have changed the treatment landscape for melanoma, an aggressive form of skin cancer, and are also in use against lung cancers and brain cancers with BRAF mutations. It is really worth clicking through to read more on this and the ultimate goal of identifying new potential targets for combination therapy and new agents that could be added to BRAF inhibiting drugs in brain cancer to keep the cancer from developing resistance.